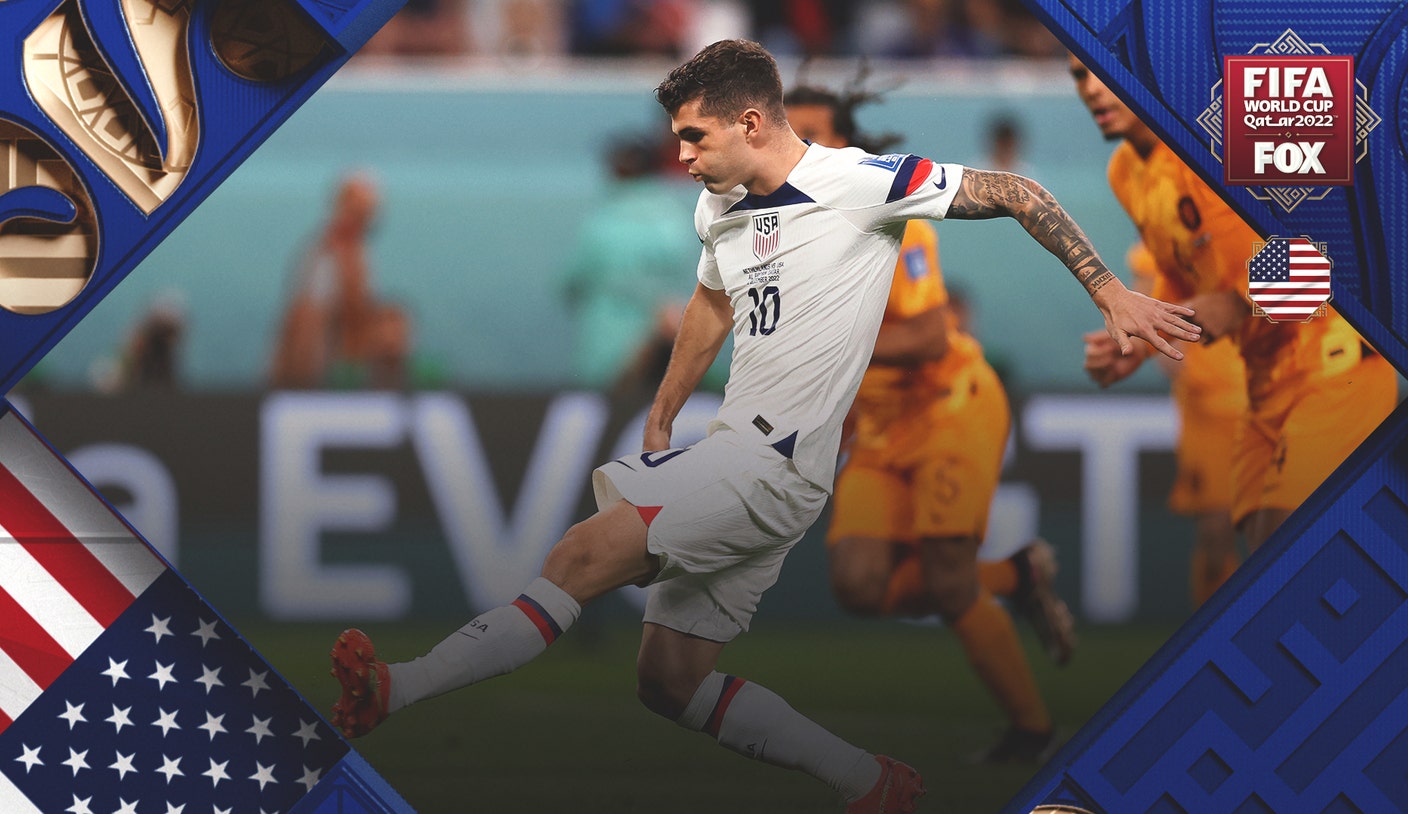 The pain etched on his face after the United States‘ World Cup dream came to an end Saturday against the Netherlands in the round of 16 at Qatar 2022. How his voice, barely audible above a whisper, cracked as he spoke to reporters with tears in his eyes. The way Pulisic – the U.S. team’s headliner and best player – blamed himself for a 3-1 loss that wasn’t remotely his fault.

It’s all so unfair.

Still, there was Pulisic – whose game-winning goal against Iran on Tuesday was the only reason the U.S. was even in the knockout stage in the first place – wondering how things could have been different if only he had converted the best scoring chance the U.S. got all night just two minutes into Saturday’s contest. It was a cruel end to his first World Cup, where he’d played his heart out for his country.

“It hurts,” Pulisic told reporters. “I thought I was way offside when it happened, but I still hit it, you know, and he made a good save.

It’s hard to know how the match would’ve gone had 6-foot-8 Netherlands goalkeeper Andries Noppert not stopped that shot. It might have made all the difference. It probably wouldn’t have. Any way you slice it, the U.S. was outclassed in this match.

Still, the U.S. did dominate the opening 10 minutes. The Netherlands barely touched the ball. The early save mattered, especially in the context of what came next.

“When they score a goal, it’s for teams always a tricky moment because you never know how you’re gonna come back,” Noppert told FOX Sports afterward. “But that’s my job. I have to catch balls and today I did.”

When the Netherlands finally got some sustained possession, they tore open the Americans with a 20-pass sequence that ended with Dutch forward Memphis Depay blasting the ball past Matt Turner and into the USA’s net. The U.S. continued to pour on the pressure in search of the equalizer before conceding a backbreaking second goal in first-half stoppage time.

“We were down 2-0, but it didn’t feel like it should be that way,” Pulisic said. “But that’s what good teams do. They punish you.”

Good teams also have good strikers who shoulder the scoring burden. For all the talent and promise on this U.S. team that was the second youngest at this World Cup, they simply don’t have any elite forwards up top. Josh Sargent, who started two of the three group stage matches, wasn’t available Saturday because of an ankle injury. Jesús Ferreira was a non-factor in his first appearance in Qatar before being yanked at halftime.

Haji Wright, the third striker on coach Gregg Berhalter’s roster, accidently pulled a goal back for the Americans in the second half, but let’s be real: there is no pure goalscorer in the U.S. player pool close to the level of Depay or joint World Cup goals leader Cody Gakpo. Not Jordan Pefok. Not Ricardo Pepi or Brandon Vazquez. And that leaves natural wingers Pulisic and Tim Weah – who had the only other goal the U.S. managed at the 2022 World Cup – having to do the bulk of the scoring. That’s how it is. But it sure isn’t fair.

“When you look at the difference of the two teams, to me there’s some offensive finishing quality that Holland has that we’re lacking a little bit,” Berhalter said. “We don’t have a Memphis Depay right now who’s playing in the Champions League and scoring at Barcelona and who’s been an international [player] for years and years.”

Maybe that player will emerge in the years to come. The U.S. better hope that he does. Scoring goals is the hardest thing to do in the sport. At the highest level, top teams go only as far as their strikers can take them. At 24, Pulisic is already perhaps the greatest player the U.S. has ever produced. But he’s not a striker. It isn’t fair to expect him to always finish like one.

“Obviously, it was unlucky,” midfielder Weston McKennie said. “We had a couple of chances that didn’t go in, but for anyone that may try in the future to say, ‘Oh, if Christian would have scored that,’ I mean, we’ve all seen the things he’s done for this country in terms of soccer.

“He played one hell of a game.”

What to watch for in UConn-South Carolina showdown on FOX