Home Sports Chris Lynn on Mumbai Indians: ‘Instead of a team of 11, there’s... 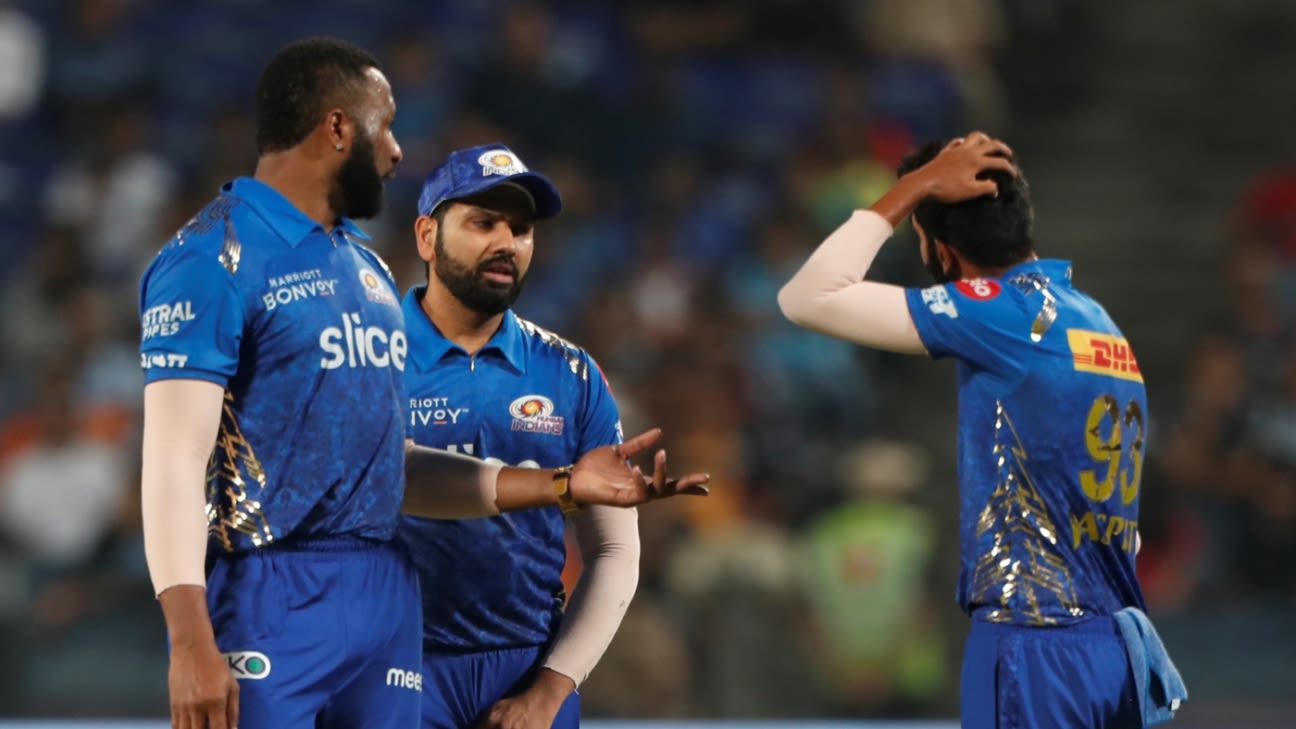 Former Australia batter Chris Lynn, who was with Mumbai Indians for two seasons, says he has begun noticing signs of “factions” within the Mumbai camp. Lynn, who played just one match during his stint, which spanned the 2020 and 2021 IPL seasons, said Mumbai were looking like “11 individuals” rather than a “team of 11”.
Lynn, an expert analyst on ESPNcricinfo for IPL 2022, made these comments on Thursday, after the Rohit Sharma-led Mumbai became the first team in IPL history to lose their first seven matches in an IPL season.

“When you are down at the bottom of the table, guys like your captain, but also Kieron Pollard – he will be normally running in from deep mid-on or mid-off, helping out, calming him down,” Lynn said on ESPNcricinfo’s T20 Time:Out show. “We haven’t seen that with Mumbai yet because they are starting to sort of break off into little groups and they just want to get off the field. And it’s not a great sign. And I think the change room right now wouldn’t be a great place to be in.”

Despite not playing a single match, Lynn was part of the Mumbai squad that won the IPL in 2020. The environment then, Lynn said, was a complete contrast to what it appears to be now. “Flip side of that, when they won the tournament two years ago, there were conversations happening all the time – how can we get better, how can we get out of the over. All those little organic conversations were happening without coaching staff telling them to do that because blokes were up and about wanting to win. So we are not seeing that, we are seeing the complete opposite: it seems like instead of a team of 11, there’s 11 individuals out there.”

Mumbai lost Thursday night’s match in a last-ball finish, with fellow strugglers Chennai Super Kings picking up their second win of the season.

“Winning is a habit and losing is a habit,” Lynn said. “And we are seeing that with Chennai at the other end, they are playing some decent cricket. Mumbai on the other hand – they have got issues with the bat, with the ball, and in the field and mentally. It just seems like there are factions everywhere in the set-up. So hopefully they can sort that out soon because when Mumbai is playing good cricket it is good for IPL, it’s good for world cricket, and they are a very, very impressive side when they are doing well.”

Mumbai have remained at the bottom of the table through this IPL season, and with every defeat Rohit has struggled to explain why he and his players have failed not just in their primary skillsets but also in clinching crunch moments. Despite the failure of Jaydev Unadkat to defend 16 runs in the final over, Rohit praised his bowlers for keeping Mumbai in the game until the last ball. Both Rohit and Mumbai head coach Mahela Jayawardene blamed the top-order failure for the defeat.

“You need to have the instinct to finish a game off,” Jayawardene said in his post-match press conference. “We were making mistakes even today. We knew the wicket was going to be tough for the first six overs. We just had to get through that period and set up a par score. I thought the bowlers bowled brilliantly, executed the plans. The experience of MS [Dhoni] at the end to close the game for them. These are the small margins we need to get over. Last few games as well we had our opportunities. We just need to keep fighting, that’s the message. Boys understand that, they have been working hard but they need to try to execute it out in the middle.”

Tendulkar: ‘This format can be cruel’

Former Mumbai captain Sachin Tendulkar, who is now part of the dugout as mentor, said the expectations borne by Mumbai, who have won five IPL titles, would always put pressure on Rohit’s team. Tendulkar agreed with Jayawardene that Mumbai needed to grab the “crunch” moments.

“Let’s first understand that in this format there isn’t a team who has not experienced what Mumbai Indians have experienced this season,” Tendulkar told Mathew Hayden during an in-match chat with Star Sports. “This format can be cruel. And those crucial moments in a match which don’t go in your favour then literally the margin is like… you lose a game by two or three runs or sometimes even the last ball.

“And those smaller margins, we need to go out and conquer those moments, those crunch moments in the match are what we have to win. And they haven’t gone our way.

“I would like to clarify one more point: in spite of having had a challenging season the boys have gone out and worked as hard as possibly they could during their practice sessions. This is a new team, a young team. It may take a little more time to settle down, but these phases are such where you have to ride through these phases, stick together as a team and find the solution.”