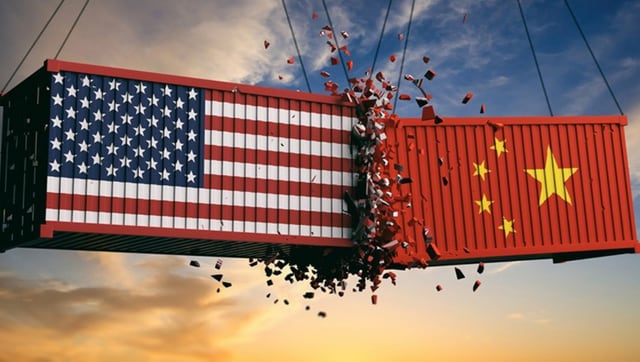 In recent years, a number of Chinese companies have purchased or started the process of purchasing large plots of land close to important US military bases.

This summer, concerns about foreign ownership of US farmland increased after it was revealed that the Chinese agricultural company Fufeng Group had bought 370 acres (150 hectares) of land in Grand Forks, North Dakota, which is about 20 kilometres from a base where some of the most advanced drones are kept.

Some of the best American intelligence, surveillance, and reconnaissance capabilities are housed at this US Air Force base. The base is home to 319th Reconnaissance Wing, which is one of the major operators of the RQ-4 Global Hawk unmanned aerial reconnaissance vehicles. Additionally, the base will house a brand-new space networking hub that will support global US military communications.

The land purchase close to the American military base, according to the USCC report, may be “particularly convenient for monitoring air traffic flows in and out of the base, among other security-related concerns.”

According to Fufeng, the property will be used to build a wet corn milling plant that will separate the valuable amino acids lysine and threonine for use in animal feed. The company’s website claims that majority of the products will be sold in North America.

However, the American contractor in charge of creating the unmanned aircraft systems at the air base, General Atomics Aeronautical Systems, had issued a statement opposing the investment and urging the American government to halt the project.

According to American Military News, Sun Guangxin is the owner of Guanghui Energy Co. Chinese billionaire Sun is said to be connected to the Chinese Communist Party.

The acquisition of land by Guanghui Energy Co. close to Laughlin Air Force Base attracted the attention of both US state and federal lawmakers. The “Lone Star Infrastructure Protection Act,” which was passed by the Texas state legislature last year, forbids all contracts or agreements in Texas with foreign-owned businesses that are connected to Texas’ critical infrastructure.

What has been the response from the US

At least eight states considered enacting a new restriction on foreign ownership of agricultural land, and Indiana passed a new law restricting new foreign investment, citing China as the justification for doing so.

In a letter to the Government Accountability Office, 130 American legislators earlier had asked for a study on the security ramifications of foreign investment in American farms.

According to a press release from Rep. James Comer, the ranking Republican on the House Committee on Oversight and Reform, “China’s ownership of US farmland is a threat to our food security and national security.”

According to him, the lawmakers wanted the GAO to inform Congress about the extent of the threat to the nation’s food supply and how to “best protect the security of the American people.”

What does the data reveal

China owns 352,140 acres, or roughly 1%, of all the foreign-owned land. Only half of the agricultural acres, or 192,000 acres, were owned by Chinese people in 2020. The Biden administration has seen a significant increase in the possession.

An analysis conducted by the United States Department of Agriculture in 2018 found that China has multiplied its agricultural investments abroad since 2009 by more than ten times. The Communist Party has actively encouraged investments in foreign agribusiness as part of its “One Belt, One Road” economic growth goals in an effort to gain more control over China’s food supply chain and use them for espionage purposes.

News Next Desk - December 6, 2022 0
Yashoda, starring Samantha Ruth Prabhu, will be available for streaming on Amazon Prime Video from December 9, the streamer announced on Tuesday.In a...