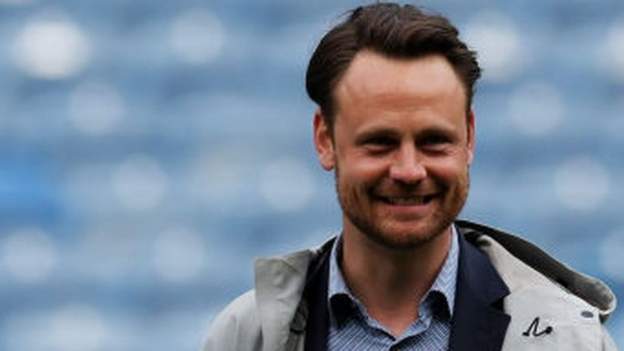 German Vivell, 36, was previously head of scouting and recruitment at RB Salzburg in Austria and oversaw the signing of Erling Haaland in 2019.

His most recent position was recruiting across all age groups at Budesliga side RB Leipzig in his native Germany.

Vivell succeeds Petr Cech, the former Blues goalkeeper, who left in the summer after three years in the role.

“We are delighted that Christopher is taking up this important leadership role at the club,” said Boehly.

“His work in Germany and Austria speaks for itself. We are confident he will continue on his impressive trajectory here at Chelsea.

“He will provide important support to Graham and the ownership group and play a vital part in advancing our overall vision for the club.”

Vivell’s connections to RB Leipzig could work in Chelsea’s favour when it comes to their transfer ambitions, as the club have been linked with Leipzig midfielder Christopher Nkunku and defender Josko Gvardiol.

On his move to Stamford Bridge, Vivell said: “Chelsea are building the most exciting project in global football and I’m extremely proud to be joining the club.

“There is so much potential for the club to continue to succeed, develop and grow.

“Under the new ownership, Graham Potter and the broader sporting team, there is a clear and sustainable philosophy underpinned by performance analysis, data and innovation, and I am looking forward to playing a part in that.”

Chelsea resume their Premier League campaign following the World Cup with a home match against Bournemouth on 27 December.

US sees surprise hiring surge as unemployment edges down

YouTube’s Go Live Together lets you co-host a livestream – but...

News Next Desk - February 4, 2023 0
TikTok has announced an update to its moderation system, which will implement account strikes, similar to YouTube’s community guidelines strikes. The company says it’s...
%d bloggers like this: