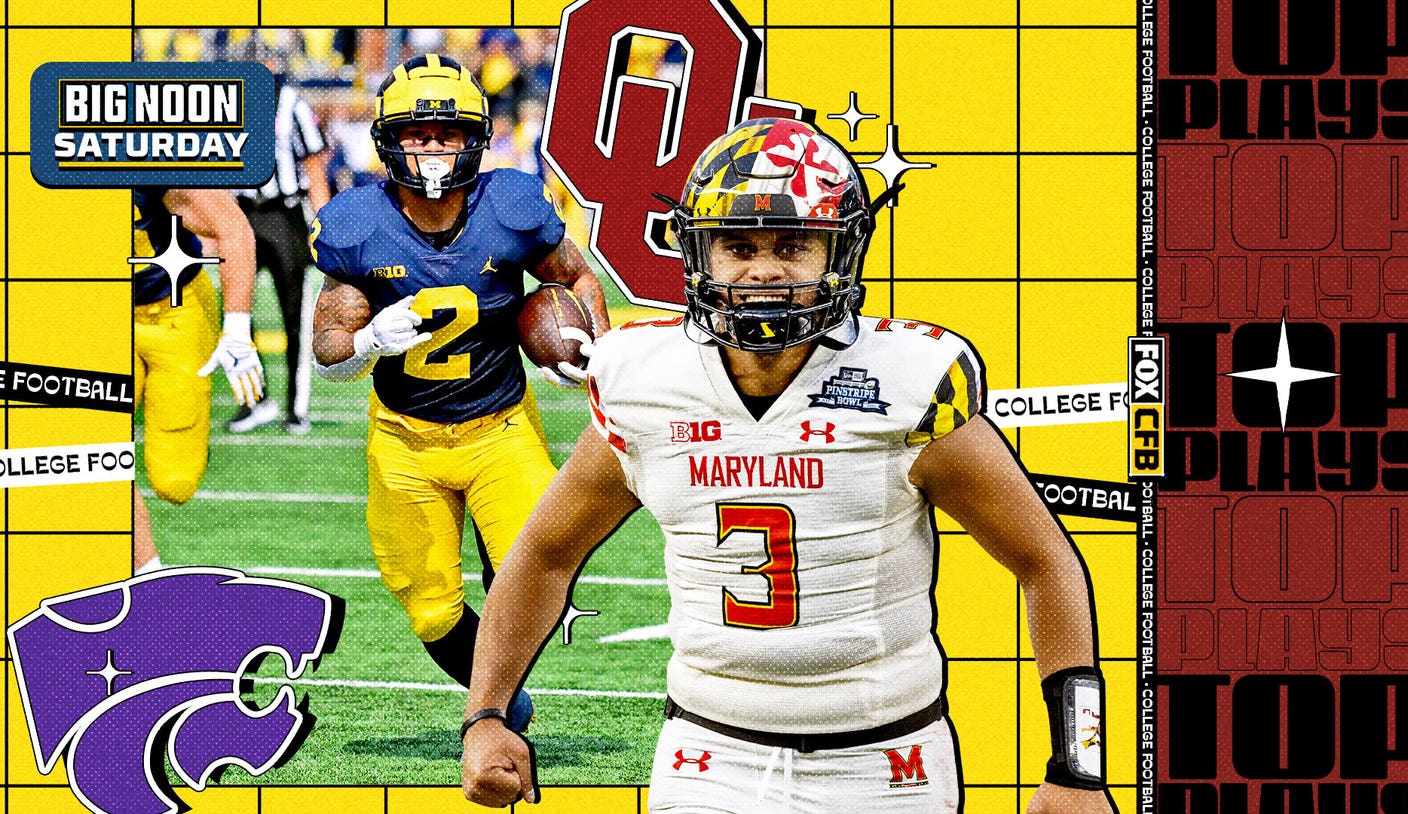 Week 4 of the college football season got off to an outstanding start with a pair of exciting games.

Blake Corum rushed for a career-high 243 yards and two touchdowns as No. 4 Michigan kicked off the day with an impressive victory over Maryland at the Big House.

No. 5 Clemson followed that up with a thrilling 51-45 victory over No. 21 Wake Forest in double OT.

Meanwhile, No. 11 Tennessee is currently taking on No. 20 Florida in Knoxville, while No. 15-ranked Oregon is facing Washington State for the 100th time.

Kicking off the evening window, KJ Jefferson and the No. 10 Arkansas Razorbacks venture to College Station for a date with the No. 23-ranked Texas A&M Aggies, while No. 3 Ohio State hosts Wisconsin in Columbus. Later on FOX, No. 6 Oklahoma meets Kansas State, and No. 18 Washington plays host to Stanford on FS1.

Here are the top plays from Saturday’s packed Week 4 slate.

No. 15 Oregon at Washington State

Washington State QB Cameron Ward got the Cougars on the board early as he took it in himself from five yards out.

The Gators scored the game’s first touchdown as Anthony Richardson ran out of a couple would-be sacks before completing a pass downfield to Keon Zipperer, who broke three tackles himself to get into the end zone.

Tennessee QB Hendon Hooker completed a 70-yard pass to open up the drive after Florida’s first score. Two plays later, he ran it in for a 4-yard score.

Maryland gave away the opening kickoff as Tai Felton let the ball hit his helmet and bounce to a Michigan player, putting the Wolverines at the Terrapins’ 10-yard line. J.J. McCarthy found Luke Schoonmaker on the following play to put Michigan up 7-0.

Maryland QB Taulia Tagovailoa picked up a key first down when he scrambled toward Michigan’s goal-line, getting his helmet knocked off in the process. Maryland scored two plays later to even the score at 10-10 before the first quarter ended.

Michigan gets a questionable interception

DJ Turner went all out to get the interception to end a promising Maryland drive. FOX Sports rules expert Mike Pereira questioned if it actually was an interception because the ball appeared to hit the ground. The play was not reviewed, though, and Michigan received the ball.

J.J. “Kyler Murray” gets the first down

Possibly inspired by the Cardinals QB’s performance last week, McCarthy ran all over the field in order to get the first down.

The Michigan running back was on a tear in the first half, powering through the Maryland defense on a fourth-and-inches for 33 yards and a touchdown to give the Wolverines a 17-13 lead before halftime.

After a scoreless third quarter, the Wolverines got off to a quick start in the fourth. McCarthy fired a picture-perfect throw to Roman Wilson for the touchdown, giving Michigan a 24-13 lead.

Terps hanging in there

After Michigan put together a solid drive to go up double-digits, Maryland went on one of its own. Tagovailoa found Felton wide open in the end zone to cut Michigan’s lead to 21-19.

Corum with the dagger

The Michigan running back continued his dominant performance on Saturday, rushing for his second touchdown to put the Wolverines up double-digits with just a few minutes left.

Juggling into the end zone

DJ Uiagalelei threw a 41-yard dart to receiver Brannon Spector, who juggled the ball before securing the catch to give Clemson a 14-0 lead in the first quarter.

The Demon Deacons wake up

Sam Hartman connected with Jahmal Banks for the deep touchdown pass to cut Clemson’s lead to 14-7.

Tight end Davis Allen hurdled a Demon Deacon defender to get the first down. The play helped set Clemson up for a field goal that gave them a 20-14 lead at halftime.

Perfect throw for the touchdown

With the game tied late in the third quarter, Hartman wound up and connected with Donavon Greene, who kept his feet inbounds to give Wake Forest a 35-28 lead.

After a short TD run for Clemson, the two teams traded field goals and ended regulation in a tie. On Wake Forest’s first possession in overtime, Hartman connected with A.T. Perry for his sixth TD throw of the game, tying the ACC single-game record.

Clemson answered back as Uiagalelei hooked up with Beaux Collins for a game-tying score in the first overtime session. The Tigers got the ball back and Uiagalelei showed off his incredible arm strength again, throwing a strike to Allen in the end zone, to take the lead in 2OT.

Wake Forest was unable to capitalize on its next drive as Clemson secured the 51-45 victory in double overtime.

BEST OF THE REST

Missouri had a chance to beat Auburn in regulation. However, kicker Harrison Mevis shanked a 26-yard field goal as time expired, sending the game to overtime.

Missouri had another chance to win it in overtime. Down 17-14, running back Nathaniel Peat was about to run into the end zone for the game-winning score, but he lost the ball, and Auburn recovered to win the game.

News Next Desk - February 7, 2023 0
Asif Afridi has been banned for two years for two separate breaches of the PCB's Anti-Corruption Code. The ban will come into effect on...
%d bloggers like this: