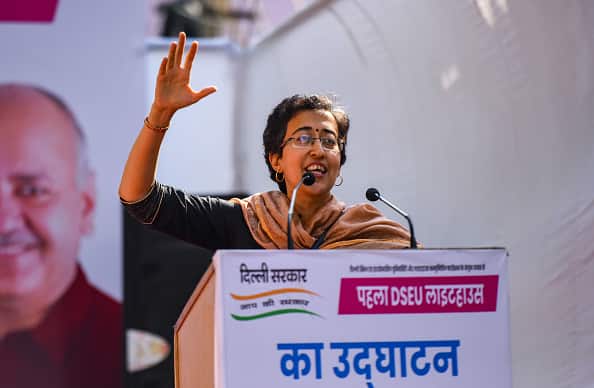 New Delhi: As the debate over the destruction of a 300-year-old temple in Rajasthan’s Alwar heats up, Aam Aadmi Party (AAP) leader Atishi has revealed a letter from the Centre directing the demolition of a temple in Delhi’s Sriniwaspuri region.

According to the letter, the religious edifice was erected on government property without permission. The notice stated that the land must be abandoned within seven days or the construction will be dismantled.

The decision to demolish the temple was made after a consensus was reached, according to the Alwar District Magistrate.

He stated that notifications were personally delivered to all trespassers on April 6 and that an announcement was issued two days before the anti-encroachment effort.

The anti-encroachment campaign took place on April 17 and 18, according to the DM, who also stated that no legal constructions were demolished and that no protests occurred during the destruction.

“Municipality served notice to encroachers on April 6, 2022. Encroachers were asked to remove the structure on April 15. No objection was raised and the demolition drive took place over April 17-18,” the DM stated.

The BJP has formed a five-member committee to investigate the demolition of the Shiva temple. Satish Poonia, the Rajasthan BJP head, will receive the report.

Three pre-built temples were destroyed by the drive. One was freshly built, privately owned, and erected immediately over a drain, according to the DM. That had to be removed, and before the drive, the encroachers themselves relocated the idols.

A section of the 300-year-old temple was also demolished because it was “creating traffic difficulties,” but the sanctuary Sanctorum was left undisturbed. The idols that were taken away will be replaced, according to the DM.

“All the encroachments, including the temple, were demolished on April 17-18, but five days later, there is shock and commotion over the incident,” the DM informed media.

News Next Desk - September 29, 2022 0
Ranbir Kapoor and Alia Bhatt starrer Brahmastra is one of the few Bollywood films that have been a success post pandemic in India and...

News Next Desk - September 29, 2022 0
Poor communications from Twitch have led to confusion following the service announcing that Chrome, Edge, and Firefox are currently the only web browsers officially...
%d bloggers like this: