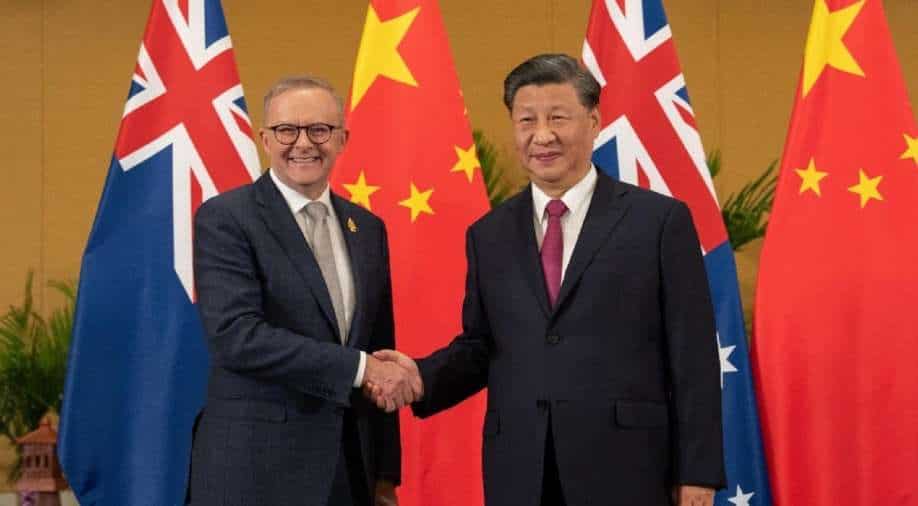 Amid consistent efforts by successive Australian governments to diversify away from their trade dependence on China, Prime Minister Anthony Albanese said that he had ‘a positive and constructive discussion’ with the Chinese President.

It was good to discuss our relationship with China’s President Xi Jinping today. It was a positive and constructive discussion. We will cooperate where we can, disagree where we must, and engage in our national interest. pic.twitter.com/WBVAzW7KLR

“China is a major power with global interests and it was valuable to exchange views on challenges to international peace and security,” it said, followed by addressing the discussions on Russia-Ukraine war.

“I reaffirmed the Australian Government’s view that it is in the interests of both sides to continue on the path of stabilising and developing our Comprehensive Strategic Partnership. We are always going to be better off when we talk to each other, calmly and directly,” Prime Minister Anthony Albanese said in an official statement.

Australia and China will mark the 50th anniversary of their bilateral diplomatic relations.

Chinese President Xi Jinping also said that Australia-China ties had “run into some difficulties”. However, he added, improving the ties was consistent with the national interest of both countries and conducive to the “peaceful development of the region and the world”.