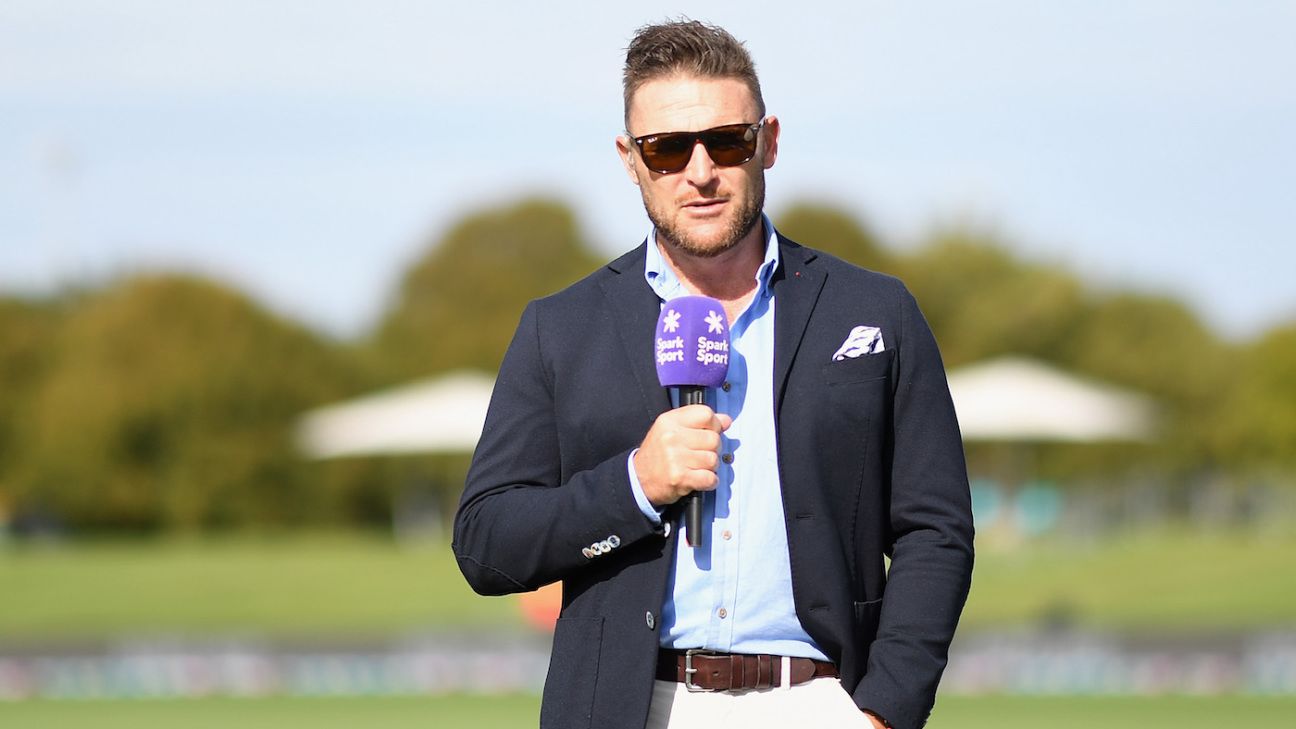 Brendon McCullum, the former New Zealand captain, has been confirmed by the ECB as England Men’s new Test head coach, on a four-year deal.

McCullum, who will step down from his role as Kolkata Knight Riders’ head coach at the end of the ongoing IPL, played 101 Tests for New Zealand between 2004 and 2016, scoring 6453 runs at 38.64 with a highest score of 302 against India in 2014, which remains the only triple-century made by a New Zealander.

Although he has never before taken charge of a red-ball team in his coaching career, McCullum was New Zealand captain for 31 Tests from 2013 until his retirement, earning plaudits for a positive approach which was also instrumental in the white-ball team’s run to the World Cup final in 2015. In 2020, he also coached Trinbago Knight Riders to the Caribbean Premier League title.

His exact arrival date in the UK is dependent on KKR’s qualification for the IPL play-offs, although with two group-stage games remaining – the last of which comes against Lucknow Super Giants on May 18, they are an outside bet to reach the competition’s final four.

Work permits permitting, he is expected to link up with the squad – which will be led by England’s newly-appointed captain Ben Stokes – ahead of the first Test against New Zealand at Lord’s, starting June 2, and will now have an input in next week’s selection meeting too.

Rob Key, England’s director of men’s cricket, acknowledged that McCullum’s appointment was a calculated gamble, adding that it was “time for us all to buckle up and get ready for the ride”, but praised his proven ability to change team cultures for the better – an attribute sorely needed after a grim 12 months for England’s Test team, in which they have won one of their last 17 Tests and sunk to their lowest ICC ranking since 1995.

“I’d like to say how pleased I am to be given this opportunity to positively contribute to England’s Test cricket set-up and move the team forward into a more successful era,” McCullum said in an ECB press release.

“In taking this role on, I am acutely aware of the significant challenges the team faces at present, and I strongly believe in my ability to help the team emerge as a stronger force once we’ve confronted them head-on.

“I’ve enjoyed several robust conversations with Rob Key about the direction of travel for the team and have found his enthusiasm contagious. I’m no stranger to bringing about change within a team environment, and I can’t wait to get started.

“Ben Stokes is the perfect character to inspire change around him, and I look forward to working closely with him to build a successful unit around us.”

The ECB added that McCullum had been the unanimous choice of a selection panel comprising Key, CEO Tom Harrison, performance director Mo Bobat, and Andrew Strauss, who is a strategic advisor to the board having stood down from his interim MD role in the wake of Key’s appointment.

“We are delighted to confirm Brendon as England Men’s Test head coach,” Key said. “It has been a real privilege to get to know him and understand his views and vision for the game. I believe his appointment will be good for England’s Test team.

“He has a recent history of changing cricket culture and environments for the better, and I believe he is the person to do that for England’s red-ball cricket.

“We were incredibly fortunate to have a seriously strong list of quality candidates for the post, with Brendon demonstrating he was our number one choice.

“I’d like to thank Tom Harrison and the ECB Board for their support in this process. I believe in Brendon and Ben Stokes – a formidable coach and captain partnership. Time for us all to buckle up and get ready for the ride.”