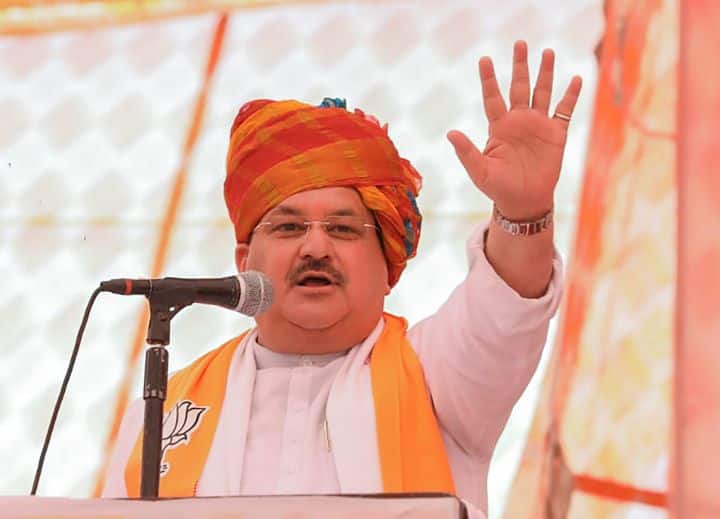 New Delhi:  As the NDA government is celebrating its eighth anniversary of remaining in power, the BJP is planning to kickstart an outreach campaign to talk about the work done by the party, BJP President JP Nadda has also directed the party leader to talk about the work done by the Modi government to people. According to an ANI report, Nadda has asked the party workers, including the state chiefs, asking them to reach out to the people and apprise them about steps taken by the government to uplift their lives, especially the poor and deprived sections of society.

The saffron party will begin the outreach campaign on May 30 which will culminate on June 15 as part of the “8 years: Service, good governance and poor welfare” programme, the report mentioned.

To begin the celebrations and the campaign, the party workers have been asked to dedicate 75 hrs in 15 days to talk to people and discuss the welfare schemes and initiatives taken by the BJP-led NDA government in the last 8 years.

Apart from the public interaction, the leaders have also been instructed to advertise various welfare schemes of the Centre to put across social media platforms and cinema halls.

Along with the good governance outreach programme, the BJP president will also launch ‘Report to Nation’ campaign, an interaction programme with the beneficiaries of various schemes, including the Scheduled Castes (SCs), and Scheduled Tribes (STs) and women.

The BJP’s youth wing will organise a ‘Vikas Teerth’ bike rally between June 7 and 13 in various districts of the country where the Ministers will also participate.

The party’s further plans include the launch of an anthem, a website, and a pocket diary detailing the government’s works done so far and achievements in various fields.

As part of the reach-out programme, the MPs are asked to visit the houses of the people and report to them on the work that they have done so far.

Interactions with the minority communities will also be established from June 6 to 8 along with the organisation of Gareeb Kalyan Jan Sabha from June 1 to 13.

The leaders have been asked to use the hashtag #sevasushashangareebkalyan on social media while talking about the work done by the government.

During the period of 15 days, the party will hold various press conferences focussing on the steps undertaken by the government to find solutions for the problems of the Northeast, the abrogation of Article 370 from Jammu, and Kashmir and other steps.

The BJP has instructed the state unit chiefs to form a three-member committee in their capitals and also at the district levels.

Notably, Narendra Modi was sworn in as the Prime Minister of the country on May 26, 2014.