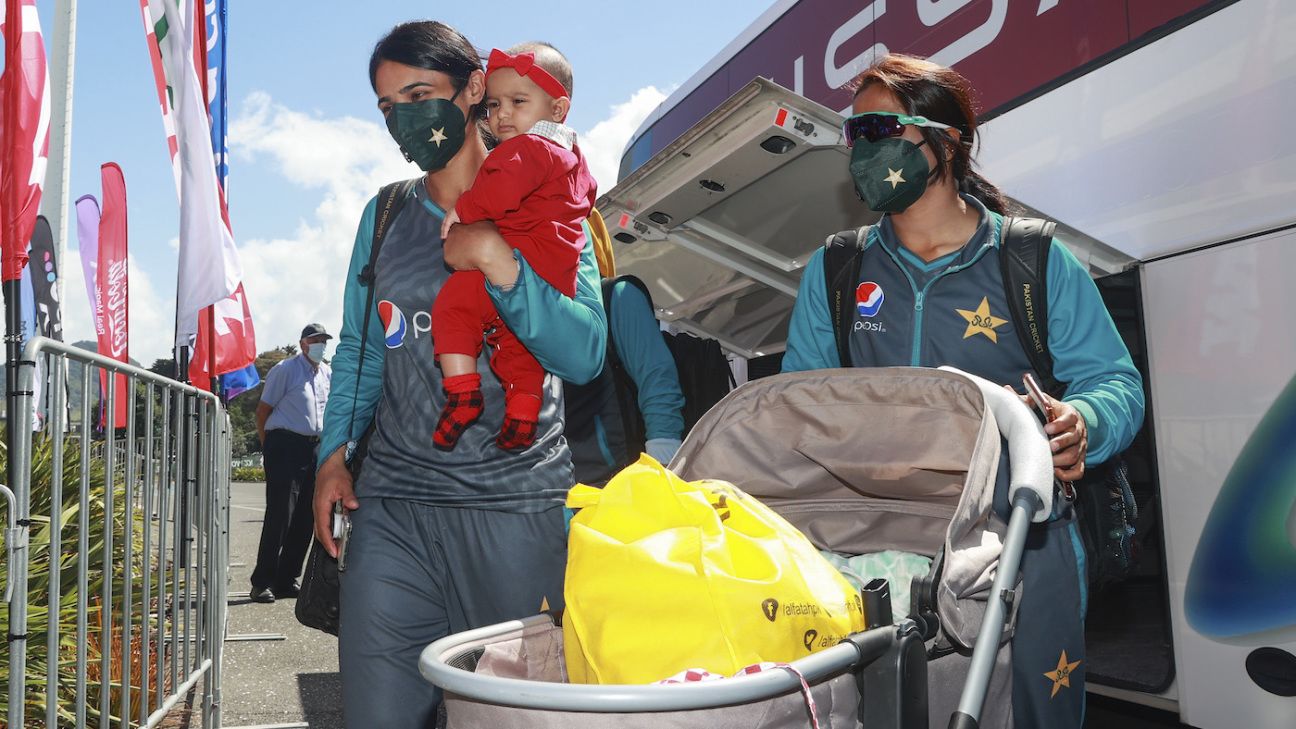 Pakistan Women’s captain Bismah Maroof‘s infant daughter, Fatima, has been denied accreditation to access the Commonwealth Games village. As a result, Maroof was deliberating over her participation in the event, which is to be held from July 25 to August 8 in Birmingham. But ESPNcricinfo understands she will travel for the games, with her daughter and mother, who will take care of Fatima, staying at a hotel outside the village.

It has been learnt that the PCB had asked the CWG Federation for two extra accreditations to accommodate Maroof’s mother and daughter in the village. In response, the federation asked the PCB to remove two personnel from their allowed 22-member travelling contingent, which includes officials as well. But the PCB stated that it was in no position to omit any players or officials from the touring party.

ESPNcricinfo has written to the Games’ media department for the official version of their parental policy but they were yet to respond at the time of this story being published.

Maroof had recently travelled to New Zealand for the 2022 Women’s World Cup with her daughter and mother. The PCB’s maternity policy allows a mother “to travel with a support person of her choice to assist in caring for her infant child”, with travel and accommodation costs shared equally between the board and the player.

The PCB has also confirmed that Maroof will continue to lead the national team for the 2022-23 season. Pakistan are set to play 25 matches this season, starting with the home series against Sri Lanka in Karachi, which gets underway from May 24. After that, the team will head for Belfast to play a triangular T20I series against Ireland and Australia from July 12 to 24. This will be immediately followed by the Commonwealth Games.

“I want to thank the Pakistan Cricket Board for its immense support throughout my career and especially in helping me strike the right work-life balance after the birth of Fatima,” Maroof said. “There was a time when I contemplated giving up on my passion of playing cricket, but the PCB ensured it never came to that with the introduction of the maternity policy, which has made the game as inclusive as it can be for the women in our country. I also want to thank my family and especially my husband, Abrar, who has been a great support throughout my career and has provided me encouragement to continue to play for Pakistan.”

Maroof was handed the T20I captaincy in 2016, replacing Sana Mir and was named the ODI captain after the 2017 World Cup. Last April, Maroof had taken an indefinite maternity leave, and the PCB’s new parental policy helped her return to cricket and captaincy earlier this year.

On being retained as captain for the 2022-23 season, Maroof said: “It is truly an honour for any cricketer to captain their country and it is a great privilege for me to continue in this role. The 2022-23 cricket season is the busiest for Pakistan Women’s side and we are excited and geared up for the challenges it presents. Every match in the upcoming season is important for us as a team as bilateral ODIs will determine whether we qualify for the next ICC Women’s Cricket World Cup and the T20Is provide us opportunities to prepare for the all-important T20 World Cup in February next year.”