Home Sports Bills have one of NFL’s worst running games. How concerned should they... 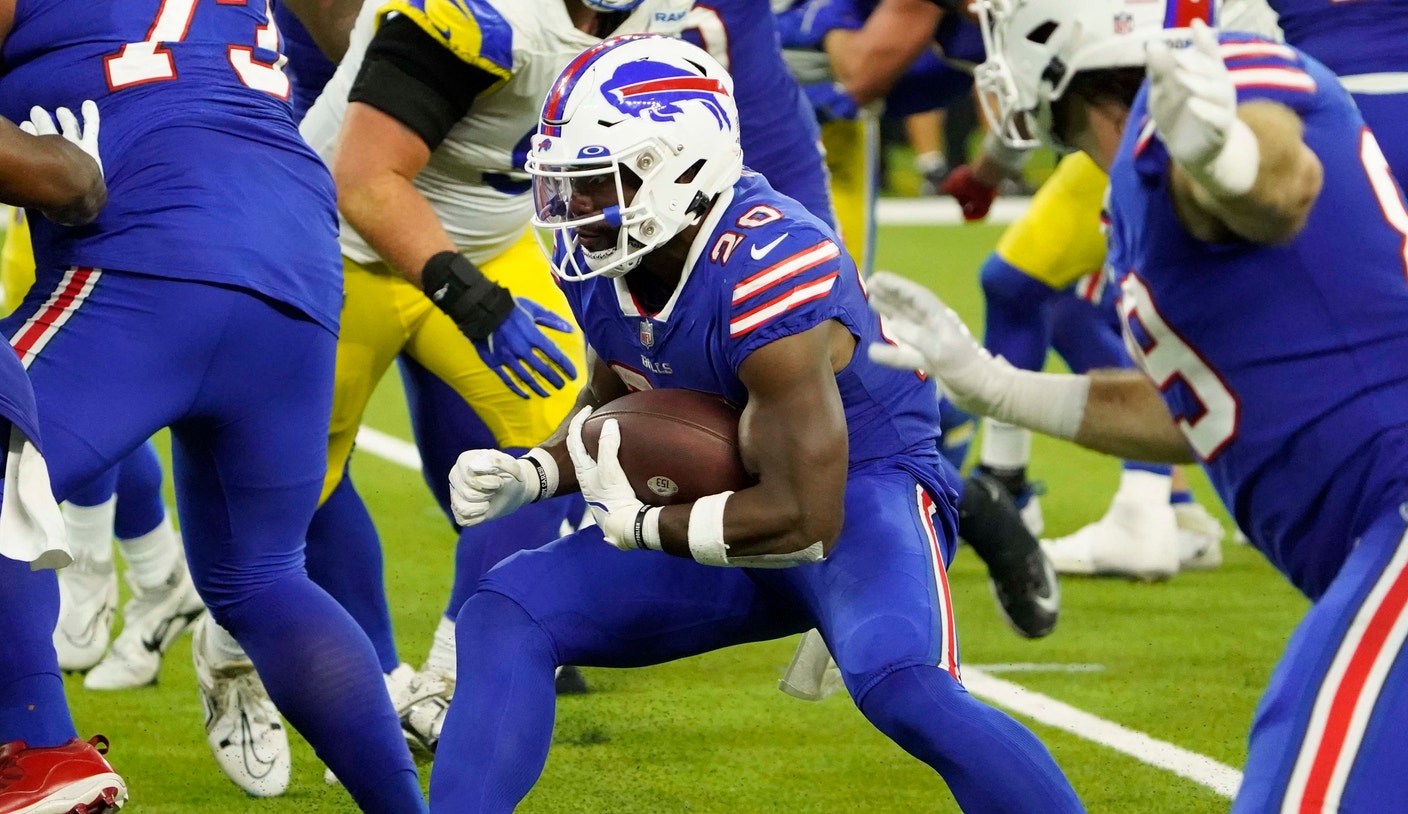 Forgive me. I’m nitpicking the best team in football.

But that’s a testament to the Buffalo Bills‘ dominance after these first two weeks. It’s taking everything in me to sit on my hands and avoid comparing them to the 2007 New England Patriots. Alas, I just did what I said I wouldn’t do.

Anyway, with the Bills playing this well, I am left to evaluate whether their small weaknesses might be substantial enough to stop them from making a Super Bowl run. Because that’s certainly the way their season is expected to finish: in the Super Bowl.

Buffalo seems to have some questions about talent at cornerback for the time being, but the return of Tre’Davious White, which should happen in the coming weeks, should solve those issues. The problem that doesn’t have an obvious solution revolves around the Bills’ struggles running the football.

So far, the Bills’ remedy for that has been to allow Allen to scramble for rushing yards on passing plays, run the ball on RPOs and take designed runs. Allen’s size and speed make him a unique threat, and he adds tremendous value to the offense as a runner. But he can’t add that value if he gets hurt and misses time. So, as I wrote last week, the Bills need to avoid overusing him. They need to rely more heavily on their running backs.

So far this season, Allen is the team’s highest-graded runner on Pro Football Focus, a digital scouting service — and by a substantial margin. His rushing grade is 76.9. Running back Devin Singletary came in at 64.2, a good-not-great grade. Running back James Cook came in at 55.9, which is OK, and Zack Moss landed at 46, which is not good.

The entire offensive line is graded between 58.7 and 66.2. So by PFF’s analysis, they have all been OK — but, again, not great.

While these players are putting together solid individual efforts, the unit is having a rough start to the year. The Bills’ rushing DVOA (a stat that measures their efficiency as a rushing attack) is a staggering -36%. That’s third-worst in the NFL. That’s in part due to a pair of lost fumbles in Week 1 — but those only negatively impact the DVOA so much. From a counting stat standpoint, the Bills are tied for 13th in the NFL in yards per carry (4.5) and 15th in terms of total rushing yards (222).

Why is the DVOA so damning? Because by that metric, Allen’s scramble plays count toward the passing DVOA, not the rushing DVOA. And those scrambles are the best part of the Bills rushing offense.

When you put all these stats together, it’s pretty safe to say that the Bills’ rushing attack is in the bottom half of the league, and the strength of their attack (when Allen runs) is actually something they realize they need to stop overusing. At the very least, the Bills are committed to not using Allen as a runner when they’ve taken a substantial lead.

“I think I can be better in that aspect but given the circumstances of what it was, understanding the flow of the game,” Allen said this week. “I do things that are necessary, in my eyes. … Availability is the best ability. Just understanding that and getting down and not taking too many hits.”

The Bills have some upside when it comes to running the football, namely in James Cook, a speedy and elusive runner Buffalo drafted in the second round in 2022. While the Bills seemed to expect him to make his biggest impact as a pass-catcher, that didn’t stop him from busting off an explosive run in the second half against the Titans.

But if Buffalo doesn’t improve substantially, will it have issues down the stretch? Let’s look at the regular-season Rush DVOA of the last 10 teams to appear in the Super Bowl.

On the whole, these teams have substantially more efficient rushing attacks than Buffalo. But because the Bills are just two games into the season, they have plenty of time to improve. It does matter that Buffalo’s rushing attack is (so far) putrid. Over the last five years, no team with a rushing attack this bad has made the Super Bowl. But there’s plenty of time for them to rectify the situation and get into the range of the above teams.