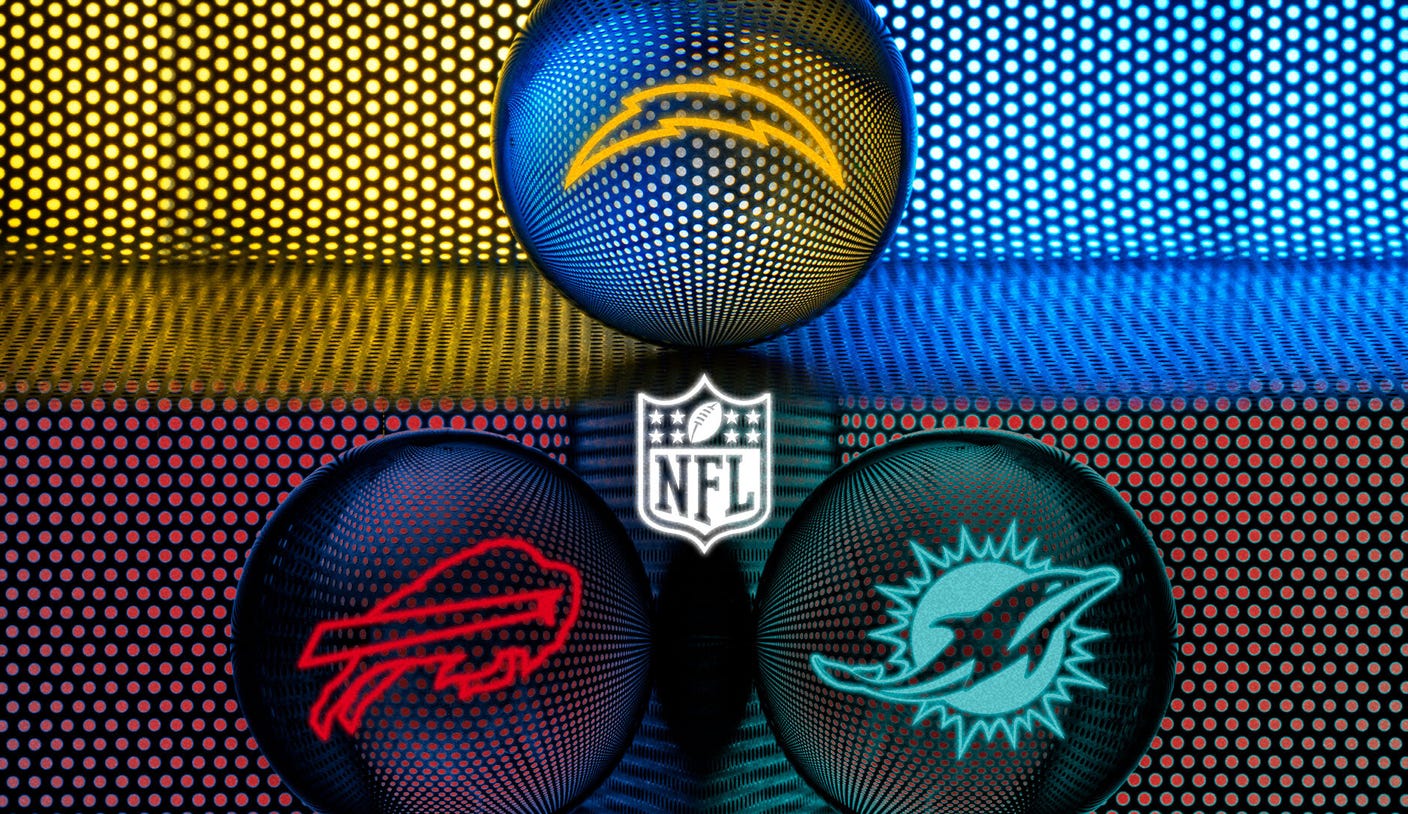 For several promising NFL teams, the future is now. But which teams have the brightest outlook?

With the draft having come and gone, the bulk of free agency wrapped up, and most squads already hitting the field for OTAs, now is the time to look ahead and make projections for the upcoming season.

FOX Sports’ Marcellus Wiley and Emmanuel Acho have been doing just that on “Speak For Yourself.” On Wednesday, the pair broke down their five teams with the brightest futures in the league.

Let’s take a look at their lists.

Bills, Chargers among five NFL teams with the brightest futures

Acho’s thoughts: “I think the Miami Dolphins’ future is incredibly bright. It’s not just about Tua [Tagovailoa] for me. It’s about Mike McDaniel. The more that I’ve talked to players who played for the 49ers, they’ve said that he was really the brains behind them. When he became the offensive coordinator, Deebo Samuel became a first-team All-Pro, all of a sudden, he’s leading the league in total yards. They’re a young team, I trust Tua, and I trust Mike McDaniel.”

Acho’s thoughts: “It’s not just about how good you are. It’s the teams they’re playing. Washington and New York, I don’t think they’re going to be that good moving forward. Jalen Hurts, Nick Sirianni, A.J. Brown, DeVonta Smith, Dallas Goedert, then defensively, Jordan Davis, Darius Slay and they just got [James] Bradberry. Then you got a linebacker, Nakobe Dean from Georgia. They look to be set, they’re a very talented team with an influx of youth.”

Acho’s thoughts: “Joe Burrow in his second year went to the Super Bowl. How much brighter of a future can you have? His first year healthy, he was in the biggest game of the season. They shored up the offensive line, they have three new starters there, they were getting sacked way too much.”

Acho’s thoughts: “Josh Allen is young, talented and athletic. Coach Sean McDermott is incredible. Now here’s a question: Daboll is gone. I was just talking to some Giants players, they say Daboll is brilliant. I’m interested to see how good Josh Allen will be without his offensive coordinator.”

Wiley’s thoughts: “You think Matthew Stafford left Detroit, and his first year in L.A. won a Super Bowl, and is now about to fall off? I just saw Stafford, and he told me he’s feeling better than he was all of last year. He was playing through an injury, he got his elbow fixed up, and we’re going to see a better version of him and the Rams.”

Wiley’s thoughts: “Tua was the No. 1 quarterback recruit who went to Alabama when it was offensive-minded. Then he posts the greatest quarterback rating in college football history, then goes to Miami and has a bunch of issues. Now the path is forward and clear: They’re going to ball.”

Wiley’s thoughts: “Andy Reid has come to his conclusion that he doesn’t need a [star] receiver. He’s Andy Reid. He can game plan them to success, and that’s why Patrick Mahomes had a better passer rating without Tyreek Hill. Mahomes gets the ball around. Reid did it in Philadelphia, and Mahomes is an upgrade from Donovan McNabb.”

Wiley’s thoughts: “I was thinking No. 1, but there’s a change in offensive coordinator. I want to see how they perform under new circumstances.”

Wiley’s thoughts: “When you bring in a Khalil Mack — now all of a sudden they’re balanced. Justin Herbert may be the best young QB in the league, it could be Josh Allen, but he has to deal with that change.”