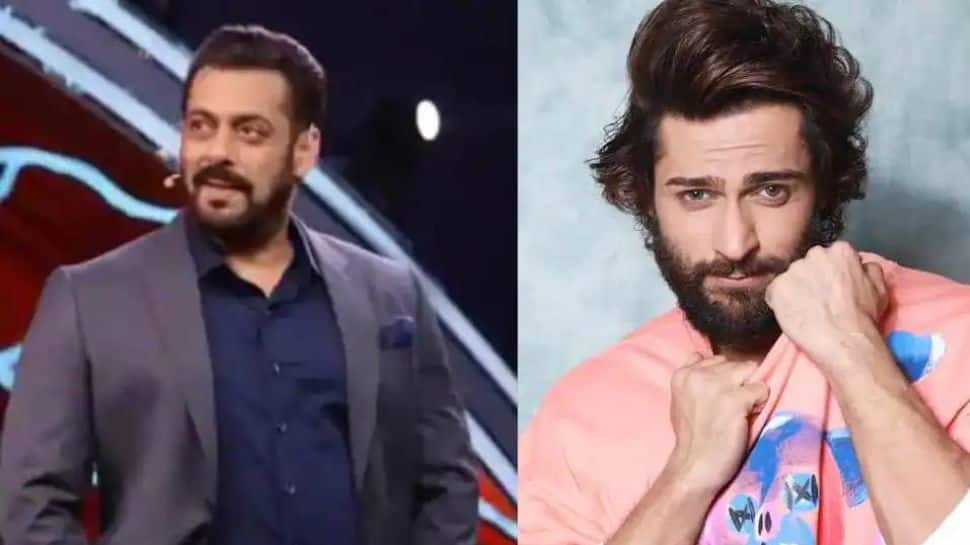 New Delhi: It’s Shanivaar Ka Vaar in the Bigg Boss house. Salman starts the episode by showing the viewers a recap of the fight. Shalin, in a conversation with Sajid, tells him that his decision about leaving the show voluntarily is final. MC Stan tells Shiv that Shalin is a possessive person who gets jealous anytime someone gets close to Tina. Archana gets into an argument with Sajid over kitchen duty. Sajid Khan pleads Bigg Boss to remove him off the show because he can no longer stand Archana and her conversations.

Gautam tears up in front of Sajid. Tina again tries to converse with Shalin, but he refuses to listen to her. Shalin tells Tina that she used him for her benefit. Tina, in a conversation with Sumbul, tells her that Shalin loves her and she (Sumbul) is getting in between them. Abdu is really happy with Shalin’s decision to leave the house. Tina tells Sajid that Sumbul is not allowing her to talk it out with Shalin.

Salman starts the interaction with Shalin by talking about his fight with MC Stan. Salman asks the people who unnecessarily created a scene and got aggressive during the Stan and Shalin fight (Priyanka and Ankit) to leave the couch and sit in the dining room. Sumbul and Tina explain their take on the fight. Salman tells Sumbul that she is obsessed with Shalin. Salman lashes out at Shalin for failing to see what feelings Sumbul has for him. Sumbul tries to clarify that she doesnt have any feelings for him.

Salman continues his questioning of Shalin about his relationship with Sumbul. Shalin clarifies that he is not attracted to Sumbul. Salman questions Sumbul about how close a friend she is to Shalin and why she can’t allow him to talk with Tina. Sumbul folds her hands to request that Salman Khan get her out of the house, as she is extremely fed up with all the misinterpretations about her relationship with Shalin. Salman Khan begins talking about the fight between MC Stan and Shalin.

Salman continues to chastise Shalin for his behavior. He says that it is his loss that he has taken the decision to quit the show. Tina asks Salman if at any time during the whole incident, she was at fault. Salman shifts his attention to MC Stan. MC Stan takes ownership of his aggression but refuses to apologise to Shalin. Salman informs MC Stan that he is nominated for the next four weeks, and if Tina wanted, he would have been thrown out of the house.

Shalin is adamant on his decision that either he will go or MC Stan goes. MC Stan tells Sajid that he is sorry for the incident, but he won’t apologise to Shalin. Tina discusses the present situation again with Shalin and asks him to trust the audience. Shalin and Tina hug it out. MC Stan apologises to Shalin, and they also hug it out. Salman asks Shalin for his final decision. Shalin tells him that his final decision is to stay in the house.

Salman welcomes Ayushmann Khurrana and Jaideep Ahlawat to the stage. The stars are here to promote their film ‘An Action Hero’. They interact with the contestants. The guests play a game called `BB Ke Sitare` with the housemates. It involves two participants who will choose their favourite contestant out of the two options given. The episode ends with Salman focusing his attention on Priyanka and asking her why she thinks that Big Boss is liable to answer her in any situation and also about her involvement in the fight.

News Next Desk - December 8, 2022 0
The sister of Iran's supreme leader reportedly said that she hopes the "tyranny" of her brother, Ayatollah Ali Khamenei will soon be overthrown as...