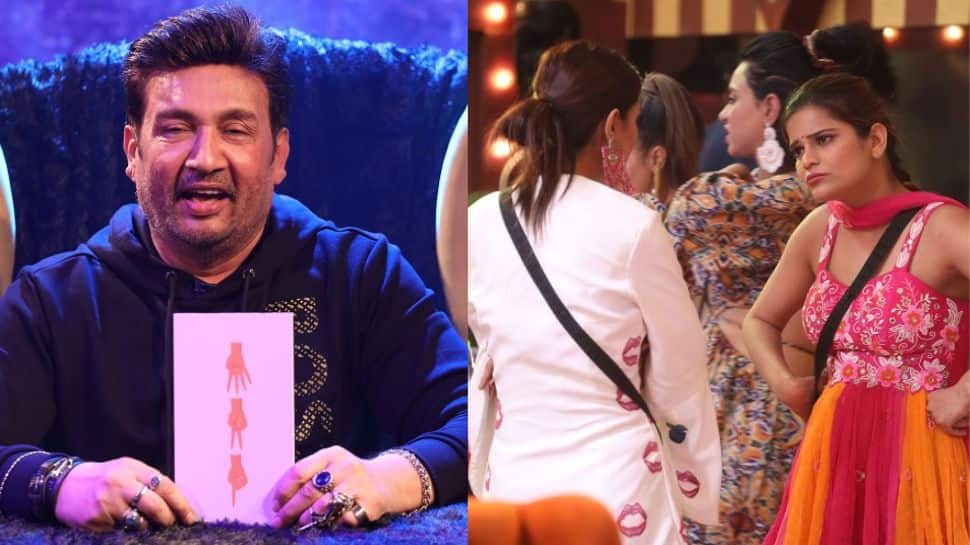 New Delhi: It’s another day at Bigg Boss house and we are back with the updates! Tension between Shalin and Tina continues. Shalin says to Ankit that he is tired of Tina’s attitude. Sumbul opens up to MC Stan and Sajid Khan that says that she regrets coming to Bigg Boss house. They console her and say that things will be alright. The housemates then play lemon spoon race after which Bigg Boss announces that the season will be extended till February 12.

It’s time for Shekhar Suman’s entry and he comes dressed as a Tarot Card reader and calls out dosh in the contestants kundlis. He says that tells Archana has roti dosh in her kundli. Sreejita has bhindi dosh. Ankit has ice in his kundli. Shekhar talks to him about his silent nature. Shalin has Tina dosh. Suman tells Priyanka has a `loudspeaker` dosh. Sajid tells that Ankit is functioning in automatic mode. MC Stan has Priyanka dosh. Tina gets the walk-out dosh. Sumbul gets the 1 2 ka 4 dosh while Shiv gets the popat dosh. The contestants have a hilarious time due to Shekhar Suman’s dosh game.

After the tarot card session, Shekhar Suman asks contestants about what others might need to which Sreejita says that Tina might need a ‘safed dil’ as her heart is black. Soundarya says Shalin needs a reality check.

After Shekhar Suman goes away, Tina and Sumbul get into an argument as they blame each other for stealing chocolates. Their argument turns intense and Tina asks Sumbul to not shout at her like this.

Meanwhile, Archana breaks down when she is accused of taking the dough for chapatis while she cooks them for everyone. Archana then gets into a fight with Soundarya when the latter tries to make her understand that she needs to do her duties. Archana says she won’t do that, her duties are finished. She also fights with Priyanka over this roti issue and gets even more angry and also lashes out at Shalin.

Priyanka and Ankit say that Archana plans everything and she might be crying on purpose, who knows. Archana says I feel like vomiting. Tina and Shalin console her and make her feel better.