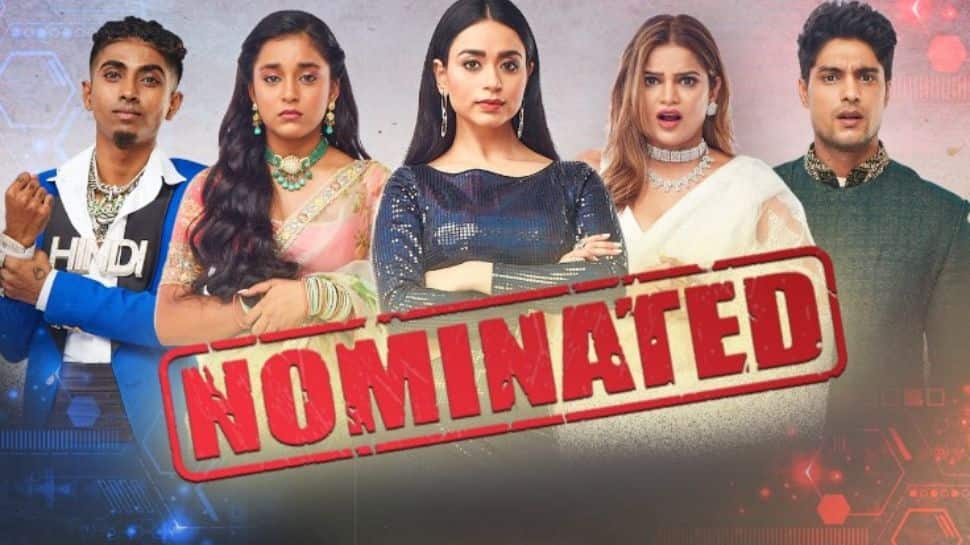 New Delhi: It’s another day at Bigg Boss house and it starts with the morning anthem. Tina and Archana get into an argument over cleanliness. Tina says I’m the one who keeps the room clean. Archana says Sumbul works the most. Nimrit says Archana instigated Tina by taking Sumbul’s name. Shalin says to Sumbul that you, Tina and I have the strongest bond. Sumbul says it’s not right. Sumbul and Shalin get into an argument and she starts crying. Tina says I’m going to make Sumbul’s life hell now and says she is fake.

Bigg Boss says there is a killer in this house. Anyone from Shiv, Tina and Nimrit will can become the killer. Two people will come to the killer with a belonging of the other. The contestant who gets killed by the killer will get nominated. In the first round, Bigg Boss makes Shiv the killer while one person from Archana and Priyanka will be killed. Shiv decides to kill Archana and she gets nominated. Tina is the next killer who will kill either Sajid or Ankit. Tina kills Ankit as he sleeps most of the time while Sajid is very involved and has been a good captain as well. Ankit gets nominated.

In the third round, its Nimrit who has to kill either Shalin or Sumbul. Meanwhile, Tina and Abdu engage in a playful banter. Nimrit shoots Sumbul and nominates her. In the last round, Shiv is the killer while he has to nominate either Abdu or Soundarya.

Shalin says to Nimrit that I will never do anything bad to you. She says I saved you because I feel you deserve to stay inside more than Sumbul. Shiv decides to kill Soundarya and she gets nominated. Hence, Archana, Ankit, Sumbul, Soundarya and MC Stan (as a result of punishment) get nominated for eviction.

Tina accidently leaves the stove on and gets scolded by Bigg Boss. Shalin asks her if he should talk to Sumbul to which she says he shouldn’t put these things on her. Tina feels Shalin is worried what if Sumbul gets evicted and hence, he is trying to find alliance in Soundarya.

Bigg Boss asks Archana to stand in the garden area. He says she is more interested in outside world then the Bigg Boss house. He asks to go to every housemate and say that I am not able to understand whatever Bigg Boss says to me. Abdu cries and asks for chocolate.

News Next Desk - December 6, 2022 0
Yashoda, starring Samantha Ruth Prabhu, will be available for streaming on Amazon Prime Video from December 9, the streamer announced on Tuesday.In a...

News Next Desk - December 6, 2022 0
Gunfire attacks on two electrical substations in North Carolina over the weekend left almost the entire county in the freezing dark. Talking about the...
%d bloggers like this: