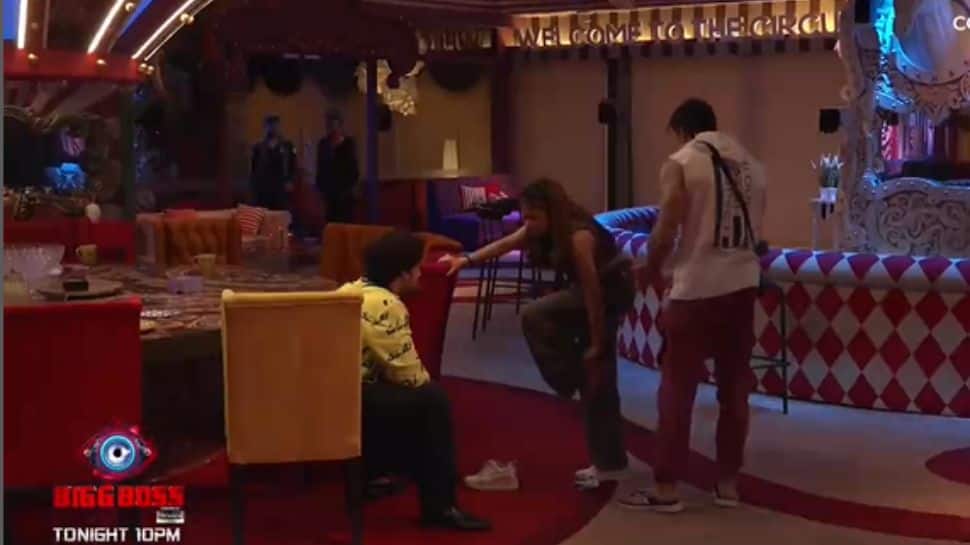 New Delhi: The day starts with the Bigg Boss anthem. Shiv tries to wake up Archana, who is still sleeping. Soundarya, in a conversation with Archana, cries over her fight with Gautam. Nimrit inquires about Archana’s health, to which she responds that she is fine and also tells her that she will wake up and do work when she wants to and not when the captain will ask her to do so. Sajid asks for suggestions from other contestants on how to punish Archana for not doing her work.

Sajid gives Archana 20 minutes to get back to work, and if she does not, she will be punished. Sajid, in order to punish Archana, asks other contestants to throw her things out in the open. Archana still refuses to do the work. Gautam, in a conversation with Archana, tells her that Sajid was unfair at yesterday’s ration task.

Shiv and MC Stan discuss Shiv and his game. Shiv feels that Shalin is playing a double game, and they as a group can’t trust him. Archana cries over her clothes and things being thrown outside in the garden. MC Stan and Shalin get into a physical fight. It all starts when Tina slips and injures her ankle. Shalin comes to her and presses her feet. She starts to scream with pain, and Stan, who is standing beside Tina, tells Shalin that if she is not comfortable and is feeling pain, then let the doctor come for the treatment. Shalin insists and continues, saying that he knew how to deal with such an injury. This makes MC Stan angry, and he abuses him, which in turn infuriates Shalin.

The fight quickly becomes ugly when Shalin says something about MC Stan’s family, which riles up Stan. Stan comes running towards Shalin, lifting a decor item from a nearby table, and pouncing upon him. Sajid , who is the captain of the house, pulls Shalin back, Nimrit and Sumbul also come to stop MC Stan and take the decor item away from him.

Shiv also tries to break them apart, but instead gets into an argument with Shalin. The episode ends with Shalin alleging that Shiv and MC Stan got physical with him, and Bigg Boss will have to take a decision on it or else he will leave the show. Ankit and Priyanka support Shalin. On the other hand, Tina, over whom the whole thing happened, tries to calm Shalin down and explains to him that it was his fault as well, but Shalin disagrees with her. Tina gets into an argument with Sumbul because of her possessiveness toward Shalin.

News Next Desk - December 1, 2022 0
NEW DELHI: Bollywood superstar Shah Rukh Khan is all set to make a king-sized comeback on the big screen with highly-anticipated film 'Pathaan'. The...

News Next Desk - December 1, 2022 0
It's that time of the year again when Spotify users gather beneath their favorite green app and unwrap data-based gifts, courtesy of its year-end...

News Next Desk - December 1, 2022 0
iQoo Neo 7 SE is inching towards its launch in China. Ahead of the official debut, the renders of the handset have surfaced online,...

News Next Desk - December 1, 2022 0
The Delhi High Court has restrained sharing and posting of a "sexually explicit" video of a judicial officer and a woman that surfaced on...
%d bloggers like this: