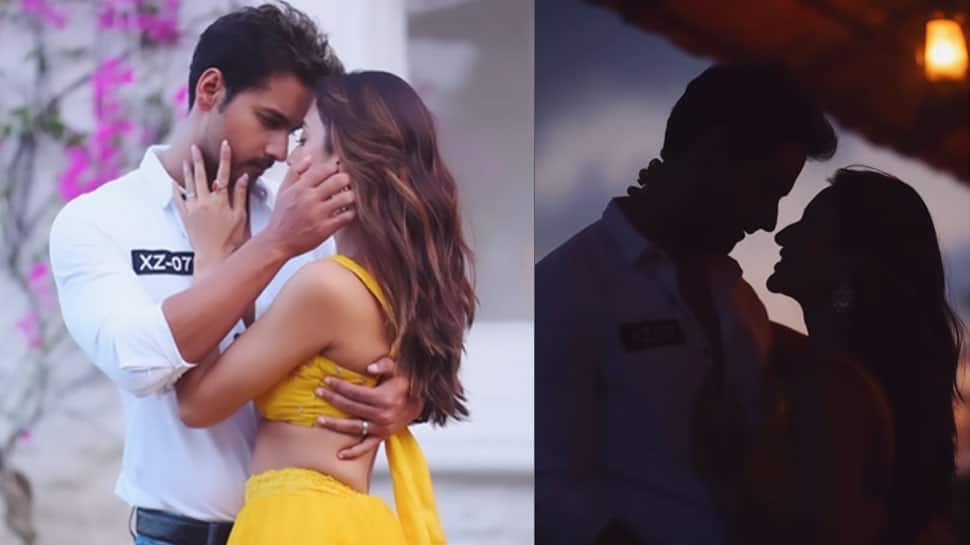 New Delhi: Bengali actress and TMC MP, Nusrat Jahan is avid social media user. The new mommy is happy with actor-partner Yash Dasgupta and would like to keep it that way. Recently, the duo shared a Reel on Instagram and we must say its all things LOVE! The romantic video on Shah Rukh Khan and Kajol’s Dilwale track is a must watch.

For the unversed, Nusrat Jahan tied the knot with her businessman beau Nikhil Jain in the picturesque Turkish town of Bodrum on June 19, 2019. The wedding ceremony was done as per the Turkish Marriage Regulation. However, in June last year, Nusrat announced her split with husband Nikhil Jain and released an official statement as well. The actress-turned-politician said, “Our separation happened long back, but I did not speak about it as I intended to keep my private life to myself.”

Meanwhile, Nusrat gave birth to a baby boy named Yishaan J Dasgupta on August 26, 2021. A viral picture of a birth certificate surfaced which named Debashish Dasgupta as the father of Nusrat’s baby boy. Not many know that actor Yash Dasgupta’s other name is Debashish.

Nusrat is in a happy relationship with Yash and the two often share posts on social media.

News Next Desk - December 9, 2022 0
After a two-day break, the 2022 FIFA World Cup continues Friday live on FOX with Croatia taking on Brazil at Education...

News Next Desk - December 9, 2022 0
Russian President Vladimir Putin said on Friday that the country’s government is in favour of prisoner swaps with the United States. The comments were...

News Next Desk - December 9, 2022 0
Prime Minister Narendra Modi on Friday said India's G20 presidency belonged to the entire nation and called it an opportunity to showcase the country's...