Home Entertainment Barack Obama’s daughter Sasha is dating? Here’s what we know about her... 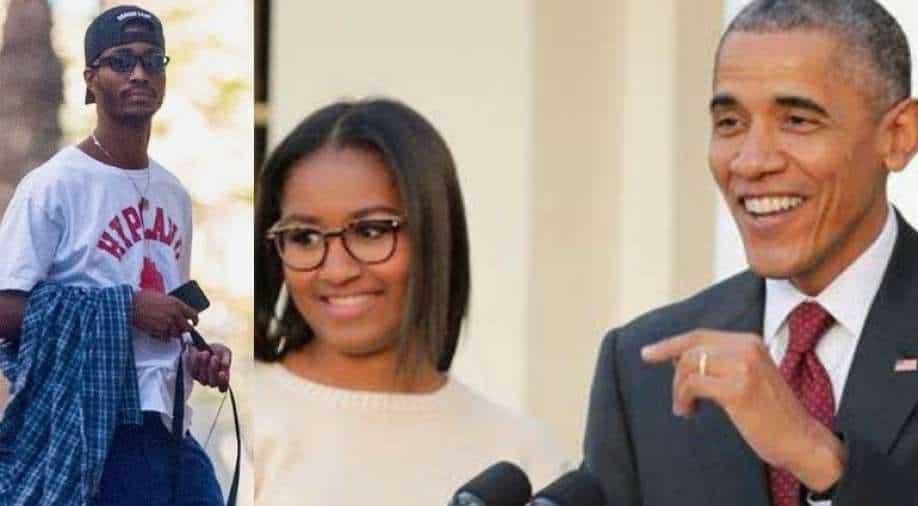 The former United States President Barack Obama’s daughter Sasha Obama has someone special in her life!

Sasha, who is the younger daughter of Barack and Michelle Obama, is reportedly dating Clifton “Cliff” Powell Jr.

The news of her dating comes after she was spotted spending some time with Cliff. The photos obtained by The Daily Mail show the couple casually dressed as they were walking down the street together.

For your knowledge, Cliff is the son of actor Clifton Powell, who has appeared in different movies like ‘Ray’, ‘Menace II Society,’ and others. He is the second child of the Hollywood actor and his wife Kimberly Crooms. He also has a sister.

According to his website, a former college basketball player has a passion for directing and visual storytelling.

”Along with writing scripts, he exercises his creative muscles from behind the camera. Finding an extended passion in directing and visual storytelling. He continued to work at the craft of directing and was quickly thrown into the fire, which forced him to adjust and learn fast. And he did,  and continues to learn something new every production he takes on.” the bio on his website reads.

Netflix, end of an era? From major drop to what future holds for streaming giant

Last year, Sasha got her transferred from the University of Michigan, where she was studying for almost two years, to the University of Southern California for further studies. Reportedly, she met her beau at her new university only.

Meanwhile, their mom Michelle spilled some beans about her daughter’s dating during the ‘Ellen DeGeneres Show,’ and revealed, that both her girls loves Jonas Brothers and ”Now they are bringing grown men home,”

“Before it was just, like, pop bands. Now they have boyfriends and real lives,” the former first lady said.