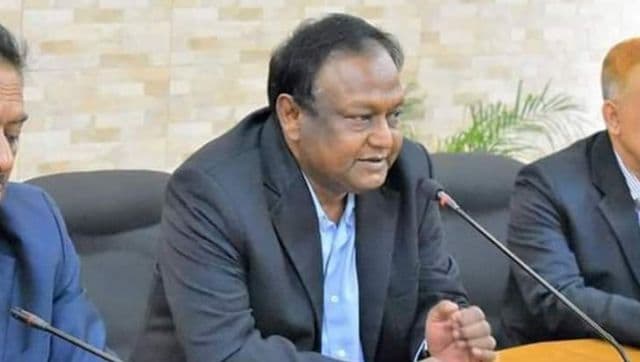 For the unversed, India and Bangladesh, earlier this year, had finalised a joint feasibility study for a proposed CEPA. The trade deal is significant as it will be the first of its kind agreement for Bangladesh and a large Asian country.

Notably, the India-Bangladesh joint statement was issued after Prime Minister Sheikh Hasina’s India visit in September this year and meeting with Indian Prime Minister Narendra Modi had a key emphasis on signing the trade pact.

The joint statement mentioned that the two leaders “directed trade officials on both sides to start negotiations within the calendar year 2022 and to complete these at the earliest, in time for Bangladesh’s final graduation from LDC status.”

Apart from deciding the next steps to take forward the negotiation deals, Munshi will also hold discussion on broadening the economic and trade engagement with India and assured supplies of essential commodities including rice and wheat.

Amid the Russia-Ukraine war, prices of commodities have increased across the world and New Delhi is reaching out to neighbours with supplies. To help low-income countries fight against price rise and shortage of foodstuff, India has exported more than 1.8 million tonnes of wheat to countries in need, including Afghanistan, Myanmar, Sudan, and Yemen.

CEPA and its importance for India-Bangladesh

Both India and Bangladesh are looking forward to conclude the CEPA agreement which is expected to give fillip to trade and investment between the two countries. It is also expected to help enhance trade in Eastern and North Eastern region.

A planned CEPA with Bangladesh could double India’s exports to its neighbouring country to over $32 billion.

During Prime Minister Narendra Modi’s visit to Dhaka in 2021, both the neighbouring countries had decided to conclude the Joint Feasibility Study related to the agreement fast.

Also during her India visit in September this year, Sheikh Hasina met PM Modi in New Delhi and the focus of her official tour was on various aspects of bilateral ties as well as strengthening of cooperation in energy, food security, connectivity among others.

The India-Bangladesh proposed CEPA has three dimensions – Trade in goods, trade in services, and investment. The key target of the proposed CEPA is to minimise the wide trade gap between Bangladesh and India as well as open up new economic opportunities including connectivity, new markets, cooperation and partnership.

It also plans to resolve the issues and challenges of anti-dumping duties and rules of origin through the perspective of multi-modal connectivity and deepening of cooperation in the context of sub-regional cooperation.

The CEPA will also incorporate a host of issues of mutual interest, including the development of railway infrastructure, port infrastructure, regional connectivity through multi-modal transportation, harmonisation of standards, and mutual recognition agreements.

CEPA will give a significant boost to two-way trade and strengthen the scope of investment as it offers new avenues and ways of cooperation.

According to reports, India exported goods worth $16.15 billion to Bangladesh in FY22, an increase of over 66 per cent from $9.69 billion in the year before. With this, Bangladesh has become the fourth-largest destination for Indian exports.

Meanwhile, imports from Bangladesh surged 81 per cent to $1.97 billion in FY22 from $1.09 billion in FY21, making India its seventh-largest export destination.

News Next Desk - February 7, 2023 0
Shah Rukh Khan starrer 'Pathaan' has proved that it was indeed worth the wait. Fans were super excited to see the superstar on the...
%d bloggers like this: