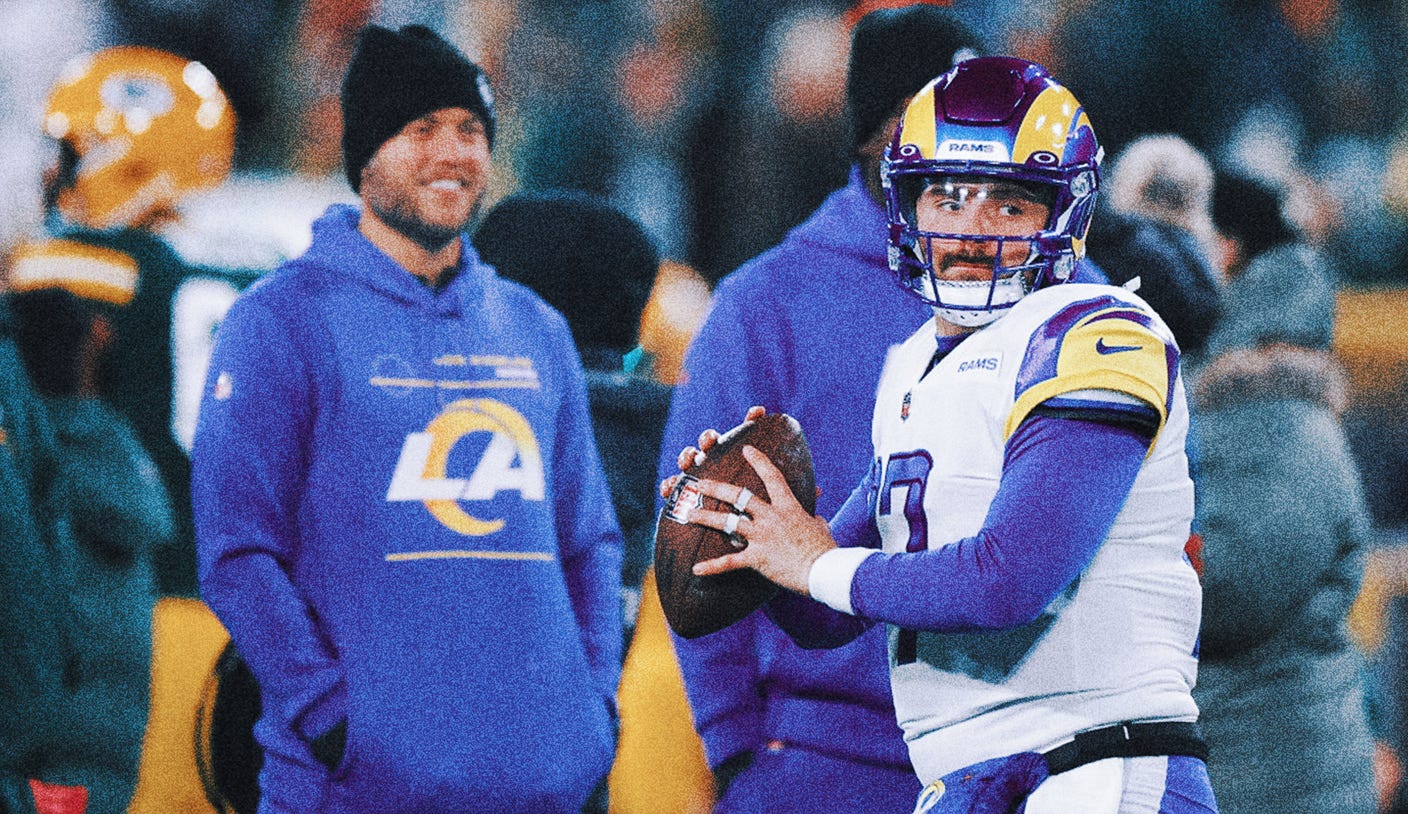 How low can they go?

The Los Angeles Rams have three more games to play before their nightmarish defense of a Super Bowl title mercifully comes to an end. They were officially eliminated from postseason consideration after the team’s 24-12 road loss to the Green Bay Packers on Monday Night Football.

At 4-10, the Rams joined the 1999 Denver Broncos with the most defeats in NFL history for a defending Super Bowl champ. The Rams are the first defending champ to miss the postseason since 2016.

“There have been a lot of things that I’ve kind of thought about that I think can make sense of why you’ve gotten here,” head coach Sean McVay said after his team’s latest loss. “But it still doesn’t make it any easier, and it’s a very humbling season for sure.”

With foundational players like quarterback Matthew Stafford, receiver Cooper Kupp and defensive lineman Aaron Donald likely done for the year due to injuries, McVay continues to evaluate younger players in preparation for what will be a challenging offseason.

Journeyman quarterback Baker Mayfield, L.A.’s fourth starting QB this season, is also being evaluated. The former No. 1 pick’s monthlong audition with the Rams got off to a great start when he executed an improbable comeback over the Las Vegas Raiders with only two days to prepare.

However, after 10 days to get more familiar with his new team’s playbook, Mayfield got a dose of reality, with the Rams losing handily to the Packers.

Skip Bayless and Shannon Sharpe react to the Packers’ win over Rams.

The Oklahoma product completed just 57% of his passes for 111 yards on Monday, with a touchdown and an interception. He was sacked five times, posting a 67.8 passer rating.

Mayfield was hit another nine times and pressured on 33% of his dropbacks. The Rams lost center Brian Allen to a calf injury and had to shift Coleman Shelton over from right guard midway through the game. Mayfield was under duress most of the contest, missed on a couple throws down the field and did not take advantage of his checkdowns often enough, at times holding onto the ball too long.

“I was more frustrated with how I played early on,” Mayfield said after the game. “There were some plays, just easy checkdowns when they were playing that soft coverage that we got to later. I think I could have made a few plays just to stay on track earlier in the game.”

A challenging offseason awaits McVay once the regular season concludes in January. The Rams finish the year with a home contest against the Denver Broncos on Christmas, a New Year’s Day tilt in the Battle of L.A. against the crosstown Chargers and the season finale on the road against the Seattle Seahawks.

It’s only the second time McVay will not have made the playoffs in his six-year tenure with the team.

Stafford, out with a spinal cord injury, has said he plans to return next year. But the Rams still will have to make tough decisions on veteran Pro Bowlers like Donald and cornerback Jalen Ramsey, who may not want to stick around for an arduous rebuilding process.

McVay also must figure out how to infuse the Rams with more young, ascending talent. Because of L.A.’s focus on the “F— them picks” model of building a contender — trading premium picks for premium players in their prime — the Rams do not have a first-round selection until 2024.

Due to the trade for Stafford, the Detroit Lions own the Rams’ first-round selection in 2023 and are currently slated to pick No. 4 overall. The Rams do have six selections (four after the fifth round) along with a projected four compensatory picks because of players lost in free agency.

According to Over the Cap, the Rams are $5 million over the projected salary cap for next year, making the rebuilding process tougher for McVay and general manager Les Snead. So finding out which players could help next year is a focal point for McVay as he closes out a disappointing 2022.

“Everybody’s got to play,” McVay said. “If they’re able to play, they’ve got to be able to play. We don’t have the luxury of being able to take a different approach just based on the amount of injuries that we have.

“This is different than the preseason to me. If guys are healthy and able to go, then we’re going to continue to try and do everything we can to go out there and pour everything into these guys, let them go compete to the best of their ability and let the chips fall where they may.”

Eric D. Williams has reported on the NFL for more than a decade, covering the Los Angeles Rams for Sports Illustrated, the Los Angeles Chargers for ESPN and the Seattle Seahawks for the Tacoma News Tribune. Follow him on Twitter at @eric_d_williams.