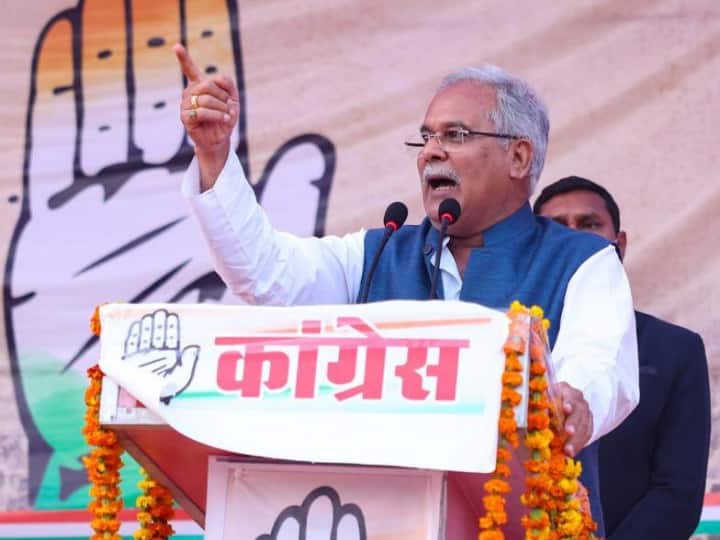 New Delhi: Amid the controversy over Shah Rukh Khan and Deepika Padukone’s new song ‘Besharam Rang’ from their upcoming movie ‘Pathaan’, Chhattisgarh Chief Minister Bhupesh Baghel on Monday slammed those who are protesting against the song and also referred to them as “Bajrangi goons”.

The senior Congress leader said, “Sadhus adopt saffron colour when they sacrifice everything in their life but these ‘bajrangi goons’ who are going around wearing saffron, what have they sacrificed for the public? Instead, they’re trying to extort.”

#WATCH | Sadhus adopt saffron colour when they sacrifice everything in their life but these ‘bajrangi goons’ who are going around wearing saffron, what have they sacrificed for public? Instead, they’re trying to extort:Chhattisgarh CM Bhupesh Baghel on ‘Besharam Rang’ controversy pic.twitter.com/XmbaWzEWm3

‘Pathaan’, starring Shah Rukh Khan and Deepika Padukone, embroiled in controversy since the release of its first song, ‘Besharam Rang’, earlier this week.

Mishra said if certain scenes in the song are not “corrected”, the government will consider what to do about the screening of the movie in Madhya Pradesh. He said the “green” and “saffron” colours of the attire of the actor (Khan) and the actress (Padukone) need to be “rectified” along with the lyrics of the song and also the title of the film, which will hit the screens next month.