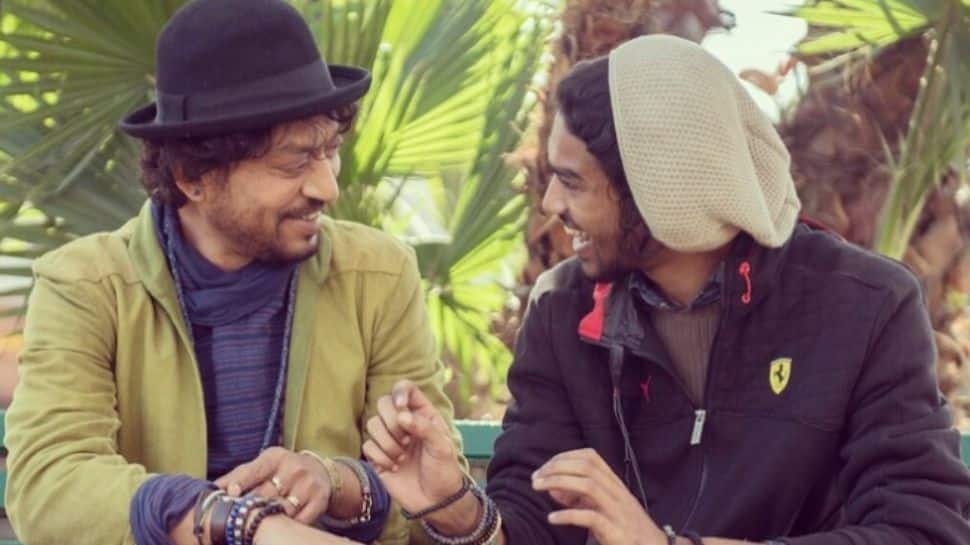 New Delhi: Star kid Babil Khan shared a heartfelt post on Instagram on the day of his late father and acting maestro Irrfan Khan’s second death anniversary on Friday (April 29). Babil who often shares posts remembering his father, is still dealing with the loss of his dad.

He wrote a beautiful note dedicated to his dear ‘baba’ and expressed that he is not ready to move on.

Babil wrote, “Dear baba, I’m trying to remember that perfume you wore, when we travelled north to watch lights dance in Norway. I remember exactly, the feeling of your smell, but I can’t remember the materialism of it. I remember the sensation on my fingertips when you spread my palms to tell my fortunes but it frightens me to forget your playful pinch on my nostrils. I have begged, and I have cried to the heavens, to let not my body forget yet; for my soul is not ready to forfeit. I am not ready to move on, and I am alright with the idea that possibly I will never be, we were never governed by logic.”

He further wrote, “You and I, singular and cosmic. Everything is, and yet it is not; You’re a perfect teardrop in my asylum. I was mindful and yet I forgot, my intonations of violence. You still breathe, in my thoughts; and our institutions of madness. I miss that, what I fought; your explorations of silence. A creation of yours, Babil.”

For the unversed, Babil is the son of late actor Irrfan Khan and film producer Sutapa Sikdar. Last year, he dropped out of Westminster University in London and focus on his acting career in Bollywood.

Irrfan died in April (2020) after having a colon infection. The actor was just 53 years old. He was first diagnosed with Neuroendocrine Tumour in 2018 for which he had undergone treatment and even chemotherapy.

However, later he developed an infection and succumbed to the deadly Cancer. His untimely demise has created a huge vacuum in the Hindi film industry.