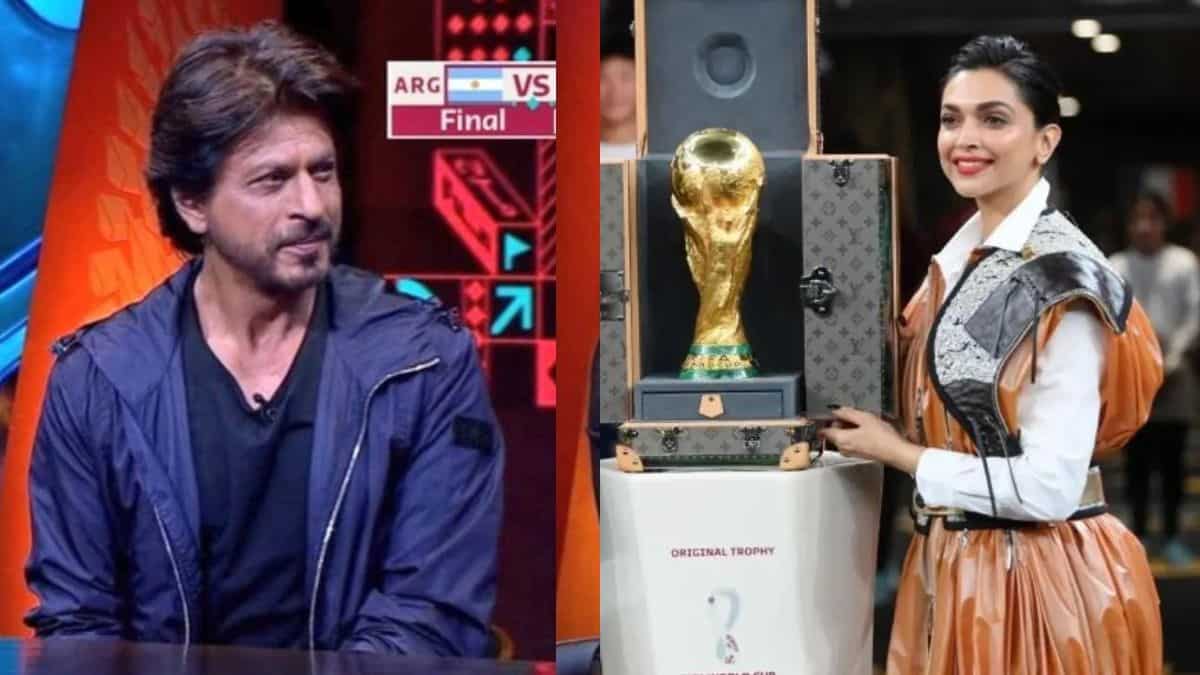 Bollywood actress Deepika Padukone, who is the global brand ambassador of Louis Vuitton, represented India at the nerve-jangling Argentina-France faceoff and unveiled the glittering gold World Cup 2022 trophy that went to the men in blue and white after a thrilling match at Qatar’s Lusail Stadium.

During the chat, SRK told Rooney that his character in ‘Pathaan’ is based on the ace footballer and that he came to the FIFA 2022 finals to just “sit next to Rooney”. He also revealed that he has been a big fan of his work. Clips of SRK and Rooney’s banter is doing rounds online.

Before the electrifying action started, Mohanlal and Mammootty marked their presence at the stadium with tweets. Mammootty tweeted, “Witnessing the biggest sporting spectacle! What an atmosphere … What a moment!!”

Meanwhile, Mohanlal wrote, “At Lusail Stadium, joining the world to witness the clash of the titans and partake in the world’s favourite madness! Awaiting a phenomenal and entertaining game from the bests, just like you all!”

Nora Fatehi joined Balqees, Rahma Riad and Manal to perform their song ‘Light The Sky’. She took the centre stage and crooned the song in Hindi. Dressed in an embellished black dress, Nora gave a jaw-dropping performance at the closing ceremony. Take a look!

Some B-town stars expressed their excitement for the final match from their homes. Preity Zinta tweeted, “OMG! What a game! What a stunning final. #Messi I wanted this soooo much for you. Well played Argentina. Hard Luck France! (sic)”

Tamil cinema’s ‘Lady Superstar’ Nayanthara made her love for Messi equally abundant. “WHAT A FINAL! Then Diego Maradona And Now Lionel Messi,” she wrote. Her husband Vignesh Shivan also shared a post, which read, “Adrenaline messsssssssssiiiiiiiiiied!!!! What a game!!!!!! The G.O.A.T takes it home as prayed for!!!! (sic)”

Randeep Hooda, another unabashed Messi fan, tweeted, “MESSI-ahh!!!! A lifetime of dreaming and performing at the highest level!! Finally rewarded!! A fairy tale ending to an illustrious career. Well played #Mbappe, you shined like a star. WHAT A FINAL. (sic)”