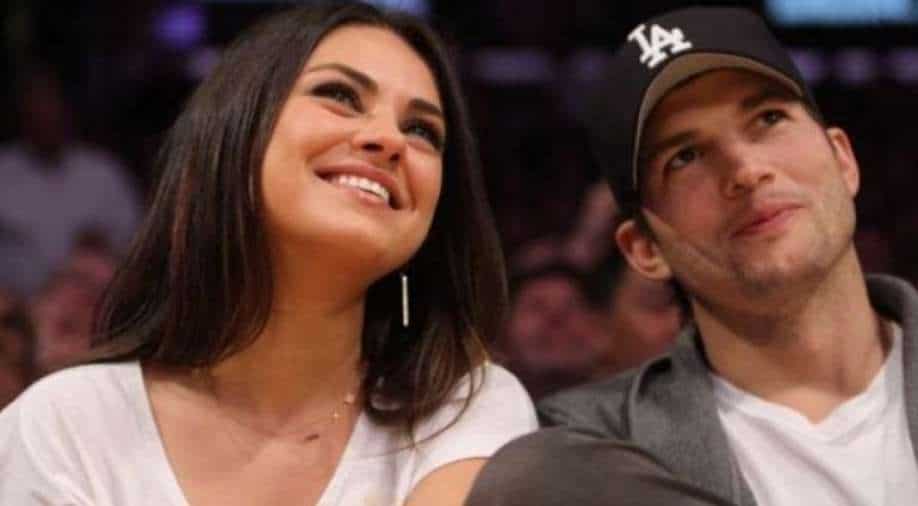 Ashton Kutcher has opened up about the time he professed his love to his wife, actress Mila Kunis. Ashton reveals he was drunk when blurted out his feelings to Kunis.

The 44-year-old actor met his now-wife when they were teenage co-stars on classic sitcom `That 70s Show’ and were paired opposite each other. The couple though didn’t start dating until 2012.

Ashton spoke during his own ‘Our Future Selves’ interview and marathon training series with Peloton,  and said, “The first time I told my wife that I love her, was while listening to `You and Tequila`.”

“I might have had a little too much tequila. I showed up drunk at her house, at like two in the morning, and I just started screaming, `You and tequila make me crazy.` And I told her I love her, and she said, ‘Don`t say it if you don`t mean it. Are you gonna love me in the morning when you wake up from this hangover?’ “

However, Kunis needn`t have worried as Ashton still felt the same way after the night before. He added, “And I woke up the next morning and said, `I still love you.` “

He shared the story while speaking to country singer Kenny Chesney, who performed ‘You and Tequila’ with Grace Potter and was surprised to learn the track played such a key role in Ashton and Mila`s relationship.

The musician said, “Well, I had no idea that me and Grace Potter were such a part of the really intimate detail for you and your wife.”

Ashton Kucther and Mila Kunis welcomed their first child Wyatt, seven, into the world in 2014, and got married the following year before she gave birth to their second child Dimitri, five, in 2016.