Home National As India Turns 75, How Relevant Are Some British-Era Laws And What... 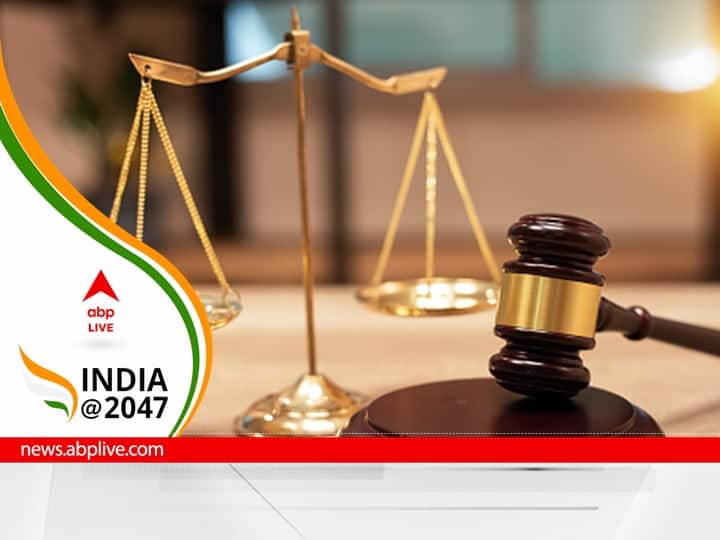 Did you know flying a kite without permit could land you in jail and make you dish out up to Rs 10 lakh as fine? Or, you can land behind the bars if you find anything worth more than Rs 10 and do not report it to the district collector concerned. As absurd as it may sound, these are just a couple of examples from the hundreds of colonial-era laws that have survived till date but have no relevance in an India that just celebrated 75 years of Independence from the British who created them.

On several occasions, Prime Minister Narendra Modi has given a call to speed up the process to remove irrelevant and archaic laws from the statutory books to help people come out of the web of legislation.

It’s been five years since the Lok Sabha passed the Repealing and Amending Bill and the Repealing and Amending (Second) Bill to repeal 245 obsolete and archaic laws. According to the reports placed in Parliament, there are more than 1,800 outdated and obsolete laws, which need to be eliminated or amended. Since 2014, about 1,200 archaic laws have been scrapped in bulk.

Among them are laws on the regulation of hackney carriages (horse-drawn carriages) to the Dramatic Performance Act, 1876, which was introduced by the British to curb theatrical representation as it was being used as a medium of protest against their rule.

Another law requiring people to have “well-brushed teeth” to be considered for the post of an inspector in Andhra Pradesh has been confined to history. So was The Ganges Tolls Act, 1867, which entailed collecting toll “not exceeding 12 annas” on boats and steamers plying on the Ganga between Allahabad and Dinapore (Bihar).

However, senior Bombay High Court advocate Ajay Panicker feels that this process of identification of the outdated laws and either repealing or amending the same has not progressed with the required speed and necessity.

“Just because the law was enacted in the colonial era, does not mean that all such laws must be repealed. Those which are totally outdated must be repealed and those which are still essential need to be amended. The deficiencies in those colonial laws can be amended and modified so as to make it adaptable to the present needs and requirements,” Panicker told ABP Live.

Seconding him, Bengaluru-based corporate lawyer Rahul Bose said outdated laws cannot be practised in the modern age where the psychology of criminals and civil damages have changed massively.

“The era when these laws were codified is completely different from the time now. Presently, the laws should be at par with the ongoing societal norms and standards,” Bose told ABP Live.

There still exist British-era laws that have purposefully not been repealed.

Several activists have flagged the persistent abuse of Section 144 of the Criminal Procedure Code (CrPC), which prohibits the assembly of four or more people in an area for the purpose of maintaining public order.

During British rule, Section 144 was regularly enforced to pre-empt and crackdown protests by freedom fighters. Activists have argued that this section has been used by the Centre and state governments to prevent demonstrations and protests.

However, Panicker said merely because there can be misuse of the power under Section 144 itself does not warrant its repeal. He said the section was very much necessary to maintain public order, especially during communal tensions, and public health as was seen during the early days of the Covid-19 pandemic.

“Section 144 has been effectively used during Covid-19 pandemic period in order to force the people not to assemble in public places. Time and again prohibitory orders have been issued in the interest of saving the people from the spread of Covid-19 virus and thereby protecting the public health,” the senior lawyer told ABP Live.

According to Panicker, Section 144 becomes an issue when it is misused to take away the fundamental right to freedom of expression and right to assemble for lawful purposes as guaranteed under Article 19 of the Constitution. To prevent its misuse, Panicker has called for checks and balances.

However, Bose, who also specialises in intellectual property rights (IPR) law, said the judiciary should be proactive in making the amendments rather than waiting for the executive.

“Also, there is a feeling that colonial laws were much more stringent and effective. However, we overlook the fact that the world has moved on, and so should the protection for citizens,” he said.

Interestingly, a similar law has been abolished by the British long back while it continues to remain in India.

The blasphemy law (Section 295, Section 295A, Section 296) has been time and again used for banning publication of books and other content in India despite being abolished in the UK in 2008.

The UK abolished the legislation since the lawmakers felt it served no useful purpose, and that they instead allowed religious groups to censor artists.

Comedian Kiku Sharda was arrested in 2016 under Section 295A of the IPC for allegedly hurting religious sentiments of followers of Dera Sacha Sauda leader Gurmeet Ram Rahim Singh.

Panicker feels while the blasphemy law is very much essential to maintain communal harmony and public order, fair criticism on outdated religious laws and practices must be brought under “exceptions”.

“A religious criticism when made by members of the same religion is not blasphemy, whereas when the said statement made by members of another religion, like the case of Nupur Sharma, the law is applied differently. This needs to be dealt with by amending the law,” he said.

Recently, suspended BJP spokesperson Nupur Sharma’s alleged blasphemous comments against the Prophet led to filing of multiple FIRs and led to violent protests across the country.

Abhishek Mishra, a PhD fellow at Hamburg University, feels the right to life and freedom of speech and expression is above everything and should be non-negotiable for anyone, including Nupur Sharma.

“Section 295 is colonial and an anti-Bharat legislation, which pierces the very idea of Bharat. This law must go, it has no place in any civilised world,” Mishra wrote in an article published on ABP Live.

Does Sedition Law Need To Go?

The law of sedition, which has been one of the most criticised legislations in recent times for allegedly scuttling freedom of speech and expression, was introduced in India from the UK where it was abolished in 2009.

Bose said sedition was one of the core weapons that was initially introduced to bring a balance between freedom of speech and expression and intentional misuse of that right. “Even today, we are in search of that balance,” he said.

According to data from the Union Ministry of Home Affairs, as many as 399 cases of sedition (Section 124A of the IPC) were registered in the country between 2014 and 2020. However, convictions were granted only in eight of them.

The Supreme Court earlier this year stayed all proceedings in sedition cases and directed the Central government to re-examine the validity of this law and do the needful to amend it for arresting its misuse.

The order came after the Centre acknowledged that the law was not in tune with the current times.

Panicker said we might have reached the end of the tunnel in modernising the sedition law so as to curtail the misuse and make it a bailable offence with simple punishment.

“The sedition law has been subject to misuse from time to time in order to suppress the criticism against the government and government policies. It is a draconian law and a person found guilty of this offence is not eligible for any government job,” the Bombay High Court advocate said.

However, Panicker said its complete abolition was unwarranted as there were genuine cases of sedition, and this law was essential to deal with the same.

News Next Desk - December 2, 2022 0
New Delhi: The Shukravaar Ka Vaar episode today was all about the kichad all the contestants throw at each other verbally and on the back. BB...
%d bloggers like this: