Home World Artemis 1 successfully launched as NASA ushers in a new era of... 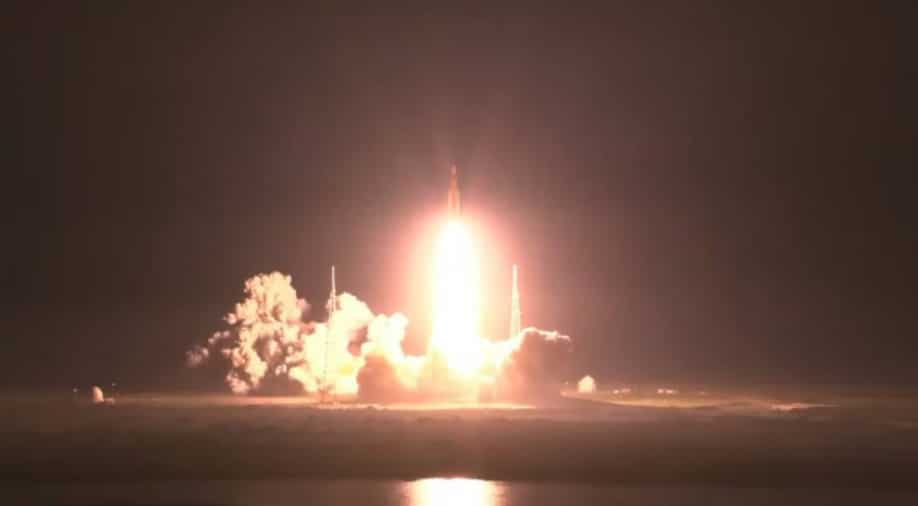 “We are going. For the first time, the @NASA_SLS rocket and @NASA_Orion fly together. #Artemis I begins a new chapter in human lunar exploration,” tweeted NASA.

Charlie Blackwell-Thompson, NASA Artemis launch director released a statement after the successful launch where he said, “On behalf of all the men and women across our great nation who have worked to bring this hardware together to make this day possible, and for the Artemis generation, this is for you.”

Wednesday’s launch wasn’t without its hiccups as hydrogen fuel line leaks were reported, forcing the operation’s team to halt fueling of the tanks and deploy a ‘red crew’. Notably, the ‘red crew’ is a group of specially trained engineers to make repairs when the rocket is fuelled with propellant.

The ‘red crew’ team has successfully remedied the leak, and it has not recurred. Bad ethernet switch is being replaced now.

As reported by WION extensively, the Artemis programme, named after the sister of Apollo in Greek mythology, is NASA’s successor to the Apollo lunar missions from fifty years ago.

The only spaceflights to date to land humans on the moon’s surface involved six Apollo missions between 1969 and 1972, during which twelve men made moonwalks.

The SLS is the largest new vertical launch system NASA has created since the Saturn V rockets used in the 1960s and 1970s.

The mission represents the space agency’s first step in establishing a lasting human presence on the Moon. The next aim would be to prepare for future manned voyages to Earth’s natural satellite.

The SLS-Orion spacecraft has cost NASA at least $37 billion. Its development has taken more than ten years after being plagued by years of delays and billion-dollar cost overruns. However, Wednesday’s launch comes as a sweet moment of redemption for the premier US space agency.

(This is a developing story. More updates to follow)

News Next Desk - December 8, 2022 0
On Wednesday, Chinese President Xi Jinping began a visit to Saudi Arabia. The visit has been touted by Beijing as the nation's biggest diplomatic...

News Next Desk - December 8, 2022 0
Kajol is on a promotional spree for her film 'Salaam Venky' lately. The film which is directed by Revathy sees Kajol play a mother...
%d bloggers like this: