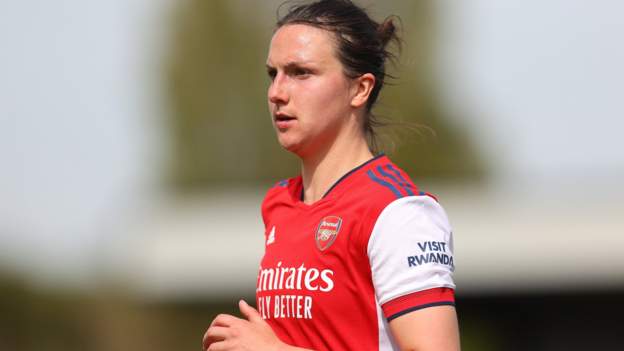 The 23-year-old returned for a second spell with the Gunners in September 2020 after three years with American college side North Carolina Tar Heels.

The length of the deal is undisclosed, and includes a commitment for the lifelong Arsenal fan to work with the club’s local community projects.

“This contract means so much more to me and to my family than just it being a football contract,” said Wubben-Moy.

Wubben-Moy has made 61 appearances for the club over her two spells, having made her debut as a 16-year-old in 2015.

She made her England debut in February 2021 against Northern Ireland and has seven caps for the Lionesses.

“Lotte has proven herself as an important player for us this season and so I’m delighted that she has extended her stay with the club,” said Arsenal boss Jonas Eidevall.

“She is one of the most exciting young defenders in English football and I believe she has all the tools to continue her progression here at Arsenal.”