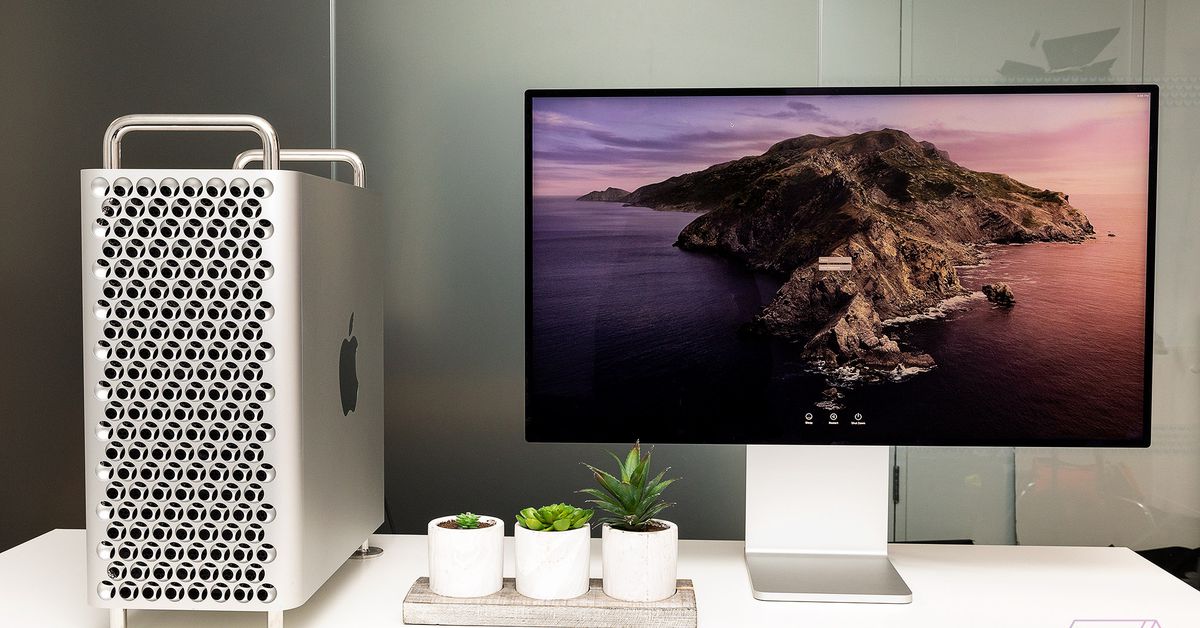 Apple’s working on “multiple new” external monitors outfitted with the company’s in-house silicon, according to a report from Bloomberg’s Mark Gurman. This lineup’s expected to include an updated version of the Pro Display XDR, which was last released in 2019.

Besides the rumored Pro Display XDR, it’s still not entirely clear what other kinds of monitors Apple has planned. Supply chain analyst Ross Young says Apple could release a 27-inch mini-LED display with ProMotion in the first quarter of 2023, a potential indicator that Apple’s working on an update to the 27-inch Studio Display.

Apple’s existing Pro Display XDR costs $4,999 (not including the optional $999 Pro stand) and comes with a 32-inch 6K LCD panel capable of reaching 1,600 nits of brightness. But unlike the previous Pro Display XDR, this new monitor might not ship until after the release of the upcoming Mac Pro, which Gurman says is further along in development.

Apple was supposed to have launched the Mac Pro by now to meet its goal of converting all its Macs to Apple silicon in the two years following the M1 chip’s release. However, Gurman says feature changes and a potential production relocation to Vietnam have caused delays in its development. While Mac Pro was initially rumored to come with the option for a high-powered “M2 Extreme” chip with 48 CPU cores and 152 GPU cores, Gurman says the chip’s complexity, as well as the cost and resources required to produce it, may have led Apple to scrap the idea.

The Mac Pro’s now expected to ship with the new M2 Ultra chip that should have up to 24 CPU cores and 76 graphics cores with the potential to support at least 192GB of memory. Gurman says the Mac Pro will also retain its expandability, allowing users to add more memory and storage. Meanwhile, the upcoming Mac mini could arrive in M2 and M2 Pro variations, while Apple could launch its M2 Pro and M2 Max-equipped MacBook Pros early next year. Gurman notes that Apple is also working on an iMac Pro with Apple silicon, but that machine has “suffered internal delays for similar reasons as the Mac Pro.”