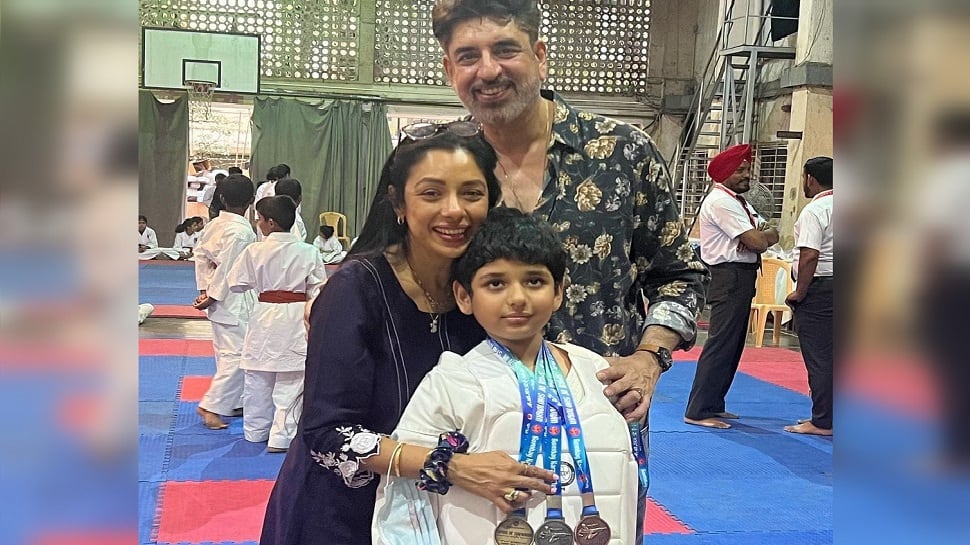 With hardly any days off due to a packed shooting schedule, Rupali was just about able to squeeze in a holiday for her son’s Shotokan karate tournament. In spite of a bad stomach ache, Rupali’s son insisted on going to the competition where he gave it his all and won three medals.

An elated Rupali shares, “My son Rudransh is my inspiration! He really proved to be a determined child in this competition. There was no way he was giving up, in spite of us telling him to go to the hospital for a stomach checkup. He had not attended school for five days, and could not even go down to play in the building, but insisted on going for the tournament. Initially we thought we would take him to just watch it since he was so keen to go, but he came back winning three prestigious medals, making the entire family proud in spite of being in pain. But for me, the win was not the medals, the win was more the fact that despite the stomach pain he stayed back for the fight. His undying spirit and commitment to his craft, that is what make my son a winner for me. The medals were a bonus, but I am an extremely proud mother because for a little man of 9 years old to do that, was commendable for me as a mother to see”.

“As a mother, I feel that I am learning more from my child every single day. I am busy on shoots and he is back to his school life routine, but the way in which he conducts himself and his never-dying spirit is what motivates me. I am a proud mother, and my son’s fighting spirit is what teaches me that I need to go out there every day and keep up the same attitude myself. At times it just surprises me as to how children can be so strong even when they are in their most vulnerable moments, which we adults should be grateful to learn from!” concludes Rupali.

News Next Desk - January 28, 2023 0
Shannon Sharpe and T.I. continue their conversation about Tip’s music career. T.I. reveals to Shannon...
%d bloggers like this: