Home Entertainment An Action Hero: Ayushmann Khurrana opens up about the film, says ‘It... 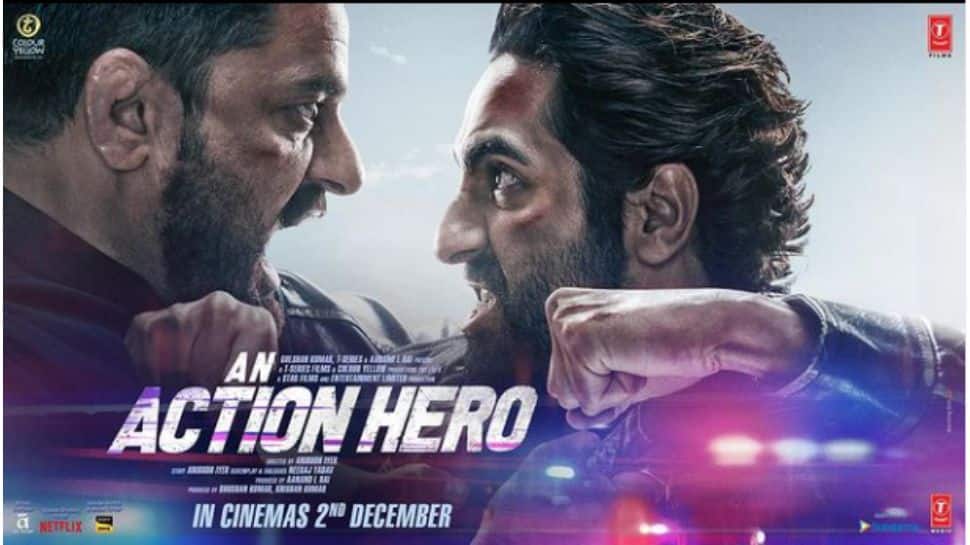 New Delhi: Ayushmann Khurrana, who has become one of the most bankable actors in the Indian film industry in the last five years, has recently attempted to shed his image as the relatable common man and be seen as a flamboyant Hindi movie star in his next film, An Action Hero. The film’s trailer was recently released, and it has received much love from the general audience.

Ayushmann, while talking about his experience doing the film, said, “It felt like I was making my debut in the Hindi film industry while filming for An Action Hero! I have never explored this genre in my career so I had to unlearn and learn many things to pull off this role effectively on screen. I had a lot of fun and I hope audiences will appreciate what I have tried to do on screen with a disruptive film like An Action Hero.”

Here is the trailer of the film:

He added, “Also, my character, Manav, is far removed from who I am in real life. Manav is extravagant, spoilt, moody and a brat. So, to play him, I had to become someone else completely and channelise these traits.”

Reacting to the love the trailer has been receiving, he said, “I’m thrilled that people have loved the trailer of Action Hero. I always want to present myself in a new way on screen and hunt out scripts that sparkle with newness every single time. It feels great to see how people have connected to An Action Hero as being that kind of film.”

An Action Hero has been directed by Anirudh Iyer and is being produced by Aanand L. Rai, Bhushan Kumar, and Krishan Kumar. The film is slated for release on the 2nd of December.

News Next Desk - December 6, 2022 0
In a shocking incident, a woman was stabbed to death and her limbs were chopped off by a man in Bihar’s Bhagalpur on Saturday....

Critics and fans laud ‘Vadhandhi– The Fable of Velonie,’ call it...

It’s a showdown ! Let’s Kill Santa this Christmas? The Great...

News Next Desk - December 6, 2022 0
Gen Z moms have a single message for Santa Claus riding on his reindeer. Turn around and leave! Yes. You heard that right. Well....