Home World All you need to know about Trump, his political career, presidency and... 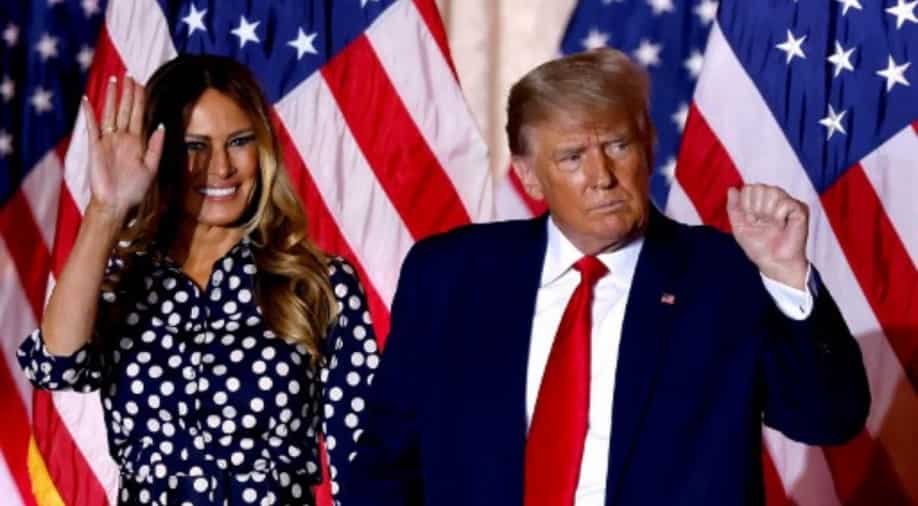 Did you know that Donald Trump, who launched a third bid for the White House on Tuesday, had been contemplating a presidential run as early as 1988? But things never worked out, that is until 2015 when he finally decided to run for president. Let’s understand Trump’s trajectory in his race to bag the top spot and the highlights of his presidency.

Trump was one of the leading candidates in early polls for the 2012 presidential election. But in May 2011, he decided to drop out after “several months of unofficially campaigning”.

In 2013, Trump spoke as a featured speaker at the Conservative Political Action Conference and around this time started researching a possible run for President for the next term. Some New York Republicans wanted Trump to run for governor in 2014. His most popular stint has been on the TV show “The Apprentice”, but in February 2015 he did not renew his contract with the show. This led to noise that Trump might finally be considering running for president.

On June 16, 2015, Trump announced at Trump Tower in New York City that he will be running for president. He highlighted domestic issues such as illegal immigration, job offshoring, the US national debt, and Islamic terrorism and his campaign slogan was “Make America Great Again”, one which he still carries with him to every campaign rally.

“When Mexico sends its people, they’re not sending their best … They’re sending people that have lots of problems, and they’re bringing those problems with [them]. They’re bringing drugs. They’re bringing crime. They’re rapists. And some, I assume, are good people.” This statement by Trump following the announcement led to sharp criticism among various circles. Several organisations distanced themselves from him. He even promised to build “a great, great wall” on the United States–Mexico border, stating that Mexico will pay for the wall.

He proposed “limits on legal immigration and guest-worker visas” and a pause on green cards to “allow record immigration levels to subside to more moderate historical averages”. He also opposed the H-1B visa programme.

After becoming president, he went on to impose a travel ban on citizens of seven largely-Muslim countries. He places a prohibition over issuing visas to them and expanded the ban to 13 countries in 2020.

He also tried to end the Deferred Action for Childhood Arrivals (DACA), a program put in place by Barack Obama in 2012 to help those brought to the country as children but aren’t lawfully in the country.

One of his most horrific policies was a “zero tolerance” policy that required the arrest of anyone caught illegally crossing the border. This led to children being separated from families and reportedly being kept in inhumane conditions.

During the campaign, Trump’s lawyer Michael Cohen allegedly paid adult film actress Stormy Daniels hush money to stop her from talking about her affair with Trump between 2006 – 2007. While Cohen went on to admit that he did pay Daniels at the direction of Trump, the latter denied knowing anything about it.

A series of explosive hearings by the House of Representatives panel probing the attack on the US Capitol by Trump supporters on January 6, 2021 offered a roadmap for potentially charging the ex-president with a crime.

Trump is also being investigated for pressuring officials in Georgia to overturn Democrat Joe Biden’s 2020 victory. An infamous taped phone call allegedly points to Trump asking the secretary of state to “find” enough votes to reverse the result.

New York state attorney general, Letitia James has filed a civil suit against Trump and three of his children, accusing them of business fraud. Donald Trump Jr, Ivanka Trump and Eric Trump are accused of overvaluing multiple assets to secure loans and then undervaluing them to minimize taxes.

Trump is also being investigated for holding on to confidential documents after leaving the presidency. His Mar-a-Lago home was raided by the FBI in August in which it found several such documents.

The January 6 assault on the Capitol by Trump supporters will probably go down in history as one of the biggest black marks in US political history. After Trump denied Biden’s victory, he gave a speech to his supporters following which hundreds of them attacked the Capitol. The matter is still under investigation and Trump says he has done nothing wrong.

Now that he has announced his presidential bid, despite a poor showing by his candidates in the midterms, and lack of support from within the party, it will be interesting to see how will Trump claw back into the place he enjoyed until just a few weeks back.

News Next Desk - December 6, 2022 0
The NFL is a week-to-week league with teams and players struggling to string together top performances back-to-back. The inconsistency...

News Next Desk - December 6, 2022 0
We've asked for comment but have yet to hear if the company will address the issue of people being able...

Apple may shift some iPad production away from China to India

News Next Desk - December 6, 2022 0
After shifting iPhone production away from China, it now looks as if Apple’s got its eye on iPad production. According to CNBC, Apple is...

With Neymar back and feeling good, Brazil as dangerous as ever

News Next Desk - December 6, 2022 0
Laken Litman College Football & Soccer Analyst DOHA, Qatar — It was just a couple of days ago that Neymar...
%d bloggers like this: