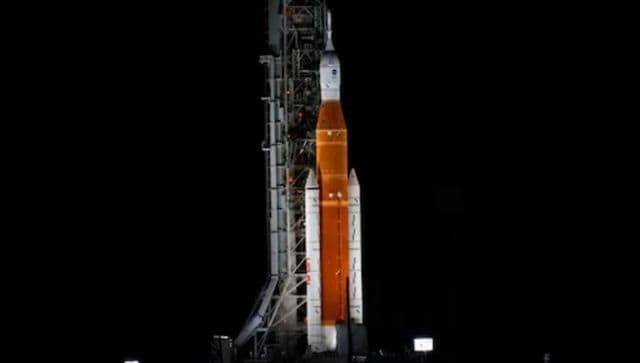 The American space agency NASA is all set to launch its Artemis 1 moon mission on Wednesday, 16 November after months of failed attempts due to technical issues. While last-minute preparations are still underway ahead of the launch of the agency’s Space Launch System (SLS) rocket and Orion capsule, if successful, the mission will complete a total of 626 days before Orion returns to earth. Notably, the launch will also mark the debut of one of the most powerful rockets ever assembled and further will kick off NASA’s long-awaited return to the moon’s surface.

Presently, while the SLS was scheduled to be launched from Kennedy Space Centre in Cape Canaveral in a two-hour launch window that opens at 11:34 am, a new launch time is being ascertained due to certain delays that were detected this morning.

In the meantime, let’s check in detail about the entire mission and take a brief recap from the past.

The Artemis programme is a part of a series of ongoing space missions run by NASA with Artemis 1, Artemis 2, and Artemis 3 presently in progress. Speaking about the first mission, Artemis 1 is an uncrewed test flight of the 322-foot SLS rocket and the Orion crew capsule aimed to go around and beyond the moon. The mannequins are equipped with sensors that will further replace the crew members. Furthermore, Orion will orbit the Moon before coming down to the Pacific Ocean.

While the mission will not carry any astronauts, nor will land on the moon, it is significant in terms of displaying NASA’s monster rocket and deep space capsule’s abilities.

A brief recap of delays in the Artemis 1 launch

Ever since the mission got approved, NASA has been making several attempts to get Artemis 1 off ground. In the past, two attempts have been already called off due to reasons surrounding technical issues.

In its first attempt made in August, the rocket was hit by an engine snag forcing the engineers to call off the launch. While efforts were made to troubleshoot the problem on the launch pad, another hydrogen leak came up thus failing the second attempt.

Following this, the rocket again returned to the pad for a third attempt, but this too with Hurricane Ian closing down on Florida, the mission was called off and pushed to November.

At this moment, if things go right, NASA can proceed with the Wednesday launch. However, if needed the agency also has a back-up launch date on 19 November.