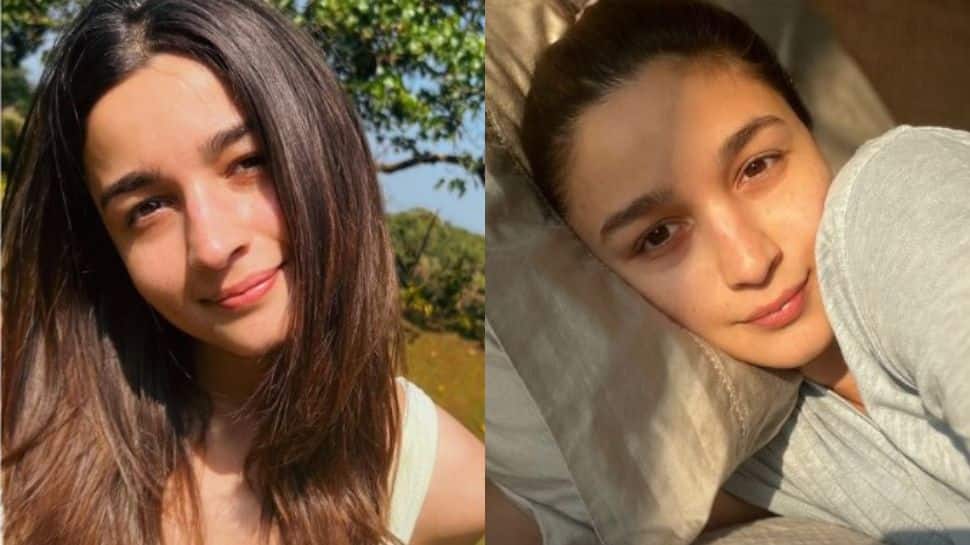 Mumbai: Bollywood actor Alia Bhatt, on Sunday, dropped an adorable sun kissed selfie. Taking to Instagram, Alia shared the pictures on her stories which she captioned, “Time to trouble you with another one of my sunshine selfies. Happy Sunday.” In the picture, Alia could be seen in a no-makeup look, lying on her bed. The `Brahmastra` couple Alia Bhatt and Ranbir Kapoor welcomed a baby girl, Raha, on November 6.

Announcing the baby`s arrival, Alia via an Instagram post said, “And in the best news of our lives:- Our baby is here…and what a magical girl she is. We are officially bursting with love – Blessed and obsessed PARENTS!!!! Love love love Alia and Ranbir.” 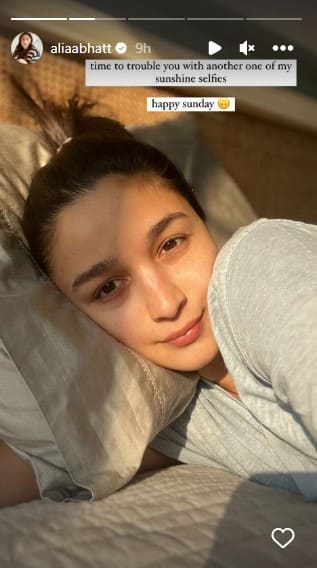 Alia has been frequently showering her fans with cute pictures from her preggers diary throughout her pregnancy. The power couple announced their pregnancy in June this year. The `Brahmastra` couple tied their knot on April 14, 2022, after dating for years at Ranbir`s Mumbai residence in an intimate ceremony.

Meanwhile, Alia was recently seen in the sci-fi action film `Brahmastra: Part 1- Shiva` alongside Ranbir, Amitabh Bachchan and Mouni Roy. Helmed by Ayan Mukerji, the film was declared a blockbuster hit. She will be next seen in Karan Johar`s upcoming romantic film `Rocky aur Rani Ki Prem Kahani` opposite Ranveer Singh, Dharmendra, Jaya Bachchan, and Shabana Azmi. The film is all set to hit the theatres on April 28, 2023.Apart from that, she also has director Farhan Akhtar`s next film `Jee Le Zara` opposite Katrina Kaif and Priyanka Chopra.