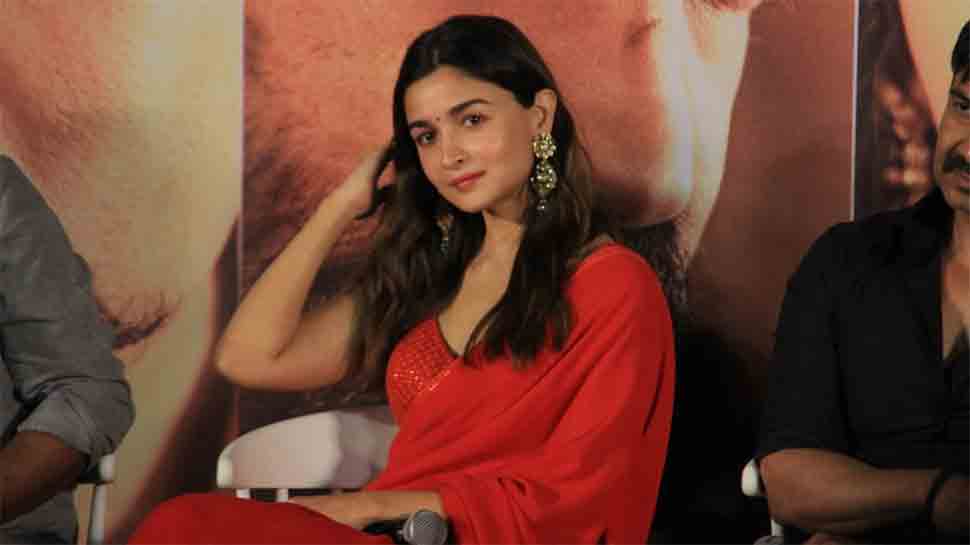 MUMBAI: Actor Alia Bhatt has quashed the rumours of her being upset with ace filmmaker SS Rajamouli over her limited screen time in ‘RRR’.

For the unversed, in the past few days, several reports circulated on social media that stated Alia Bhatt had deleted posts related to Jr NTR and Ram Charan-starrer ‘RRR’ from her Instagram account and even unfollowed SS Rajamouli on the platform.

Refuting all such rumours, Alia, on Thursday, took to social media and penned a lengthy post.

“In today’s randomness, I’ve heard that I have apparently deleted my RRR posts because I’m upset with the team. I sincerely request everyone not to make assumptions based on something as random as an Instagram grid. I ALWAYS realign old video posts from my profile grid because I prefer it to look less cluttered,” she wrote. 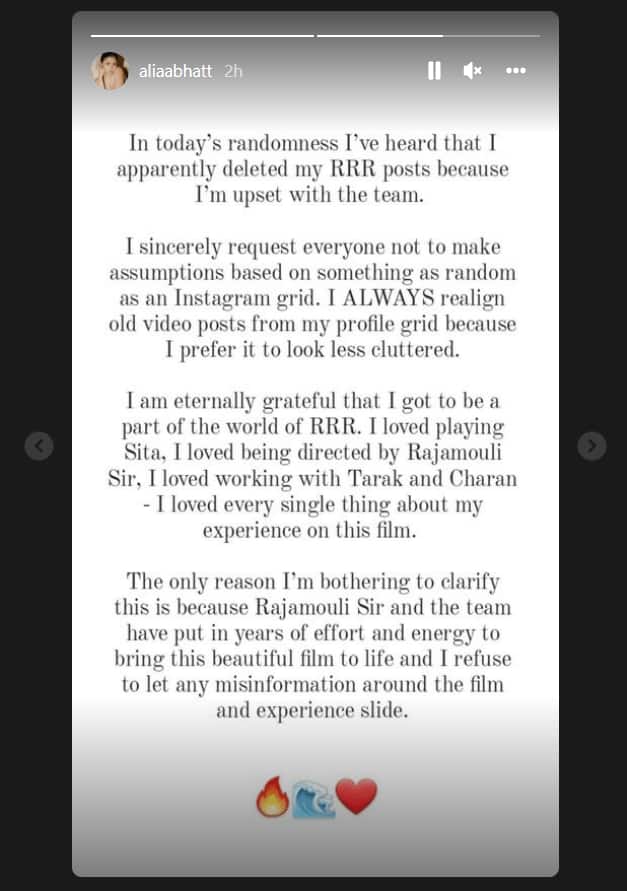 She even expressed her gratitude to SS Rajamouli for making her play the role of Sita in the film.

“I am eternally grateful that I got to be a part of the world of RRR. I loved playing Sita. I loved being directed by Rajamouli Sir, I loved working with Tarak and Charan – I loved every single thing about my experience on this film. The only reason I’m bothering to clarify this is because Rajamouli Sir and the team have put in years of effort and energy to bring this beautiful film to life and I refuse to let any misinformation around the film and experience slide,” she concluded.

SS Rajamouli’s magnum opus ‘RRR’ was released in theatres on March 25. Ajay Devgn is also a part of the film.