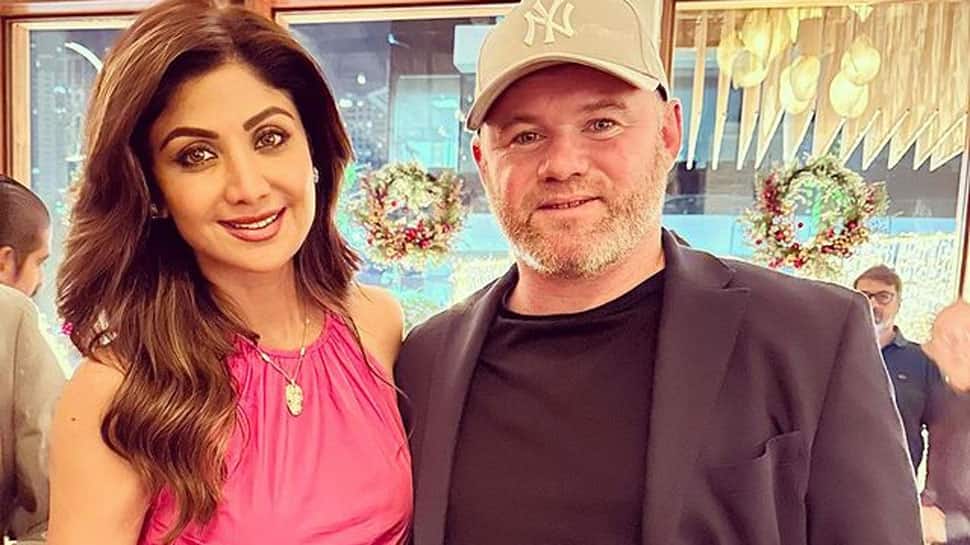 Mumbai: Bollywood actor Shilpa Shetty shared a precious moment with `The Wonder Boy` of football. Taking to Instagram, the `Dhadkan` actress posted a snap with Wayne Rooney by her side, “Football Fever With the legend himself @waynerooney, Welcome to India Friday night done right @bastianmumbai #thankgoditsfriday #football #football #worldcup #gratitude, the 47-year-old wrote in the caption. The 37-year-old footballer took to the comment section of the post to reply.

“Pleasure to meet you and your family,” the English footballer wrote, along with a smile emoji. Fans flared up the comment section with fire and heart emojis in appreciation of the picture.” Wayne love you,” a user wrote.”Wonderful shilpa mam,” another user wrote.

Meanwhile, on the work front, Shilpa was seen in an action comedy film `Nikamma` alongside Abhimanyu Dasani and Shirley Setia. She will soon be making her grand OTT debut with Rohit Shetty`s upcoming web series `Indian Police Force` alongside Sidharth Malhotra and Vivek Oberoi, which will stream exclusively on Amazon Prime Video.

The film aims to pay an ode to the “selfless service, unconditional commitment, and fierce patriotism” of police personnel across the country.