Home World After America’s cliffhanger midterm elections, what next? 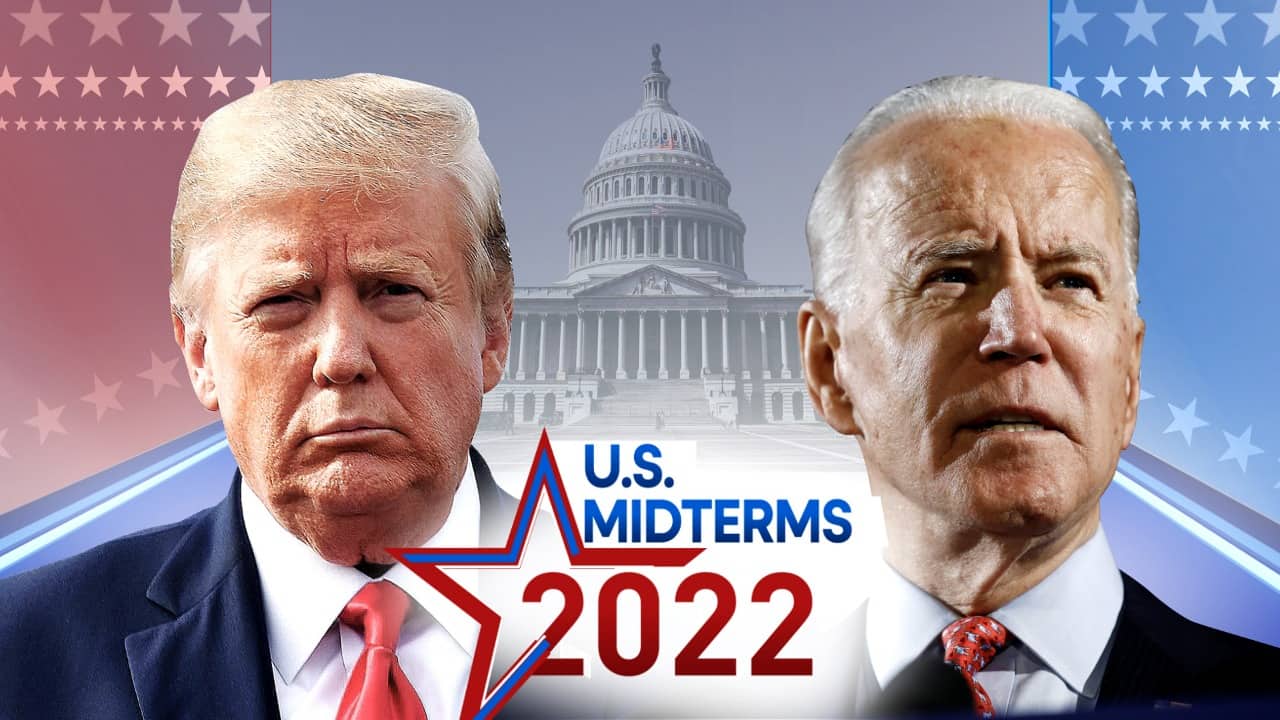 Expect a wild two-year ride through legislative gridlock, Republican Party investigations of President Joe Biden, and ugly campaigns for the 2024 presidential elections for which former president Donald Trump announced his candidacy even though his star power is waning.

After results that fell far short of Republican expectations, it is far from certain that Trump will be the nominee of a party he has dominated for six years. Infighting broke out even before he announced his candidacy at an event shunned by senior party establishment figures and even his daughter Ivanka, a close aide and confidante during his four years in power.

Election day was November 8 but because of complicated electoral procedures that vary from state to state, it took nine days for the announcement that Republicans had captured the 218 seats they needed to control the 435-seat chamber. Their wafer-thin margin stands in stark contrast with predictions of a “red tsunami,” red being the party colour.

The Democrats kept control of the Senate, winning 50 of the 100 seats. One Senate contest, in Georgia, will be decided in a run-off vote on December 6. It pits the Democratic incumbent, Raphael Warnock, against the Trump-backed former football star Herschel Walker. But even if he wins, Democrats would control a 50-50 split as Vice President Kamala Harris has the tie-breaking vote.

The election result not only surprised Republican leaders and most media prognosticators predicting a “red wave” but it also ran against a long-established historical trend. In the 22 mid-term elections from 1934 to 2018, the incumbent president’s party averaged a loss of 28 seats in the House and four in the Senate.

The reason: Republicans largely campaigned on economic issues: inflation, the high price of food and gasoline as well as rising crime and immigration. Biden and Democratic candidates focused on threats to democracy highlighted by January 6, 2021 attack on the Capitol by Trump followers trying to overturn the results of the presidential elections Biden won.

Another key theme was abortion after the Supreme Court, dominated by conservative judges, struck down a woman’s constitutional right to abortion established 47 years ago. The decision sparked demonstrations across the country.

The election featured an intervention without precedent on behalf of the Republican Party – a tweet from Elon Musk, the new owner of Twitter, to his 110 million followers. “Shared power curbs the worst excesses of both parties, therefore I recommend voting for a Republican Congress given that the Presidency is Democratic.”

It’s a simplistic argument, open for debate. Clearly, Americans paid little attention to the recommendation of the world’s richest man. Rather than curb excesses, the actual outcome of the vote, a divided congress, is more likely to result in frequent stalemates and scant chance of progress on issues of key importance for the future of the country.

A Republican House and a Democrat-controlled Senate make up for the standard definition of a ‘gridlock’. Two legislative houses controlled by different parties with starkly different philosophies. In deeply polarised America, there is almost nothing the two parties agree on.

However, there is one important geopolitical issue on which they now see eye-to-eye – support for Ukraine since Russia unleashed a war on the country on February 24. But far-right Republicans have begun to question the massive military and financial support provided by the Biden administration and its NATO allies.

Just hours after the official result of the contest for the House was announced, it became clear that for the next two years, Republican focus would be on investigative rather than legislative efforts.

James Comer, the Kentucky Republican who is expected to chair the House Oversight and Reform Committee announced the panel would investigate the Biden family’s financial affairs, with a focus on President Biden’s son Hunter and his business dealings in Ukraine, Russia and China.

Republicans are also planning a House Judiciary Committee probe into allegations that the Biden administration exerted undue influence on the Department of Justice and on courts pressing ahead with multiple criminal investigations arising from attempts to reverse Trump’s loss in the 2020 elections.

The former president is also facing a civil trial in New York that could wreck his financial empire. Analysts from both sides of the political divide have speculated that Trump’s announcement of his candidature was aimed to protect him from prosecution. According to the Justice Department, his status as a candidate would make no difference. But how this will play out remains to be seen.

In his speech announcing his presidential run, Trump appeared to assume he would be his party’s nominee. That would have been a reasonable bet before the mid-term elections and the defeat of candidates he endorsed in return for perpetuating his baseless assertion that the 2020 elections were stolen from him.

Now, even former allies and Rupert Murdoch’s media empire viz. the Wall Street Journal, the New York Post and Fox News – have begun to portray him as a loser.

In his speech announcing his third run at the presidency, Trump remarked “I am a victim. I will tell you. I am a victim,” a reference to an array of investigations and an FBI raid on his Mar-a-Largo home to seize top secret documents he had taken from the White House.

There was a succinct response from former New Jersey governor Chris Christie, once a close ally: “Republicans don’t vote for victims. They vote for leaders.”

Under Trump’s leadership, the Republican Party scored big losses in the 2018 mid-term elections; two years later he lost in the presidential race, and this year most Trump-backed candidates lost and the “red wave” turned out to be merely a trickle.

This makes little difference to the type of Trump supporters who stormed the Capitol and those who cheered the insurrection and continue to insist he won the vote. But what might change his status in the eyes of his devoted base is that Trump is becoming an object of public mockery.

The prize for diminishing the former president with ridicule goes to the once Trump-friendly New York Post which ran a front-page two days after the election with the headline Trumpty Dumpty under a picture of Trump as an egg perched on a brick wall. The text next to the mock-up: “Don (who couldn’t build a wall) had a great fall – can all the GOP’s men put the party back together again?”

The Post, once described by Trump as his favourite paper, pushed its new-found, Murdoch-sanctioned disdain even further five days later. It buried Trump’s announcement of a 2024 run on page 26 and teased the story with a single line on the bottom of the front page: “Florida Man Makes Announcement.”

It’s difficult to imagine a jab more stinging for a man as hungry to be the centre of attention as Donald Trump.

Explained: What is a runoff election that handed Democrats Senate majority with Georgia win?

When Kate Winslet was fat-shamed, told she’d get only ‘fat girl’ roles

News Next Desk - December 7, 2022 0
Ajay Devgn's 'Drishyam 2' has managed to have a glorious run at the box-office and it continues to remain steady even as it entered...

News Next Desk - December 7, 2022 0
Keeping with his "extremely hardcore" theme, as per reports Elon Musk has now set up conference rooms turned bedrooms for employees at the company's...

Ranveer-Deepika’s purchase first house together for a WHOPPING Rs 119 cr,...

News Next Desk - December 7, 2022 0
New Delhi: The Bollywood power couple Ranveer Singh and Deepika Padukone have reportedly purchased their first house together after marriage in Mumbai. The plush...

Explained: What is a runoff election that handed Democrats Senate majority...

When Kate Winslet was fat-shamed, told she’d get only ‘fat girl’...

News Next Desk - December 7, 2022 0
English actress Kate Winslet has been an accomplished, respected performer for a few decades now. Be it indie or commercial fare, she has shone...