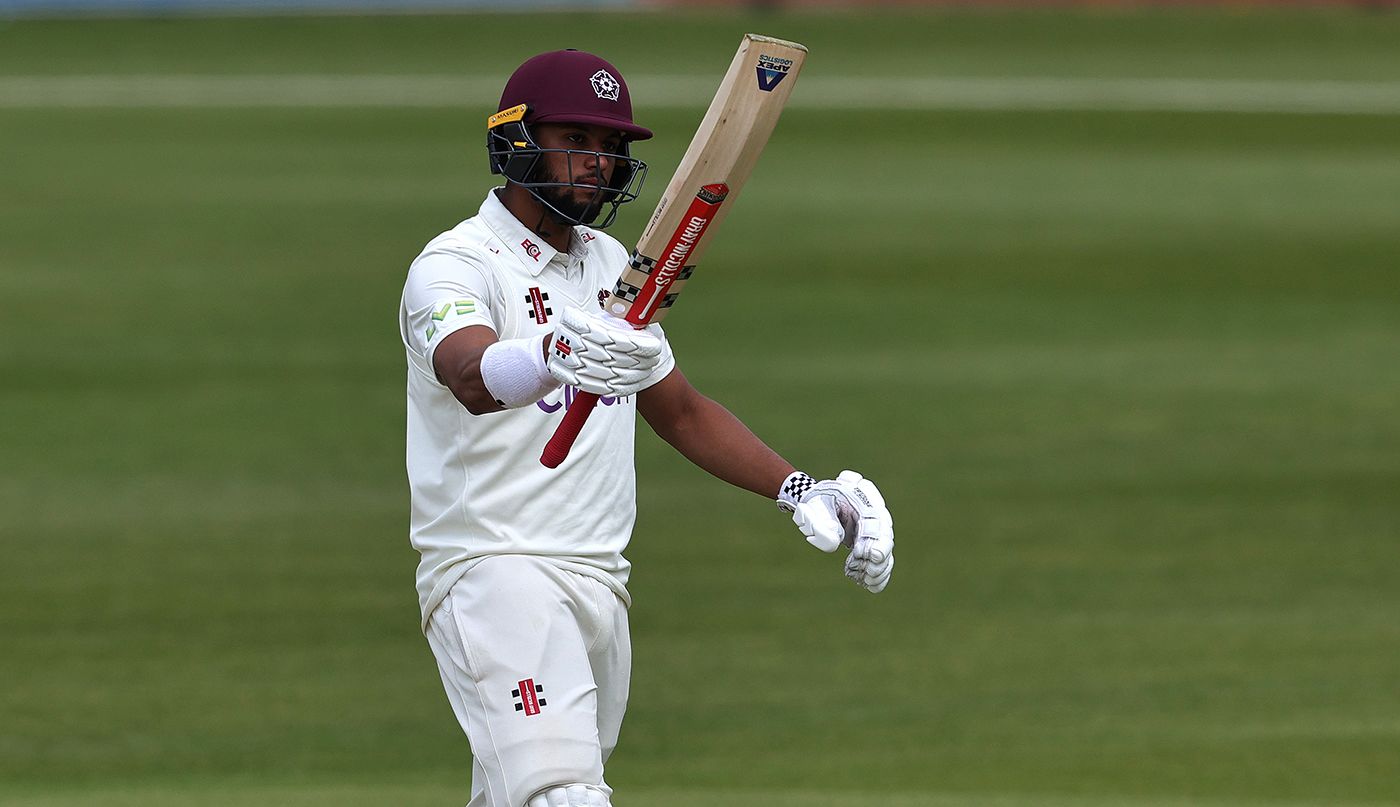 Adam Lyth and Dimuth Karunaratne shared an opening partnership of 73 as Yorkshire seized control of their LV= Insurance County Championship game against Northamptonshire.

The pair quickly built on their side’s first-innings advantage of 92 at Wantage Road, having bowled Northamptonshire out for 204 as rookie all-rounder Matthew Revis and off-spinner Dom Bess shone with the ball.

Revis – who began his career as an opening bat – took 3 for 45, his best first-class performance, while Bess tied up one end for most of the afternoon, returning miserly figures of 2 for 31 from 22 overs.

Emilio Gay produced some classy shots to top-score with 65, but Northamptonshire were unable to contain their opponents in the final session, with Lyth extending the White Rose lead to 177 as they closed on 85 for 1.

Despite losing nightwatchman Matt Kelly – who skied a hook off Jordan Thompson into the wicketkeeper’s gloves – in the second over of the day, Northamptonshire made swift progress.

Gay and Will Young (33) bustled along at four-and-a-half an over until Steven Patterson’s miserly spell stemmed the flow of runs and Revis then weighed in with two quick wickets. He sent Young’s off stump flying to break the partnership of 55 and then persuaded Saif Zaib to nibble at a ball that slanted across the left-hander in his next over.

Bess had his first delivery swept to the boundary by Rob Keogh – but the spinner eventually got his man to an identical shot just before lunch as Revis raced from backward square to clasp a magnificent catch over his shoulder.

However, Bess initially missed out on the scalp of Gay, put down by Lyth at slip on 40, and he and Luke Procter put together an industrious stand of 49 to wipe out any fears about the follow-on.

Procter dug in, with infrequent attacking strokes – although one of those, when he decided to give Bess the charge, caught his partner at the non-striker’s end a nasty blow on the left wrist.

Although fit to continue, Gay was soon back in the pavilion anyway, flicking a flighted Bess delivery into the hands of leg slip and Lewis McManus followed, caught low off Revis.

Procter battled on, finishing with a gritty undefeated 38 – enough to scramble a batting bonus point before Haris Rauf and Thompson took the new ball and cleaned up the tail.

The home seamers struggled to establish control, though, leaking runs as Karunaratne and Lyth sped past 50 inside the first nine overs of their second innings.