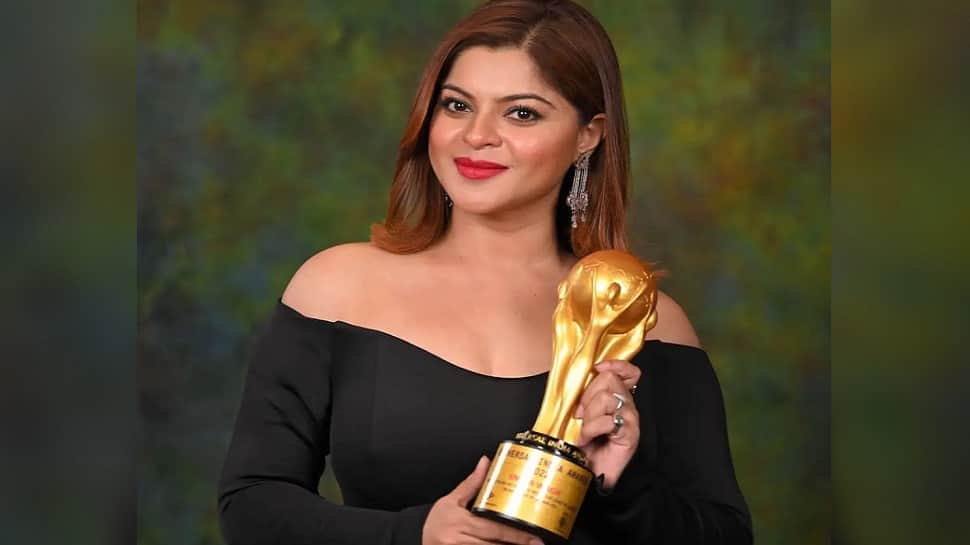 New Delhi: Playing negative characters is not an easy task, there are shades and layers to perform. It becomes tricky especially when an actor who has been playing positive roles gets into the villain zone. But, such challenges brighten up the artist’s canvas. One such is actress Sneha Wagh, who is currently experimenting with the villain sphere in Star Bharat’s ‘Na Umra Ki Seema Ho.’

The actress has been getting a lot of appreciation and accolades for her portrayal of Amba in the show. With this, yesterday the actress received Best Stylish Actor in Negative Lead for the show from Universal India Awards and added a new feather to her cap.

A grateful Sneha, thanked all her fans, speaking of this, she says, “It was not easy to get into the character of Amba, she has several layers, but that’s the real thrill. Initially I was skeptical but as I started playing her, and heard from people, it was totally worth it. So grateful for all the love and support. It’s challenging but I like it! Thank you Universal India Awards for this one… Grateful!! Saranghae…”

Over the period, Sneha’s fashion and style game has improved tremendously. After her Bigg Boss Marathi stint, the actress’s high fashion became a talk of the town. And she carries her outfits effortlessly and gracefully. Indeed, justifying the award that she has earned!

The actress also took this to her Instagram account and shared some photos. Take a look at it here!