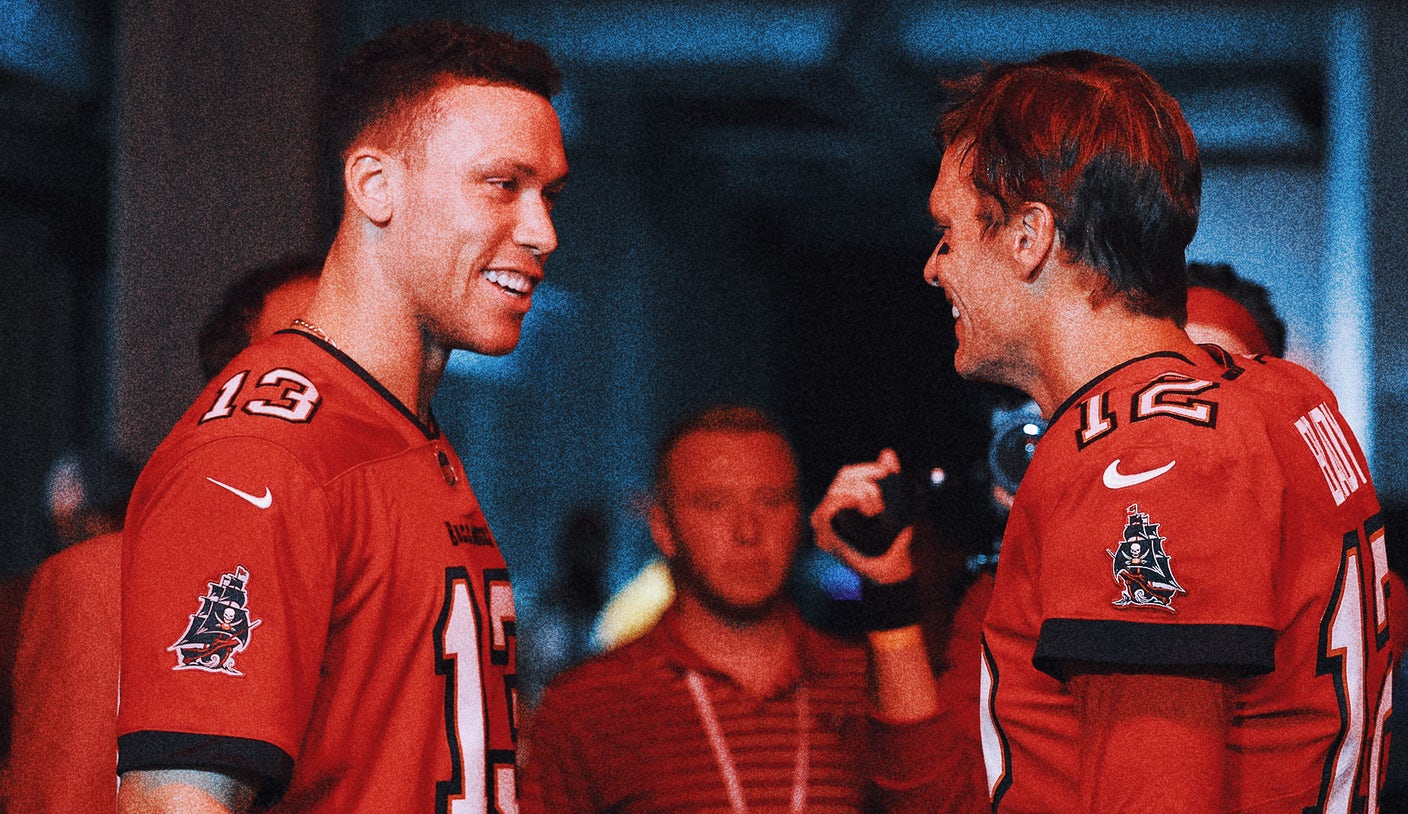 As the MLB world descended on San Diego, Calif. for the annual winter meetings, the most coveted free agent in the sport also headed south — to Tampa Bay.

Rumors continue to swirl out of Southern California about the bidding war for Aaron Judge’s services between New York Yankees, San Francisco Giants and possibly other teams, but Judge himself was on the opposite side of the continent, taking in the Monday Night Football contest between the Tampa Bay Buccaneers and the New Orleans Saints. Judge also spent some time conversing with Tom Brady before the game.

Brady, of course, knows a thing or two about being a megastar who switches teams in free agency. He signed with the Bucs in 2020 after 20 years (and six Super Bowl championships) with the New England Patriots and immediately led the team to a Super Bowl title of its own.

Judge is still a hot topic in San Diego, however, as his representatives are reportedly still in communication with the Yankees and Giants. Judge reportedly already has a contract offer in hand for nine years and over $300 million, with the bidding expected to go even higher.

By comparison, Tampa Bay’s MLB team, the Rays, recently signed pitcher Zach Eflin to the largest contract given to a free agent in franchise history — a three-year, $40 million deal.

Judge is coming off one of the greatest free agency walk years in MLB history, in which he broke Roger Maris’s American League single-season home run record and won AL MVP. Judge finished the year with a .311 batting average, 62 home runs and 131 RBIs, leading the Yankees to an AL East division championship. The Yankees were swept in the American League Championship Series by the eventual World Series-champion Houston Astros.

Judge also wore a Mike Evans jersey as a show of gratitude after the Bucs receiver wore a Judge jersey when the slugger broke Maris’s record.

Before Paris 2024, will Notre-Dame stand in glory for Olympic attendees?

Before Paris 2024, will Notre-Dame stand in glory for Olympic attendees?

News Next Desk - February 4, 2023 0
The gigantic fire that gulped iconic Notre Dame Cathedral in Paris remains a fresh blister that burns the hearts of history connoisseurs worldwide. But...

News Next Desk - February 4, 2023 0
After Bollywood actress and bride-to-be Kiara Advani, her beau Sidharth Malhotra left for Jaisalmer for their destination wedding. Sidharth, who was in New Delhi with...

News Next Desk - February 4, 2023 0
Pakistan Tehreek-e-Insaf Chairman Imran Khan on Saturday appealed to his supporters and workers to get ready for the ‘Jail Bharo Tehreek’ (fill the prison...

Assam CM Calls To Continue Crackdown On Child Marriage Till 2026...

News Next Desk - February 4, 2023 0
Assam Chief Minister Himanta Biswa Sarma said on Saturday that the state police's drive against child marriage, which began the day before, will continue...

Girl jumps in water to swim with dolphins, a shark kills...

News Next Desk - February 4, 2023 0
A 16-year-old girl was killed by a shark in Australia after she jumped into a river to swim near a pod of dolphins. The...

Nix’s Hydration Biosensor is for athletes who sweat the details

News Next Desk - February 4, 2023 0
Everywhere I look, people and gadgets are yelling at me to hydrate. On social media, the algorithm bombards me with fitness and beauty influencers...
%d bloggers like this: