Home Entertainment A sneak peek into 10 highest-grossing Christmas movies of all time &... 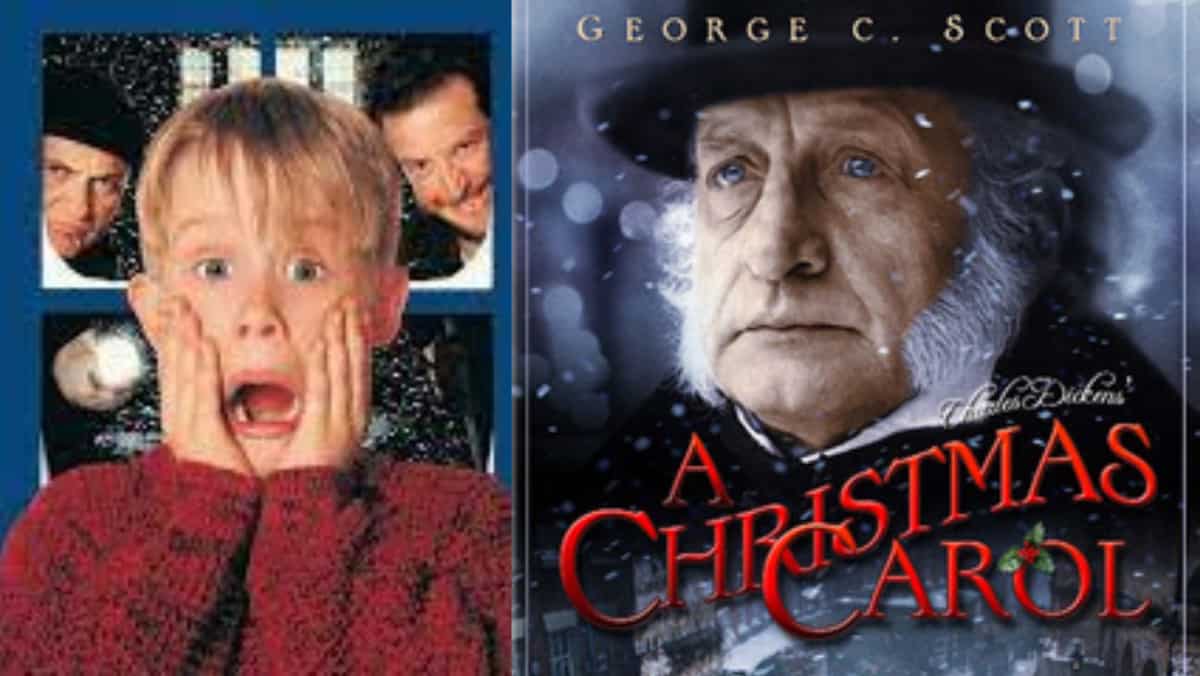 The popular animated film starring Rashida Jones and Benedict Cumberbatch is based on Dr.Seuss’ famous storybook  How the Grinch Stole Christmas! The movie was released and distributed by Universal Pictures in 2018. Critics gave it varying ratings. While some praised animation and voice performances, others believed the movie didn’t bring anything new to the original material. The gross for The Grinch is $512 million making it top the charts for the highest-grossing Christmas movie of all time. The movie is available on FX Now, Fubo and DirecTV.

The worldwide gross for Home Alone is a whopping $477 million. One can watch the movie on Disney+. Directed by Chris Columbus, the movie has a star cast of the likes of Macaulay Culkin, Joe Pesci and Daniel Stern. The film centres on an eight-year-old troublemaker who is accidentally left home alone by his family during the Christmas break. Now, he must defend his home from two robbers who break into the house.

The global gross for Home Alone 2: Lost in New York is $359 million. Streaming of this holiday film is available on Disney+. This film serves as a seasonal sequel to the 1990 film Home Alone. Macaulay Culkin, the child, is lost in New York City. Former US President Donald Trump also makes a brief appearance in the film. Accidentally trapped in New York City, Culkin discovers that the crooks are behind him.

4. How the Grinch Stole Christmas

The movie has a worldwide gross of $345 million and is available to stream on HBO Max and DirecTV. Jim Carrey stars in the movie alongside Taylor Momsen and Kelley. The movie is directed by Ron Howard was released in 2000. The movie showcases the outskirts of Whoville where a green, revenge-seeking Grinch plans to ruin Christmas for all the town’s citizens.

A Christmas Carol had a $325 million global gross. Disney+ is streaming the film. The film is based on the 1843 book by Charles Dickens. On Christmas Eve, three spirits makes encounter with Ebenezer Scrooge, a resentful and miserly man, and they convince him of the folly in his actions and urge him to change for the better.

With a worldwide gross of $315 million, one can watch the movie on HBO Max. Directed by Robert Zemeckis, the movie was released in 2004. A little child rides the Polar Express to the North Pole on Christmas Eve, learning about friendship, bravery, and the true meaning of the holiday.

Released in 2003, the movie earned a worldwide gross of $245 million. Available on AMC+, the movie is a Christmas-themed romantic comedy directed by Richard Curtis. The story of the movie follows eight very different couples as they navigate their love lives in a number of haphazardly linked stories. The film is set in London, England, during the month leading up to Christmas.

Directed by Jon Favreau, the movie Elf has an ensemble cast of Will Ferrell, James Caan and Bob Newhart. Buddy, who was raised as an enormous elf, travels from the North Pole to New York City to visit his biological father, Walter Hobbs, who is in dire need of some Christmas cheer and doesn’t know he exists. The movie has earned a worldwide gross of $225 million. One can enjoy the movie on HBO Max.

The Holiday was released in 2006. Directed by Nancy Meyers, the film is about two women who is plagued with guy-problems. Both the women swap their homes in each other’s countries. There the duo fall in love. Having a whopping gross of $205 million and can be watched on DirecTV.

The Santa Clause earned a worldwide gross of $190.5 million. The movie is directed by John Pasquin and stars Tim Allen, Judge Reinhold and Wendy Crewson.

On Christmas Eve, a guy accidentally makes Santa to fall from his roof. Later, the guy ends up being miraculously chosen to replace the Santa Clause. One can watch rge movie on on Disney+.