Home World A look at historic events of 21 November 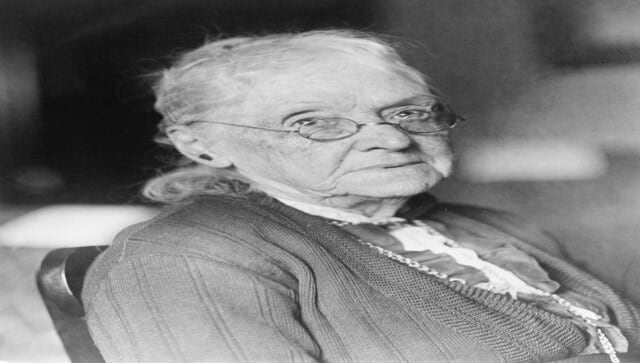 Since the beginning of human civilization, every day has witnessed some or the other historic happenings, which has etched their place in the history books. Similarly, 21 November has witnessed a plethora of events taking place, which will have an impact on generations to come. While this day in 1942 witnessed the opening of the Alcan Highway that connects British Columbia to Alaska, in 1974 Congress passed the Freedom Of Information Act. In addition, on 20 November 1980, Las Vegas’ iconic MGM Grand Hotel and Casino witnessed a fire breaking out due to an electrical fault associated with a refrigerated pastry display case. The fire, which ended up killing 85 people and injured more than 700 people, originated in an unoccupied restaurant on the casino’s first floor. Let’s take a look at some of the historic events that took place on 21 November:

First woman senator of the United States was sworn in

American political activist, writer, and lecturer, Rebecca Ann Felton of Georgia was sworn into office today in 1922, becoming the first woman in the United States Senate. While she served only for two days, at the age of 87 years Rebecca was the oldest freshman senator to enter the Senate.

It was on this day in 1953 that the authorities at the British Natural History Museum announced that the “Piltdown Man” skull, which was one of the most famous fossil skulls across the globe, was a hoax.

Dayton Accords signed; leading to end of war in Bosnia

Today in 1995, the presidents of Bosnia, Croatia, and Serbia reached a peace agreement called the Dayton Accords, which ended the war in Bosnia. Dayton Accords also outlined the General Framework Agreement for Peace in Bosnia. It holds immense significance as it preserved Bosnia as a single state made up of two parts, the Bosniak-Croat federation, and the Bosnian Serb Republic.

After about 37 years in Zimbabwe’s politics, Robert Mugabe stepped down from the post of president. This was after the parliament began the impeachment proceedings against him. Robert Mugabe, who passed away at the age of 94 in 2019, was in power as the Prime Minister from 1980 to 1987 then became the president of Zimbabwe from 1987 to 2017.

News Next Desk - December 9, 2022 0
After a two-day break, the 2022 FIFA World Cup continues Friday live on FOX with Croatia taking on Brazil at Education...

News Next Desk - December 9, 2022 0
Russian President Vladimir Putin said on Friday that the country’s government is in favour of prisoner swaps with the United States. The comments were...

News Next Desk - December 9, 2022 0
Prime Minister Narendra Modi on Friday said India's G20 presidency belonged to the entire nation and called it an opportunity to showcase the country's...