Home World A group gets washed away in flash flood; video goes viral 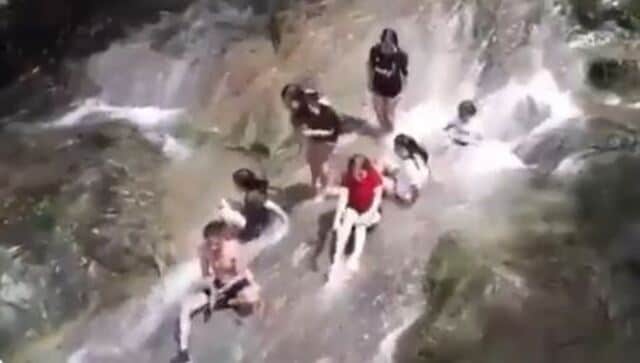 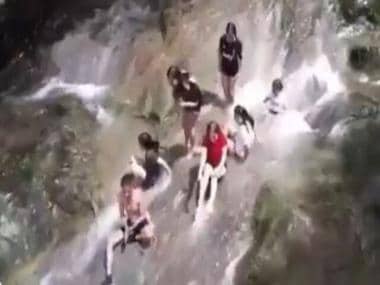 Nowadays, it has become quite common for people to go to extreme lengths to create content that can attract social media attention. Such content usually goes viral very quickly and helps to entertain the mass. There are also instances when people take huge risks for their videos which are often dangerous for their lives. One such video has recently gone viral on the internet where a group of people have washed away in a flash flood when they were simply enjoying themselves under a waterfall.

The video originally surfaced in 2021 and has again started making rounds on the internet. Shared by a user named Tansu Yegen on Twitter, the video aims to make people aware of being more careful about their lives than social media likes.

As the 1-minute-11-second video plays, one can see a group of men and women sitting under a waterfall and enjoying themselves, as they remain completely unaware of what is coming next.

It was just a matter of a few seconds when a strong wave of water came in and swept the tourists away. This also caused the tourists to panic and try looking for safer places to escape the water force.

As soon as the video went viral, many took to the comment section and shared their reactions. People also pointed out that the incident is from an accident that took place in the Philippines. A user wrote, “Terrible take. This was obviously an extremely rare/catastrophic event. Basically your point is “don’t go near water in case there is a ridiculously fast flood”? Yeah… that’s ridiculous. Live your life”, while another person commented, “Your caption is kinda insensitive. This happened in the Philippines, this accident was caused by a sudden flash flood. The people in the picture are a family, and almost wiped out.”

While the user seemed to have made an effort to make people aware of social media obsession, the video is originally from a flash flood incident and the tourists didn’t make any intentional attempt to make videos.

As per media reports, the video is from the 2021 Tinubdan waterfall tragedy that took place in the Philippines.

News Next Desk - February 4, 2023 0
The Memphis Police Department (MPD) said on Friday (February 3) that Officer Preston Hemphill, a white cop, who was involved in the fatal arrest...
%d bloggers like this: