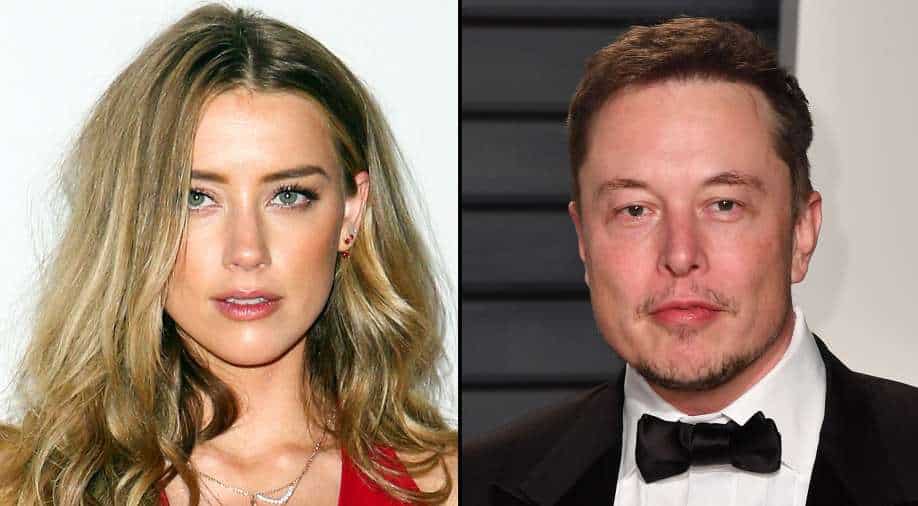 Amid a nasty court battle between Hollywood stars Johnny Depp and Amber Heard, one name that has been prominent throughout is that of billionaire Elon Musk. In his UK libel case against a tabloid, Depp had accused Musk of having an affair with Heard while she was still married to Depp.

Court documents alleged that Musk had a “three-way affair” with Heard and model-actress Cara Delevingne at Depp and Heard’s apartment in Los Angeles in 2016 while the actor was away in Australia for shooting.

Musk later went on record to deny the accusation and called Cara Delevingne his friend.

Musk though admitted to having dated Heard but only after she had filed for divorce from Depp.

Elon Musk and Amber Heard reportedly first met on the sets of “Machete Kills” back in 2013. Heard played the lead in the film and Musk had a cameo appearance. The duo remained friends but sparks flew when in January 2016 Heard and Johnny Depp’s divorce got finalised.

Musk was single at that time having divorced his wife Talulah Riley for the second time in October 2015. The two had earlier divorced in 2012 but had remarried.

Sources told People that Musk pursued Heard seriously and the actress played hard to get initially.

“Elon loves a pretty face, but he needs more to be intrigued. Amber has lots more to offer,” added a source close to Musk. “Elon is attracted to her edginess. She isn’t frightened about being different. She doesn’t get easily intimidated. She is very focused and loves to learn.”

The duo were spotted on their public outings soon after but shied away from confirming their relationship to the press.

In April 2017, Heard shared a photo of Musk and Her at an event. The photo had Musk looking away from the camera with lipstick mark on his cheek while Heard posed for the camera. “Cheeky,” Heard captioned the photo.

Musk also shared a photo of the couple on his official Instagram account, writing, “Having moo moo at Moo Moo Gold Coast with @AmberHeard, @CreepyPuppet and @CowanFilms.”

Things were going well until distance played a spoilt sport between the two. In August 2017, after just over a year of dating the duo decided to break up.

Rumours of their split were doing the rounds for weeks when Heard shared a photo of herself and The Little Mermaid’s Ariel putting forks in their hair on her Instagram account. Musk commented on the photo saying, “Cute.” He followed it up with a lengthier comment saying, “Btw, just to clear up some of the press storms this weekend, although Amber and I did break up, we are still friends, remain close and love one another.”

He also reaffirmed that stated they had split due to a demanding work schedule. “Long-distance relationships when both partners have intense work obligations are always difficult, but who knows what the future holds,” he added.

Hours later, Heard posted her own Instagram confirming the split and elaborating on the breakup.

“Being in the public eye means having to explain yourself to so many people, so much of the time. In this case, I’d like to remain more quiet. Although we have broken up, Elon and I care deeply for one another and remain close. Thank you for the continued support, respect, and privacy during these difficult, very human times.”

How is Elon Musk connected to the Johnny Depp- Amber Heard defamation case?

“I’ve been in severe emotional pain for the last few weeks,” he said. “Severe. It took every ounce of will to be able to do the Model 3 event and not look like the most depressed guy around. For most of that day, I was morbid. And then I had to psych myself up: drink a couple of Red Bulls, hang out with positive people and then, like, tell myself: ‘I have all these people depending on me. All right, do it!'”

“If I’m not in love, if I’m not with a long-term companion, I cannot be happy,” he said, later adding, “I will never be happy without having someone. Going to sleep alone kills me.”

Musk may testify in the Amber Heard-Johnny Depp case along with actor James Franco.

Depp filed a defamation case against Heard after she wrote an op-ed in the Washington Post claiming she had been a victim of domestic abuse.

Heard never mentioned Depp’s name in the article but the actor’s lawyers have stated that the article damaged Depp’s reputation and his career in Hollywood. Heard countersued Depp for physical abuse.