Home National 8-Year-Old Boy Who Fell In Borewell In MP’s Betul Dies After 4... 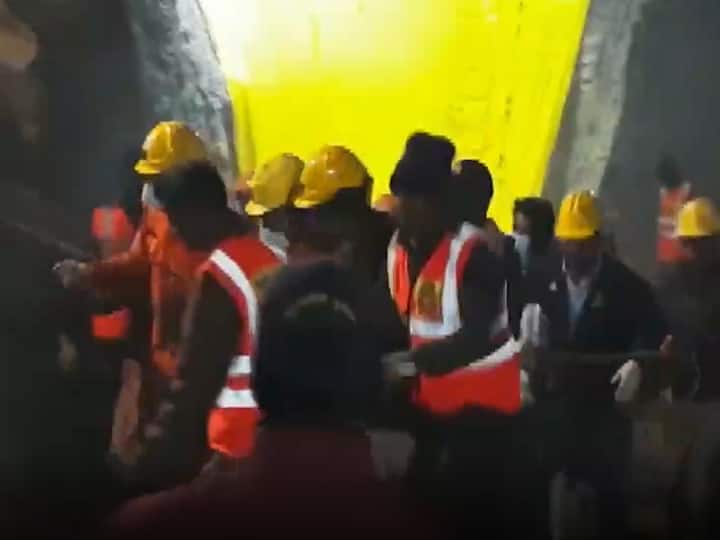 New Delhi: Eight-year-old Tanmay Sahu who fell in a borewell in Madhya Pradesh’s Betul on December 6, died after he was pulled out on Saturday. As per Betul District Administration, the child was taken to Betul District Hospital by ambulance where he was declared dead.

The incident took place on Tuesday evening in Mandvi village of the Aathner police station area when the child got trapped in a 55 feet deep borewell.

According to news agency ANI, the State Disaster Response Force (SDRF), Home Guard, and local police personnel were on the job over the past four days.

#WATCH | Madhya Pradesh | 8-year-old Tanmay Sahu who fell into a 55-ft deep borewell on December 6 in Mandavi village of Betul district, has been rescued. According to Betul district administration, the child has died pic.twitter.com/WtLnfq3apc

Additional Collector Shamendra Jaiswal on Wednesday told that no response was being received from Tanmay which led to more concerns. As per inputs, Oxygen and food items were being supplied to Tanmay, and contact was established with the help of a camera.

“Give me my child, whatever it may be. Would it have taken so much time even if it was a child of a leader or an officer?”, Tanmay’s mother Jyoti Sahu said, as quoted by ANI. “So much time has passed, and they are not saying anything. Not even allowing me to see,” she alleged.

His father Sunil Sahu said, “My 12-year-old daughter saw him falling into the borewell and informed me about the incident. We immediately rushed to the spot. He was breathing and we listened to his voice as we enquired. The rescue operation was started from 6 pm onwards on December 6.”

When asked about the rescue work taking so long, the administrative officials said that there were huge stones in the ground which made it difficult to reach the child directly. They opted to dig a pit and make a tunnel to be able to rescue the child.

The 8-year-old was playing in his field when he fell into a borewell pit on December 6. The family members said that a borewell was dug in the field recently.

The district administration and the police were informed about the incident, after which the SDRF team immediately reached the spot. It was ascertained that Tanmay was trapped at a depth of about 55 feet. Following this, the rescue operation began.

“NDRF is in contact with Chief Minister and we’re updating him from time to time. There was negligence from officers, the responsible will be punished,” MP Minister Inder Singh Parmar told ANI when asked about the operation on Friday.