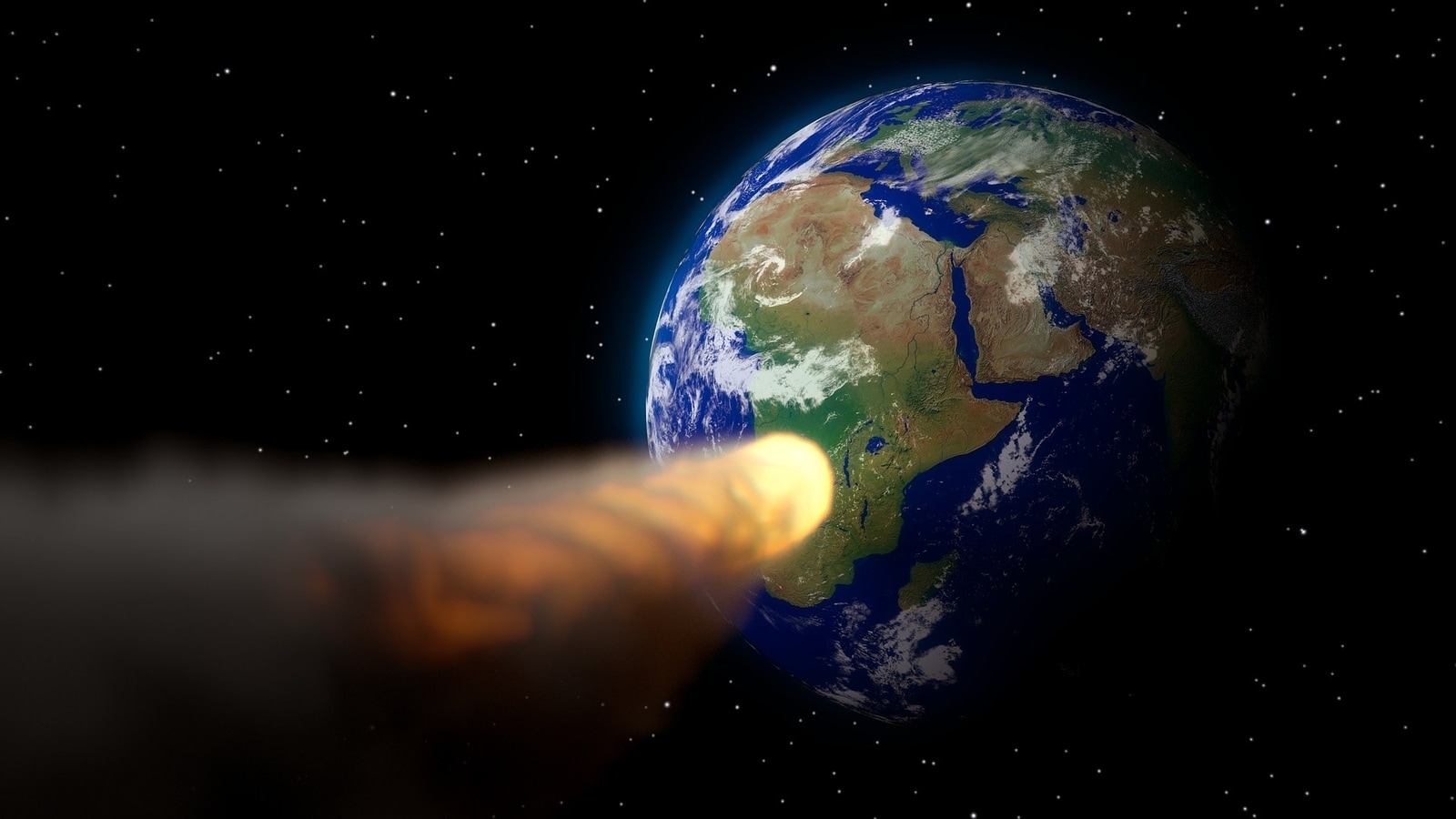 Asteroid flybys are not an uncommon phenomenon. In fact, small-sized asteroids fly past Earth almost every day. They do so safely and most of them burn up in the atmosphere itself and rarely any one of these space rocks ever touches the surface. If you’re wondering about planet-killing asteroids, they take a trip to Earth every few million years. To end all life on Earth, an asteroid would have to be about 96 km wide, according to NASA. Although nearly not anywhere as big, a stadium-sized 680-foot asteroid is all set to buzz Earth tomorrow. While it will not crash into Earth, it will come too close for comfort. Here’s what NASA says about this asteroid.

Space agencies around the world, including NASA are on alert as a gigantic 680-foot wide asteroid is expected to pass by Earth tomorrow, December 20. In fact, it is so big that its size can be compared to a whole stadium! NASA has warned that this space rock, named Asteroid 2014 HK129, will make its closest approach to Earth tomorrow at a distance of 2.5 million kilometers.

Although the distance might seem a lot, it is relatively a small number in astronomical distances, considering how big the asteroid is! It is already speeding towards our planet at a blistering 41689 kilometers per hour, which is nearly 3 times the speed of a hypersonic ballistic missile!

According to the-sky.org, the Asteroid 2014 HK129 belongs to the Apollo group of asteroids and it was discovered on April 27, 2014. This asteroid takes 810 days to complete one trip around the Sun during which its maximum distance from the Sun is 379 million kilometers and nearest distance is just 130 million kilometers!

NASA not only uses its space telescopes and observatories like the NEOWISE to observe and study distant asteroids, but also a variety of ground-based telescopes such as the Atacama Large Millimeter/submillimeter Array (ALMA) located in the Antofagasta Region of the Atacama Desert in Chile.

NASA also has a new impact monitoring system in place which uses an algorithm called Sentry-II to calculate the impact risk of Near-Earth Objects. NASA can track the orbital path of the asteroid using this infrared data and can even predict its orbit years into the future.