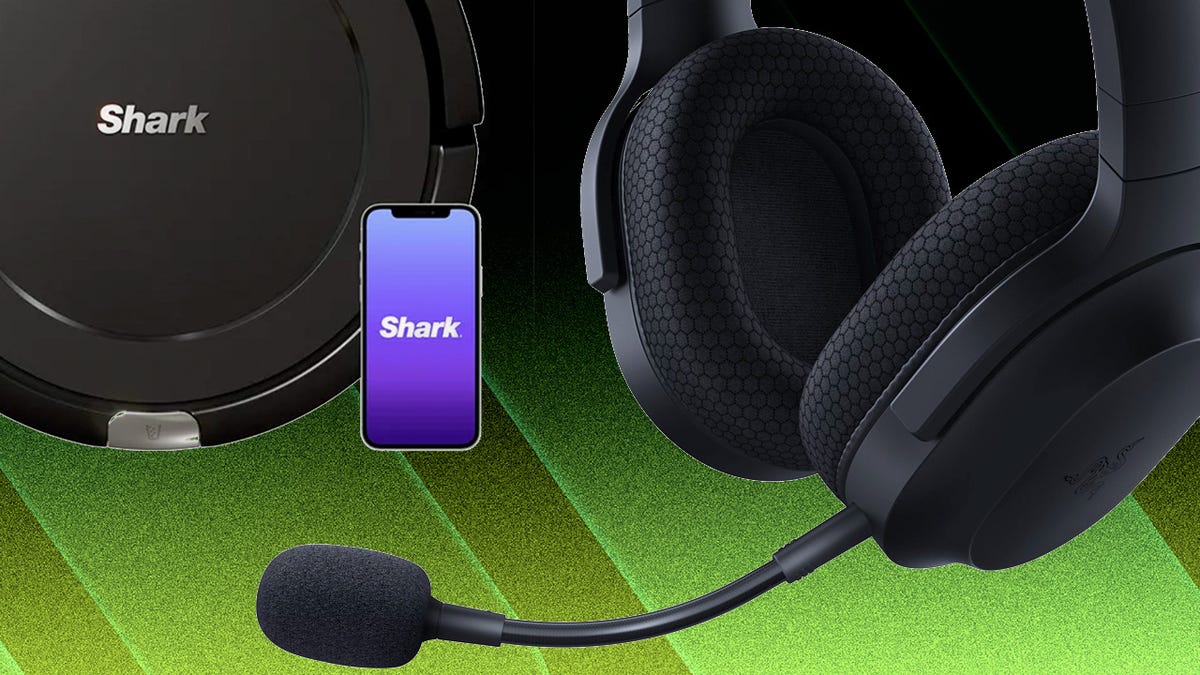 Black Friday is one of the best opportunities to pick up discount gifts and gadgets before the holidays.

The major shopping event will take place on Friday, Nov. 25 — the day after Thanksgiving. Many major US retailers launch Black Friday sales during this week with thousands of discounts on clothing, electronics, and more.

Walmart has extended the sales event by introducing “Black Friday Deals for Days,” and sales have started on tech devices like laptops, gaming consoles, mobile devices, robot vacuums, TVs, headphones, and more. As new deals roll in, we will keep updating our guide to cover the best early Walmart deals available. We’ve also been keeping an eye on deals from other retailers like Amazon, Target, and Best Buy to find the best Black Friday deals happening everywhere.

Check out the best Black Friday Walmart deals below.

The last time this page received an update, these were the latest Walmart deals worth checking out:

Below are the 10 best early Walmart deals we could find. However, farther down the page, you’ll see more interesting Walmart deals that are still worth checking out.

One of the top Walmart deals for Black Friday is on the 55-inch LG TV. This smart TV comes with a 4K UHD OLED display and a refresh rate of 120Hz. The TV contains an a7 AI processor for enhanced picture and sound quality. Plus, it’s more than $600 off right now.

An alternative TV offer available at Walmart before Black Friday is on a larger, 60-inch Samsung smart TV. Discounted by $280, this model comes with a 4K Crystal Ultra HD display, a 4K processor for image enhancement, and a 60Hz refresh rate.

One of Walmart’s Black Friday deals is for the Netgear Nighthawk AX2400 WiFi 6 router. This router is available for $99, a discount of 31%. The Nighthawk router offers speeds of up to 2.4Gbps and can handle multiple device demands at once — making it a great alternative to ISP-issued routers when you have multiple users in a household.

We’ve seen many robot vacuum deals during Black Friday sales in recent years. Ahead of the shopping event, Walmart is offering a $110 discount on the Shark ION robot vacuum, a budget-friendly Wi-Fi model that can be controlled via voice assistant or your mobile device. You can expect up to 120 minutes of cleaning on a single charge. Give the gift of hassle free cleaning this holiday season.

Headphone products appear in Black Friday sales every year without fail, and this year, we’ve found a decent deal on a gaming headset. You can currently save $50 on a Razer Barracuda X headset, suitable for gaming and mobile use. There is a detachable microphone and the headset is compatible with PC, PS5, Nintendo Switch, and Android.

If you’re on the hunt for a tablet ahead of Black Friday, Walmart has a fair deal available on the Lenovo Tab M8. This 8-inch tablet comes with 3GB RAM and 32GB SSD storage, and while the specifications aren’t very high, they are fair considering a price point of under $100. The tablet runs on Android 11.

Walmart has slashed the price of the Samsung Galaxy Tab A8. On sale for $139, this budget-friendly Android tablet comes with a 10.5″ LCD display, 3GB RAM, and 32GB storage.

We also found a Windows laptop deal for an HP Pavilion at Walmart. This laptop comes equipped with a 15.6-inch FHD display, an AMD Ryzen processor, 8GB RAM, and 512GB SSD storage.

If you need a pair of earbuds suitable for exercise and gym sessions, Walmart has you covered. You can save $50 on a pair of Bose Sport Earbuds, which are wireless. The set comes with soft, silicone cups, so they won’t fall out during rigorous activity like exercise.

We’ve also found a decent deal on an Apple smartwatch. Over at Walmart, you can pick up a 1st-generation Apple Watch SE complete with both GPS + Cellular connectivity for $199. Plus, the watch comes with an Abyss Blue sports band.

Here are some other Black Friday PC and laptop deals happening right now at Walmart:

Here are some other Black Friday TV deals happening right now at Walmart:

Here are some other Black Friday headphone deals happening right now at Walmart:

Other Black Friday deals at Walmart

Here are some other Black Friday deals happening right now at Walmart:

Walmart is one of the top retailers in the US, so you can expect the company to jump in when it comes to seasonal offers.

While Amazon, Best Buy, and Target also have early Black Friday deals, Walmart historically launches great deals on laptops, smartwatches, and IoT home gadgets. We will be using price trackers to make sure we tell you about the best deals leading up to Black Friday.

Black Friday takes place on the last Friday of November every year. In 2022, Black Friday will land on November 25.

Black Friday takes place the day after Thanksgiving, and it marks the beginning of the US holiday shopping season. However, in recent years, Black Friday has been extended to a full week and includes Cyber Monday.

Cyber Monday occurs after Thanksgiving and Black Friday. While originally associated with e-commerce, now many US retailers use the day to promote sales on technology including laptops, smartphones, tablets, and home electronics.

Our experts also split out the best deals by retailer, brand, and category, which you can see below.

Finally, here are some of the cheapest deals we’ve found so far:

Windows 11 gets a much-awaited fix for gaming bug

News Next Desk - November 30, 2022 0
Ben Stokes has left the door open for a possible U-turn on his ODI retirement for England's defence of the 50-over World Cup next...

Eurozone inflation slows to 10 per cent in November but rate...

News Next Desk - November 30, 2022 0
The inflation in the Euro zone has dropped to 10 per cent for the first time since November and in the process, it has...

News Next Desk - November 30, 2022 0
A security guard at the Ukrainian embassy in Madrid received minor injuries, after reading a letter bomb on Wednesday that was addressed to the Ukrainian ambassador....

News Next Desk - November 30, 2022 0
The Toledo Rockets face off with the Ohio Bobcats this Saturday in the MAC Championship game.The Rockets are 7-5 and on...
%d bloggers like this: