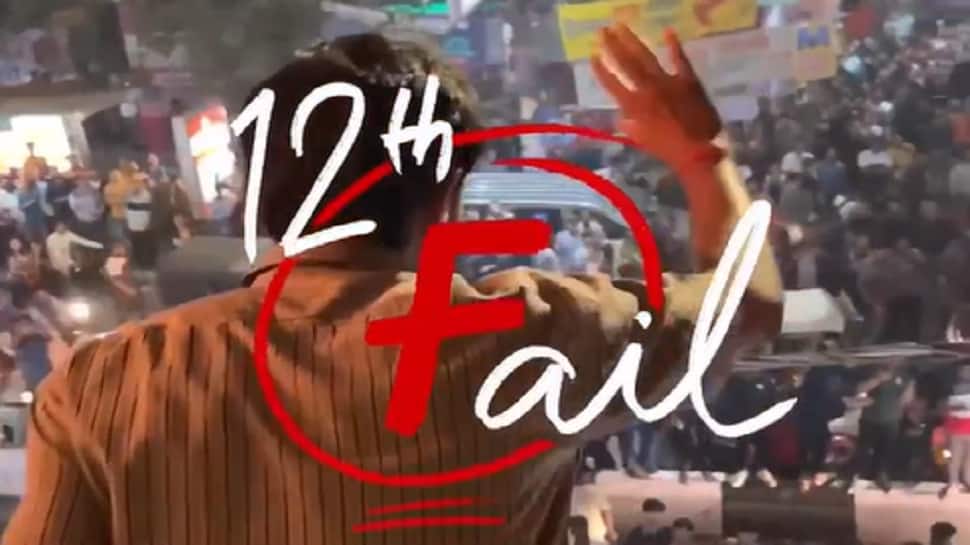 New Delhi: Vidhu Vinod Chopra’s upcoming ’12th Fail’ has been in the headlines for so many reasons and yet again it has grabbed everyone’s attention for being the first film that is shot in Delhi’s Mukherjee Nagar, the hub of Hindi Medium UPSC Preparations. Inspired by real life, the film encapsulates the story of aspiring IAS and IPS students.

With the zest to keep the film authentic, Vidhu Vinod Chopra decided to shoot the film in the real location itself.

Mukherjee Nagar is indeed the perfect location to shoot the film as it is swarmed with real students, hanging banners of coaching classes and has seen the birth of generations of bureaucrats.

It turned out to be a thrilling moment for the fans in Mukherjee Nagar to have the lead, Vikrant Massey, in their midst. They went crazy watching him shoot in their area as a commoner amongst them. Vikrant greeted them with great love while the director, VVC, had to wiggle his way out through the bustling crowd after the shoot.

The first schedule of ’12th Fail’ was wrapped up in Chambal, Agra, after which the team headed to Delhi’s Mukherjee Nagar for the second schedule.

Produced and directed by Vidhu Vinod Chopra, ’12th Fail’ is scheduled for a 2023 Summer release.